Now that Prince Fielder has officially signed his mega-contract, there are only a few big names left that could command some serious cash and years in their next contract. Let’s take a moment to look back on the teams that opened their checkbooks this past season and try to figure out who made moves for the better and who made moves for the worse.

Note: This list does not include players who were retained via a club or player option or contract extension. 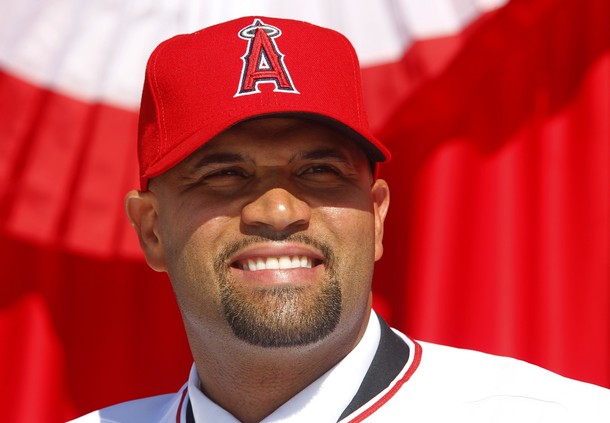 The Angels, seemingly out of nowhere, landed this offseason’s biggest free agent and a player that will go down as one of the best to ever play the game. Albert Pujols, now 32 years old, decided to leave St. Louis for sunny southern California and a whopping $240 million with performance bonuses over ten years plus a ten year, $10 million personal services contract once this player contract expires. Clearly, the Angels are going for it. That’s fairly obvious. Shortly after signing Pujols, they locked up starting pitcher C.J. Wilson to a five-year deal worth a cool $77.5 million to be their third starter. Both of these deals, however, carry a ton of risk in the long-term.

It’s almost impossible to imagine Albert Pujols being a very productive baseball player at age 42 when his contract expires. Baseball Reference lists Pujols’s most comparable player by age for the last three years as Jimmy Foxx. Foxx, a Hall of Famer, hit 534 home runs in his career and finished with a slash line of .325/.428/.609. Pujols, by comparison, has 455 home runs and a slash line of .328/.420/.617. Those are some incredibly impressive numbers, but if you look at Foxx as a comparison, the concerned cries over how Pujols might age become much louder. Like Pujols, Foxx was an elite player right from the start of his career and continued to be each year through his age 32 season. After his age 32 season, Foxx would never again hit over 20 home runs and only hit .300 with a .400 OBP once more, at age 33. By age 37, Foxx would finish his career by hitting .268/.336/.420 with seven home runs in 248 plate appearances in his final season. By the time Pujols is 37, he’ll still have five years remaining on his contract at which point he’ll be making $26-$30M per year.

A more recent example is Alex Rodriguez, who hasn’t played over 140 games in a season since 2007 and has gone from being an elite bat to a very good one. A-Rod will start this season at age 36.

C.J. Wilson, despite just recently turning into an All-Star starting pitcher, is already 31 years old, which means that he’ll be 35 by the end of his deal. He’s done a good job of generating groundballs in the last two years as well as sustaining an above average strikeout rate. However, his command is average and he has had some troubles in the postseason, where the Angels expect to be in 2012 and beyond. If Wilson pitches to his 2012 projections (Bill James’s projections call for a 3.31 ERA and 15 wins in 215 innings), he’ll earn the money he’s paid in the first few years of his deal (he will make $18 million and $20 million in the last two years respectively). 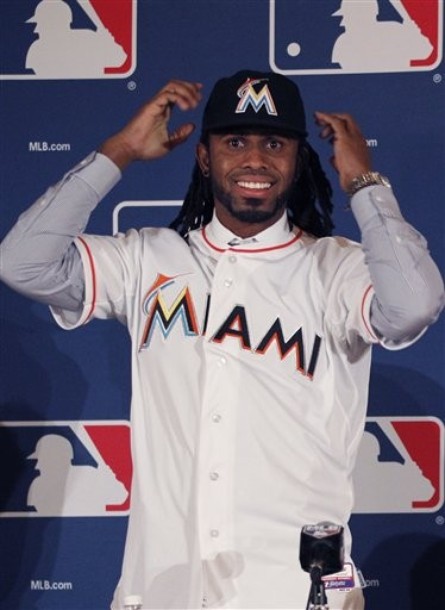 Jose Reyes is one of the most dynamic players in baseball. He’s also one of the biggest injury risks in baseball. Reyes has missed an average of 33 games over the past two seasons, and in 2009, he only played in 36 total games. A good chunk of Reyes’s injuries have had to do with his hamstrings, which is not a good sign for a player who provides value in his speed. Reyes used to be a guy that would swipe 60-80 bases. However, he stole only 30 bases in 2010 and 39 in 2011. As he reaches the later years of his contract, it’s unlikely that he’ll actually gain any speed. At least this contract only covers Reyes through age 33/34 (his birthday is in June), but the fate of this deal lies less in Reyes’s on-field skills as it does in the injury risk that could keep him off of the field.

Mark Buehrle will be 33 years old by opening day of this season, which will be the first year of his newly minted four-year contract. Over the past three seasons, Buehrle has been a consistent, albeit unspectacular, starting pitcher posting at least three wins above replacement (WAR) for all but one season over his major league career. Since becoming a full-time starter back in 2001, Buehrle hasn’t thrown fewer than 200 innings in any season. That type of consistency is hard to find.

Buehrle doesn’t throw hard, he doesn’t generate an extreme amount of groundballs or suppress home runs; he just knows how to pitch. If Buehrle continues to post 3-4 WAR per season, he’ll have earned his money.

Heath Bell is 34 years old and will be the Marlins closer for at least the next three seasons – he has an option for 2015 that vests with 55 games finished in 2014 or 100 games finished combined between 2013 and 2014. If his strikeout rate doesn’t bounce back, this could look like a mess of a deal in the end. Bell saw that K-rate drop drastically, about 10 percent, from 2010 to 2011. One way to look at it is that it was nothing more than an outlier and that his strikeout rate will return to normal going forward. The other way to look at it is that he’s 34 and his skills are declining – though he didn’t lose any fastball velocity from 2010 to 2011.

Relievers are almost impossible to predict due to small sample sizes, but the point really is less about whether Bell will enter a decline phase and more about paying $9M per year for a player that appears about 60-70 times over the course of 162 games.

Despite the risk involved in these deals, the Marlins are clearly a better team for them. Reyes and Bell bring star-power to a team that already features Hanley Ramirez, a charismatic and talented Logan Morrison and a rising superstar in Mike Stanton. Miami fans have proven that they’ll show up to see a winner and the Marlins ownership wants to provide just that in the first year of their brand new ballpark.

The Yanks didn’t wait long to make their first and most important signing, locking CC Sabathia up for another five years. Sabathia has been one of the most consistent starting pitchers in the big leagues over the last five years. He’ll enter 2012 at the age of 31, so he’ll only be 36 (37 in June of 2016). There’s a good chance that he is still an effective pitcher by then as long as he takes care of his body. In the short term, the signing is huge, as it gives the Yankees a true ace to lead a revamped starting rotation.

Hiroki Kuroda at $10 million for one year could look like a steal of a deal by season’s end. Yes, he moves from the NL West to the AL East and, yes, he is moving from Dodger Stadium to Yankee Stadium. However, Kuroda’s skill set is built to ease any worries about his change of scenery. He’s a groundball pitcher who brings forth excellent command and gets hitters to frequently offer at pitches outside the strike-zone.

All-in-all, the Yanks spent very wisely this winter while other teams were busy dishing out six to ten year deals. Sabathia is their only long-term signing and one of the safer pitchers to hand such a contract to. 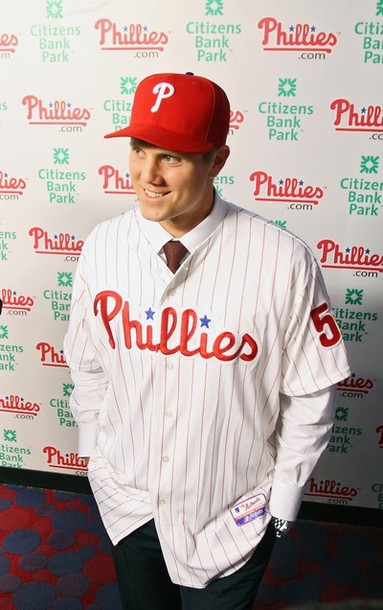 If you’re not a fan of handing closers big contracts, you must hate the deal Jonathan Papelbon signed. Four years and a whopping $50 million, with a vesting option for a fifth year, for a reliever seems like overkill. Jimmy Rollins, who will likely play in well over 1000 innings for the Phillies each year – playing offense and defense — will be making $11 million per year, compared to Papelbon’s $12.5 million average annual value for 60-70 innings per season.

Rollins wanted to stay in Philly and the two sides were able to work out a reasonable deal. This new partnership will run through Rollins’s age 33, 34, 35 seasons, which is much less of a risk compared to most of the long-term deals signed this winter. While Rollins may not swing the bat that he used to, he is still a valuable asset on defense and has the speed to steal 25-30 bases per year. Given the lack of impact shortstops in this offseason’s market, signing Rollins for three years and $33 million was a wise decision.

The only reason I listed Dontrelle Willis in the headline is because he could end up being one of the shrewdest signings of the offseason. As I’ve personally promoted for the last two years, Willis needed to be transformed into a reliever, which the Phillies finally did. Willis has proven beyond a doubt that he has become ineffective as a starter, but even with all of his struggles he has continually been dominant against left-handed batters. As a pitcher who comes in to face lefties and can stay in for the occasional righty, Willis could develop into a tremendous asset at a very affordable price. 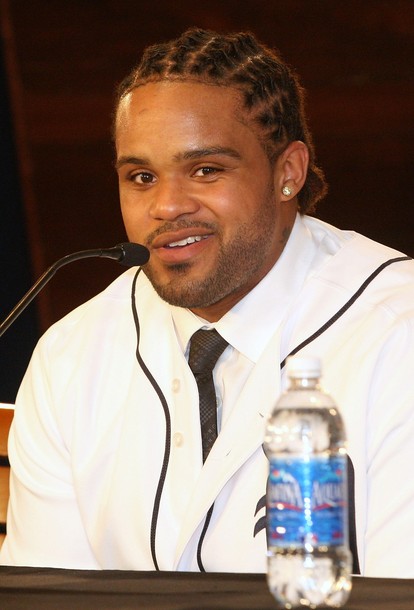 Lost your Victor Martinez? No problem! Just sign Prince Fielder! There is little doubt that Fielder is one of the elite hitters in the game right now and he is only 27, right in the midst of his prime. However, as great of a quick fix as this move is for the Tigers, there is very little chance that it ends up being a good long-term investment. Baseball Reference lists Hall of Famer Eddie Murray as Prince’s most comparable player at age 27. Murray, however, was a much, um, slimmer athlete than Prince at that point in his career – and his entire career for that matter. Even being a much better athlete, Murray still declined as he hit his mid-30s. In fact, after his age 34 season, Murray would not post a WAR above three for the rest of his career. Given Prince’s body-type, it is highly anticipated that he won’t age well in terms of his baseball skills.

More recently, we have seen another big left-handed slugger, Ryan Howard regress before our eyes. Howard was a monster of an offensive force through age 29, but in the last three years, his AVG, OBP and SLG have regressed each season and his defense has become a liability. Howard is now 32 years old and many project him to be completely diminished within the next three years.

At least Prince, unlike Howard, has the option of moving to DH toward the end of his career, but that move won’t keep his bat speed from regressing.

More than just the age and body-type concerns is the fact that Prince now calls a good pitcher’s park home. Without question, Prince has some of the most prodigious power in baseball and will blast baseballs well beyond the outfield walls of Comerica Park. However, his light-tower power is to his pull side and to center, which means he’s likely to lose a few home runs to the opposite field in Comerica given the difference in dimensions than those of Miller Park.

Much like the Pujols deal, the Tigers made a move that helped their chances of making the playoffs in 2012, but down the road the numbers are unlikely to warrant the weight of the Prince’s salary.