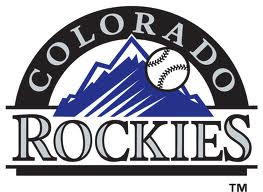 If your team has two of the best franchise cornerstones in baseball under the age of 30 signed long-term, how do you lose 98 games in a season involving both of those players? Simple: they combine to play 182 games, your team's pitching staff is an absolute disaster, your manager is a buffoon, and the team's front office is incompetent. Ladies and gentlemen, your 2012 Colorado Rockies! All isn't lost in Colorado, though.

Needs
The Rockies actually did a good option at transitioning to younger players in 2012, giving Wilin Rosario the majority of the playing time behind the plate instead of veteran Ramon Hernandez, trading Marco Scutaro at the trade deadline and giving his playing time to DJ LeMehieau, and starting Josh Rutledge at short in the second half with Troy Tulowitzki out. But there are still a lot of places where the Rockies might need to look to outside of the organization, most notably first base. Todd Helton missed a ton of time, resulting in iron gloved third basemen Jordan Pacheco and Chris Nelson both getting a lot of playing time to exploit their mediocrity. Of course, Helton is under contract next season, so he'll need to retire to free up the position and the money tied to it. The Rockies rotation is actually quite young (despite its awfulness), and acquiring veterans (Jamie Moyer, Jeremy Guthrie, Jonathan Sanchez) like they did last season completely bombed.

Possible Options
I don't think they'll do much, honestly. Colorado made a minor splash last season with Michael Cuddyer, and there really isn't room for someone like that this season on the team. If they do indeed look for a first baseman, it'll probably be a lower tier player unless Helton retires. Considering that the team has both Pacheco and Nelson on the team, I doubt that any of the lower tier players around (Carlos Lee, Casey Kotchman) would be much of an upgrade, if any. But knowing this team's front office, they'll spend foolishly on what they don't need, and I'm thinking they're going to make a run on pitching. I don't think the Rockies would look at much high-priced talent, but I can definitely see them throwing too much money at a cooked like a steak Derek Lowe and salivating at the prospect of his no longer elite sinker at Coors Field.

Trade Options
Ramon Hernandez is as good as gone in my mind. You just don't pay $3.2 million for a backup catcher that could start for a handful of teams in the league, especially when your starter is a young, pre-arb guy. I think they'd be wise to shop the unnecessary, banged up Michael Cuddyer and keep rolling with the youth movement and Charlie Blackmon. You know what else they should do, but probably won't? Shop relievers Rafael Betancourt and Matt Belisle after solid 2012 campaigns. But of course, both are making over $4 million last year, making them a lot less attractive to a smart GM.

Trade Targets
While the Rockies do have a lot of young pitching, I'm not sure how *good* that young pitching is. I think Drew Pomeranz could evolve into a top of the rotation starter, Jhoulys Chacin has major league success, and Juan Nicasio could be something good…but for the others, I don't see much. Christian Friedrich has been underwhelming since a great 2009, Alex White, Tyler Chatwood, and Josh Outman scream mediocrity to me, and Jorge de la Rosa is still working his way back from Tommy John. Getting more guys that miss bats would be a better thing for the Rockies, because as 2012 proved, any contact can turn disastrous in Coors Field.