The Orioles have the makings of one of the best rotations in the game, as well as the best position prospect. Unfortunately, the system lacks serious depth on the hitting side, and they are in a division that is brutally unforgiving of any weakness.

The Orioles have been, without a doubt, one of the biggest surprises of the 2012 baseball season. Unlike the Pirates and Dodgers, the Orioles have failed to fade and in fact have surged as the once AL East dominant Yankees struggled. No team outside of the Red Sox or Rays has challenged the Yankees like this since 2006 when the Blue Jays took home second place, finishing 10 games back of the Bronx Bombers. While the storylines in Baltimore have been spirited and warm, their road to contention was certainly not written this way three years ago when it was their stock of prospect that seemed destined to change the culture of Birdland.

In 2010, ESPN's Keith Law ranked the O's minor league system as the sixth best in baseball. While the Yankees, Red Sox, and Rays continued to dominate the top of the AL East standings, more and more analysts and members of the baseball media started to softly speak about the bright future of the Baltimore Orioles. After-all, they had golden boy prospect Matt Wieters on the big league roster, the fifth best prospect in baseball (according to Baseball America) in Brian Matusz, top 50 prospect third baseman Josh Bell, as well as up-and-coming pitching prospects Zach Britton and Jake Arietta. Top pitching prospect Chris Tillman had already debuted with the club in 2009 and a raw Adam Jones was continuing to progress at the big league level. Along with building block Nick Markakis, this was supposed to be the blueprint for a contending team perhaps two or three years down the road.

Fast forward to 2012. The Orioles are battling for first place in the AL East and their first playoff birth in 14 years. However, the contender that everyone envisioned back in 2009/2010 is certainly not the team on the field today.

Nick Markakis, though out with an injury right now, is still here and Adam Jones has blossomed into a bona fide star, but Matt Wieters has failed to come close to the lofty expectations bestowed upon him, Brian Matusz has battled injuries and inconsistent performance, Chris Tillman has yet to put it all together and Jake Arrieta has also battled injuries and inconsistent performance.

So, if most of the prospects that were supposed to make an impact have not done so, how did the O's do it? 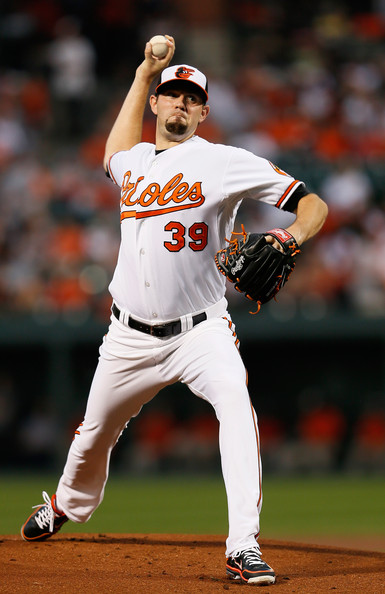 The pitching staff has been solid, though an amazing bit of patchwork at times. Every team deals with injuries, but the O's seem to have done an uncanny job of putting the right man in the right spot when someone went down. Jason Hammel, who the O's acquired along with Matt Lindstrom from the Rockies for Jeremy Guthrie, leads the pitching staff in Wins Above Replacement (WAR) despite missing chunks of time with injuries. Hammel, long seen as a pitcher with more potential than he ever showed in Colorado, broke out this season to the tune of a mid-threes ERA, 2.7 K/BB ratio and a ground ball rate of over 50-percent. Following closely behind with 2.3 WAR is international free agent acquisition Wei-Yin Chen who has thrown 175.2 innings as of September 13th with an ERA around four. I recently pegged Chen as one of the most valuable free agent signings of this past offseason. Jake Arrieta, before landing on the DL and missing most of July and August, was having an interesting season. Though his K/BB numbers showed great improvement, those strides were masked by a tendency to leave the ball over the plate too often, resulting in too many line drives and home runs allowed. Those three pitchers represent the only arms that have passed the 100 inning mark this season outside of Tommy Hunter, whose performance has been below replacement level.

To supplement the innings lost to injury and poor performance, the O's have tried a number of alternative arms. Miguel Gonzalez, who bounced mostly as a reliever from the Angels organization to the Red Sox organization and now to the Orioles as a minor league free agent, has made 12 starts for the O's this season, posting a 3.57 ERA to-date. Former top prospect Zach Britton has been teetering between Triple-A and the bigs, making a combined 10 starts for the Orioles this season while Brian Matusz has made 16 starts, though neither has excelled as many hoped they would have two years ago. The O's have also brought in struggling veterans like Randy Wolf and Joe Saunders in hopes that they could string together a few strong starts down the stretch.

The bullpen has been outstanding (forth lowest bullpen ERA in the American League), led by closer Jim Johnson with his 43 saves and 2.83 ERA. Johnson represents the only home grown bullpen arm that has thrown over 30 innings in the pen this season. The rest of the crew has been imported from outside sources… 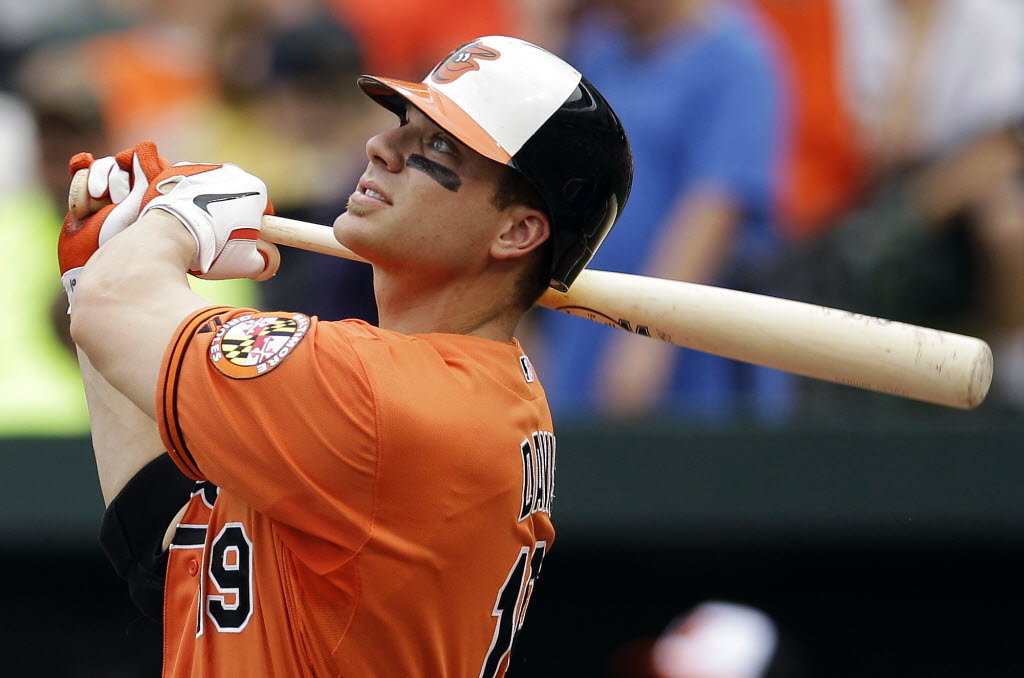 Leading the charge on the offensive side has been Adam Jones (.289/.338/.508 with 29 homers and 14 stolen bases). Home runs, in fact, have played a huge role for the O's this season. As of Tuesday afternoon, the O's had slugged the third most home runs in the American League, trailing the White Sox by only one long-ball. Once again, it has been mostly outside sources that have done a chunk of the damage…

Matt Wieters, though once again falling beneath his heavenly expectations, has had another solid season. With one more September home run, Wieters will set a career high in homers, though some fans will still find disappointment in his .252 AVG. However, as Wieters slowly continues to progress at the plate he continues to excel on defense, leading the pitching staff while throwing out 35-percent of would-be base stealers.

As much patchwork as there has been to this team's rotation, their starting eight has seen it's fair share of fill-ins as well. These fill-ins, however, aren't big name players acquired at the trade deadline. Nope, they are guys like Nate McLouth, Endy Chavez and Robert Andino. They even have a 20-year-old rookie — one of baseball's top prospect in Manny Machado — playing third base everyday during this crucial playoff push. It's a crock-pot of unlikely ingredients, but one that has continued to emit a rather pleasant outcome.

Whether the O's make the playoffs or not, they have had one heck of an unlikely season. Normally, I would not be so quick to give too much credit to a manager, but what Buck Showalter has done with this team simply cannot be overlooked. He has taken this hodgepodge of a team and kept them on a winning pace all season long through injuries and no-name replacement players.

This is not the team we all thought was being built two or three years ago. It's not loaded with home grown talent, it doesn't have a dominant starting rotation or a top 20 player — as good as Adam Jones has been this season, his OBP is just above league average and he doesn't have a top 30 OPS. The 2012 Orioles were mostly built by sifting through other teams' trash cans, picking out a few unwanted, tarnished pieces, and polishing off as many defects as possible. In the end, that could be good enough for postseason glory.