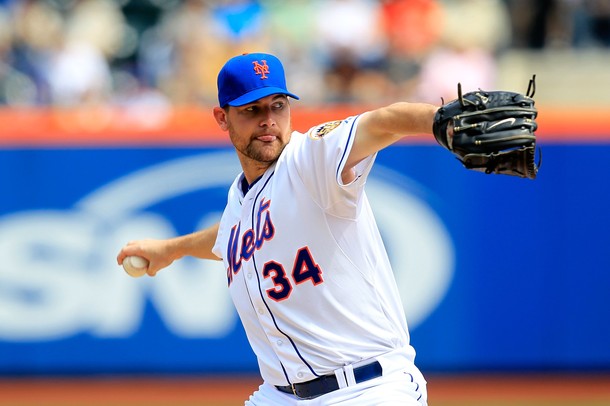 Another pitcher has gotten bit by the Tommy John bug: Mets starter Mike Pelfrey, who was placed on the DL on Tuesday with a sore elbow. The news was shared by Mets manager Terry Collins today after the Mets’ 3-2 win over the Marlins.

With Pelfrey due to hit his final year of arbitration after this season, and likely to make at least $6 million, it’s safe to assume that his career in New York is over. Pelfrey never really lived up to the expectations thrust onto him after being drafted ninth overall in the 2005 draft, as he never struck out more than 113 batters in a season or had an ERA under 3.66. For the Mets, he really was just an innings eater at the back-end of the rotation as opposed to a dominant ace like they envisioned.

It’s immediately unknown who will replace Pelfrey in New York’s rotation on a full-time basis, though reliever Miguel Batista got a start in game one of a doubleheader on Monday against the Giants. Chris Schwinden has been tabbed to start on Friday in Colorado, but the 25 year-old probably isn’t a long-term solution. He started four games for the Mets last season, and had a 4.71 ERA over 21 innings, striking out 17 and walking six. This season in AAA Buffalo, Schwinden made four starts and in 22 innings, he had a 2.05 ERA, walking nine and striking out 13.