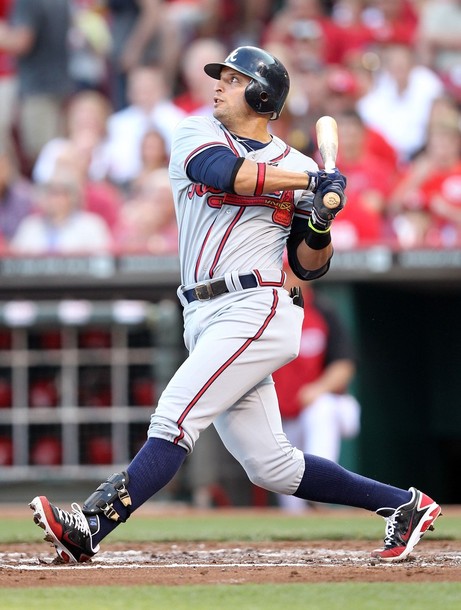 This will be the first matchup all season between the two top teams in the NL East. The Nationals are currently at the top of the division by a game over the Braves, and are coming off of a series win in Philadelphia, while the Braves went to Cincinnati and got swept by the Reds in a Cincy homer barrage. This series won’t decide the division for the season, but it WILL cast the first stone in a battle that will rage over the entire season.

The pitching matchups in this series immediately favor the visiting team, as they start their two best pitchers, Stephen Strasburg and Gio Gonzalez, over the final two games of the series. Ross Detweiler, who’s put together a good season himself thusfar, will start game one. The Braves counter with veteran Tim Hudson tonight, the struggling Mike Minor in game two on Saturday, and their best starter, Brandon Beachy, on Sunday’s primetime game three. Out of the six starters in the series, only Minor has a FIP above 3.50, or an ERA above 3.65. But while the Braves other two starters are good, neither can compare to Gonzalez and Strasburg, who are in both in the top three in the NL in fWAR and FIP this year, and are 1-2 in strikeout rate among National League starters. Yeah, they’re kind of good.

Offensively, the Braves have a distinct advantage over the Nationals, who have been beat up with a variety of injuries. Former Brave Adam LaRoche leads Washington’s offensive charge with eight homers and a .933 OPS. Leadoff hitter Ian Desmond is also having a breakout year, tying LaRoche with eight homers, but being beset by just a .299 OBP for the year. And how could I not mention rookie sensation Bryce Harper, who has an .817 OPS in 24 games in the majors. The banged up Nationals are without starting catcher Wilson Ramos, and starting outfielders Jayson Werth and Michael Morse, creating a situation where 1/3 of their offensive starters are backups. That overall setup creates little room for error among the normal starters.

The Braves offense started off like a house of fire this year, but has slowed in the last week without veteran Chipper Jones in the lineup. Jones’s replacement, Juan Francisco, has provided power, homering five times in only 84 plate appearances. However, he has just a .226 OBP and is draining the life out of the lineup, so much so that he’s been bumped to the eighth spot in the lineup recently. Struggling catcher Brian McCann has also missed games recently due to a virus, while Freddie Freeman and Jason Heyward have also sat out lately. The Braves offense has actually thrived at the top of the lineup, with center fielder Michael Bourn and left fielder Martin Prado setting the table perfectly for the meat of the order. Prado has a .399 OBP and an .884 OPS after an offseason where he was shopped heavily, and Bourn has a .366 OBP and .808 OPS in the season before he hits free agency. The pair has also combined for 19 stolen bases, with Prado’s six already eclipsing his total of four from 2011. But the heart of Atlanta’s order really hasn’t delivered this year. Heyward, Freeman, and McCann have all struggled getting on base (McCann’s .333 OBP is the highest of the bunch), and while Dan Uggla is getting on base at a .362 clip, he only has a .165 ISO, far and away the lowest of his career. 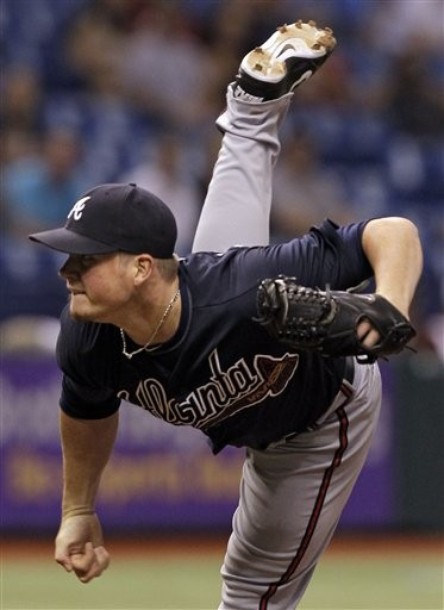 Atlanta’s bullpen hasn’t seen any turnover this year, with the same seven relievers making up the squad all year. Closer Craig Kimbrel remains one of the best in the league, and setup man Jonny Venters has also been dominant, despite allowing a couple more runs early on this year. The big surprises have been Kris Medlen, a year and a half removed from Tommy John surgery and showing a propensity for getting hitters out on weak contact, and veteran Livan Hernandez, thriving in his first career bullpen stint despite having nothing in the tank. Eric O’Flaherty, so good over his career with the Braves, is hitting his first roadblock in Atlanta, as he has struggled terribly against righties, which was a downvote on him from his years in Seattle.

Washington’s bullpen doesn’t have names as sexy as Atlanta’s, but they’ve been pretty damn good themselves. Tyler Clippard continues to be dominant, and might finally be the team’s closer after Henry Rodriguez’s continued struggles. Craig Stammen is an under the radar name, but has a 1.44 ERA this year while striking out a batter per inning, and going for more than just three outs an appearance. There’s also Sean Burnett, a largely situational guy who has a strikeout rate comparable to Clippard’s while only allowing one run in 12 2/3 innings this year. Even without closer Drew Storen, and the injury to veteran Brad Lidge, the Nationals’ bullpen has held strong this year.

Now, a pick….which I have proven to be absolutely awful at, and proves that you totally shouldn’t trust me for baseball gambling advice. I think the pitching advantage presented by the Nationals in the final two games of the series is too much for the Braves to overcome after winning the first game of the year. I think the Nationals take two out of three, and show the Braves that they’re a force to be reckoned with in the NL East this year.