When choosing a spotlight series, it's usually a difficult task. Most of the time, I have to choose between a team hovering around the .500 mark taking on a contender, or in some cases, the best matchup involves a team I just wrote about. Well, that's not the case this weekend. I glanced over the schedule, and it took me approximately two milliseconds to decide that this matchup between the Yankees and Nationals would be my spotlight series for the weekend. They're the two hottest teams in baseball, with the Yankees holding a 10-2 record in June, and the Nationals right behind them at 9-2. The Yankees possess the best overall record in the American League, while the Nationals are half a game behind the Dodgers for the best record in the National League.

Each team's last series was definitive towards telling the country how good they were. The Nationals went into Toronto, and held a powerful Blue Jays offense to a total of seven runs, winning all three games. Last weekend, they marched into Boston and held another great offense to just nine runs. 16 runs allowed over six games to two top six offenses, and they won all six games. That's something special. The Yankees were also impressive, sweeping the Mets and Braves while allowing a total of 13 runs over the six games. The Braves offense is top notch, but the Mets aren't very special. Furthermore, New York's offense showed up, scoring 30 runs over the two sweeps. 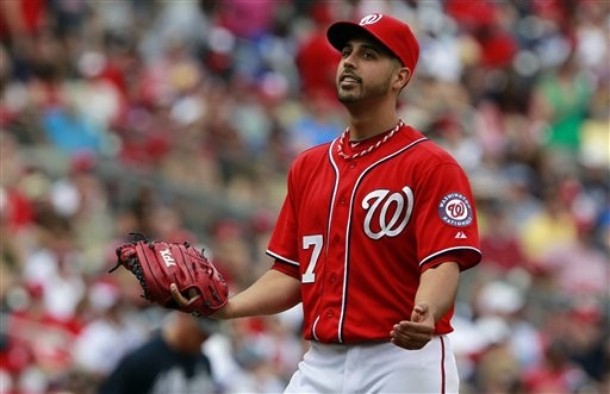 The pitching matchups in this series seem to favor the Nationals. While Washington's ace Stephen Strasburg won't be going, New York's ace CC Sabathia will also not be on the hill this weekend, nor will their #2, Hiroki Kuroda. Game one will pit Gio Gonzalez, one of the biggest surprise stories and best pitchers in the league so far this year, against Phil Hughes, who has struggled with gopher balls this year. Despite a solid 63 to 18 strikeout to walk ratio, Hughes has allowed 15 homers in 68 innings, and has allowed one in each of his starts this year. Gonzalez on the other hand, has been flat-out awesome, striking out 89 in 72 2/3 innings while walking 30 and allowing just one homer. Because of how deep he goes into counts, Gonzalez doesn't last very long in his starts, averaging just six innings a start.

Game two will pit Andy Pettitte against Jordan Zimmermann, Pettitte has showed no signs of rust this year, striking out 40 in 41 2/3 innings, walking just nine and pitching to a 2.83 ERA. He's gone at least six innings in all six of his starts this year. As for Zimmermann, he's having the same type of issue that Hughes is having: too many homers. Zimmermann has allowed ten dingers in 77 1/3 innings this year, while striking out 56 and walking 13. Zimmermann's homers haven't hurt as much as Hughes's have, though. And then we have game three, with Ivan Nova taking on Edwin Jackson. Homers have also doomed Nova this year, but his 69:22 strikeout to walk ratio is very good. Nova is also getting beaten down by some terrible luck, getting victimized by a .336 BABIP this year. Jackson has been great for Washington, posting a career-best strikeout to walk ratio and proving to be unhittable, allowing a career-best .628 OPS. 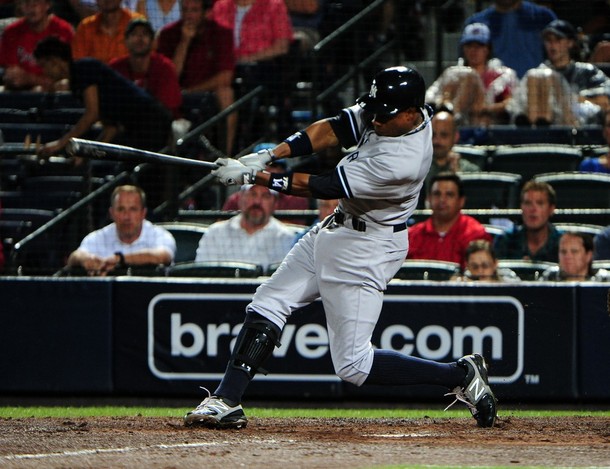 The Yankees offense…well, it's the Yankees offense, what the hell do you expect? They have a .791 OPS and 96 homers on the season. Six of their nine offensive regulars have at least ten homers, led by Curtis Granderson at 19. Even without a DH in Washington, the Yankees should be fine. The Yankees have been rotating players at DH, and with left fielder Brett Gardner having played sparingly, Raul Ibanez has gotten more time in the field than New York imagined going into the year. Sure, the Yankees will lose one of Ibanez or Andruw Jones in their lineup this weekend, but it's not the end of the world, like it would be for the Red Sox in interleague play.

The Nationals offense has been nowhere as good as the Yankees this year, slugging just 62 homers with a .712 OPS. But the Nationals do have the services of the best hitter between the two teams, phenom Bryce Harper. Harper leads the Nationals witih a .933 OPS, and his seven homers are third on the team (despite playing in just 41 games). Aside from Harper, the Nationals have a strong middle of the order bat in first baseman Adam LaRoche (.848 OPS, 11 homers), and little else. They've been wracked by injuries, and are currently without right fielder Jayson Werth. Left fielder Michael Morse and third baseman Ryan Zimmermann have also missed time, and struggled when healthy. If this offense didn't have Harper, they really wouldn't look good. With the 19 year-old in the lineup, they at least look presentable. 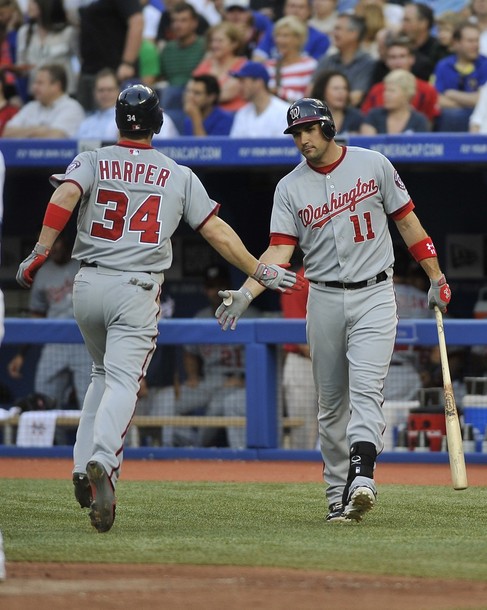 Picking a team in this series is tough, because it's the quintessential question in baseball: offense or pitching. The Yankees have an explosive offense and a mediocre staff, while the Nationals have a mediocre offense and a dynamic staff. But here's what it comes down to for me: Bryce Harper. He's better than every Yankees hitter, and can completely impact a game like no one on their offense can. Combine that with the superior pitching staff, and I think the Nationals are going to take this series. I'll earmark Washington for wins tonight and on Sunday, with a tight loss to Pettitte on Saturday.