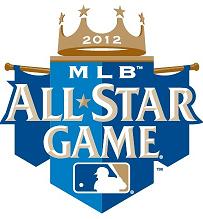 Every year fans and media members alike spend a great deal of time wringing their hands over the results of the All-Star voting.  Sure, sometimes someone not 100% deserving gets voted into the game, but we're focusing on the wrong problem here.

The real issue is that the ballot everyone is filling out is littered with players who don't deserve to be on it, much less receive actual votes.  There are so many awful selections available that one, if they were so inclined, could fill out an entire ballot with players that are injured, benched and/or not even in the majors anymore.

Turns out, I am so inclined.

AMERICAN LEAGUE
C – Salvador Perez: A talented young catcher, but also an injured young catcher who hasn't played all season after getting hurt early in spring training
1B – Daric Barton: Barton currently plays for the Triple-A Sacramento River Cats… and he isn't even a starter
2B – Ryan Raburn: Turns out a .420 OPS does not get you on the All-Star team, but it does get you optioned to the minors
3B – Danny Valencia: If the Twins think you're not good enough to be in their lineup much less the big league roster, you're probably not an All-Star
SS – Brendan Ryan: He is currently hitting .157, need I say more?
OF – Peter Bourjos: It is one thing to get benched, it is quite another to get benched in favor of Vernon Wells
OF – Ben Revere: His numbers look good now, but it took two trips to the minors this season to get him there
OF – Eric Thames: He beat out Travis Snider to get the Opening Day spot in left for Toronto and the spot on the All-Star ballot, alas he and Snider are now teammates in Las Vegas
DH – Anyone: Baseball purists are just mad that they even have to vote for a DH at all

C – Geovany Soto: He has been awful this season AND he's currently on the DL, a real double threat!

1B – Gaby Sanchez: His recent demotion to the minors was brief, unlike his season-long slump
2B – Orlando Hudson: Suckers, O-Dog isn't even in the NL anymore… because the Padres released him
3B – Chris Nelson: On the ballot despite being the Rockies' starting 3B for a week
SS – Tyler Pastornicky: A .611 OPS is definitely not All-Star worthy, especially when that is your OPS for the Gwinnett Braves
OF – Aubrey Huff: Brandon Belt has been freed, but Huff is still holding a spot on the All-Star ballot hostage
OF – Nyjer Morgan: Morgan having a rough season, but the real issue is that he is blocking Tony Plush from getting the All-Star votes he deserves
OF – Marlon Byrd: Our one and only member of the All-Star ballot that is currently unemployed…and he's actually played with TWO teams in the majors this year