2012 was one of the better years for baseball in recent memory. Partially because the Giants won the World Series (HOMER~!) but also because we saw overall revenue up due to fantastic TV contracts, we saw the ascension to greatness of some of the best young players the game has seen in at least a decade, if not more, and we also saw the addition of the one-game Wild Card playoff. Okay, that last one actually sucked, but hey! We need more teams in the playoffs and all that. So to celebrate this great year, I've come up with something for each team in baseball that I liked in 2012.

Arizona Diamondbacks: I liked that Aaron Hill had such a fantastic comeback year, with the major highlight being his two cycles. He found the stroke that made him one of the elite second basemen in all of baseball a few years back and is majorly affordable for a team that seemingly is on the cusp every year. 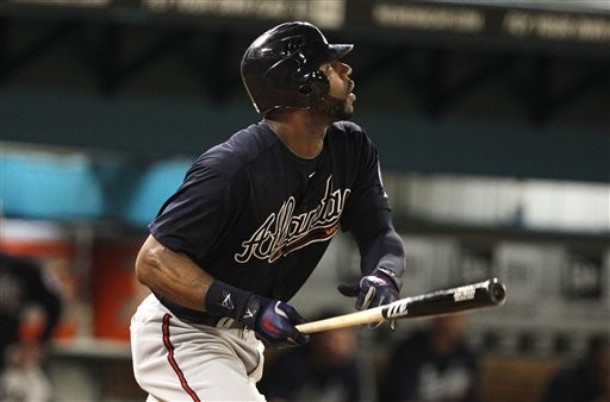 Atlanta Braves: I liked that Jason Heyward made his comeback as well, showing that the sophomore slump, although very real, only allowed him to re-focus and turn in an Age 23 season that has him back on that trail to superstardom. He's one of the best players in baseball to watch, especially his goofy warmup swing he takes as he steps out of the on-deck circle.

Baltimore Orioles: I liked that they decided to go for it after the trade deadline, bringing up Manny Machado, installing him at third base and allowing Mark Reynolds to flourish at first base while moving Chris Davis into the DH role that allowed them to roll into the playoffs. I also liked that in one year, Dan Duquette has positioned the team to compete right away, even with things like Pythagorean records and one-run victories dampening their season in the sabermetric community. This team has a chance to be good for a while, especially if Dylan Bundy becomes the force he's supposed to be.

Boston Red Sox: I liked that the Bobby V experiment failed. And failed in spectacular fashion. I also liked that in response to that, they traded for a manager, something that hadn't been done in about a decade. And did it with the Blue Jays. Because Alex Anthopolous knows how to trade anyone in his organization for something that could help him win at some point.

Chicago White Sox: I liked the return of The Big Donkey. Adam Dunn's horrific 2011 was historically bad and set a precedent for the worst season ever by a first-year free agent signing. Luckily, he went back to being Adam Dunn in 2012, and should be swatting homers and fanning catcher's faces again over the remaining years he has as a Pale Hose. 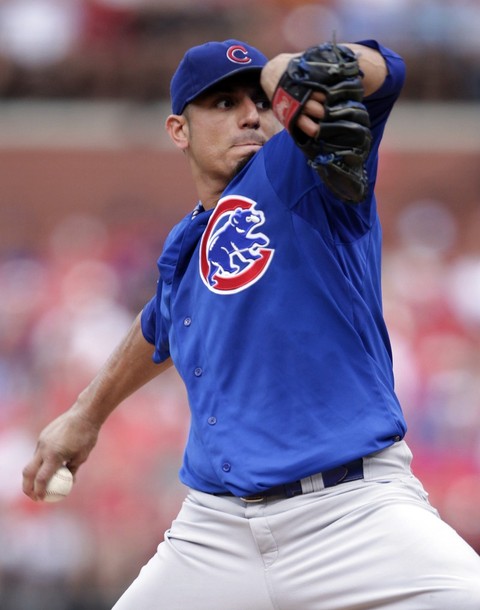 Chicago Cubs: I liked that they realized what they were: A team that wasn't going to contend and could only build if they sucked it up and traded for people in the right situations. I think that holding on to someone like Matt Garza has been a blessing due to the current trade market for pitchers (even including his injury), and if they hold on to him and he flourishes in the first half of 2013, his trade value can only get better. I also liked that they let CM Punk sing "Take Me Out To The Ball Game."

Cincinnati Reds: I liked this. From the non-homer department, I like that Dusty Baker is still the same manager after all these years. Aroldis Chapman was probably the most dominant reliever in baseball, yet he never brought him in for any situation other than the ninth inning. Ever. I fear for his arm as a starter next year.

Houston Astros: I like that Sonoma, California native Brett Wallace played for them this year. I also like that they moved to the American League for 2013 because now there FINALLY is balance between the two leagues. Each division has five teams, and each league has 15 teams. It's about time. Finally, I liked that they hired Kevin Goldstein to run their pro scouting. Couldn't have happened to a nicer guy.

Kansas City Royals: I like the powder blues. I can never hate those. I like Frenchy bringing home the bacon. And I love me some Rany. This was epic.

Los Angeles Angels of Anaheim: I like Mike Trout. Period. How nuts is a guy to turn 21 two-thirds of the way through the season and put up the best season in the history of baseball for ANYONE his age? Might be even more nuts than him not winning the MVP because of it. Wait…

Los Angeles Dodgers: As a preface, I'm a Giants fan. So I can't in good faith like the Dodgers. But when Vin Scully gets on Twitter? Yeah, I can get behind that.

Miami Marlins: I like Giancarlo Stanton. I saw him play against the Giants on consecutive nights back in May. I saw him hit a true line drive to the wall at AT&T Park. It went maybe 10 feet up in the air and hit the left center field wall. That's insane. If they pushed each fence back 50 feet across baseball, I'd still peg him to hit 50 homers next year.

Milwaukee Brewers: I like Bob Uecker and am definitely glad to see him back in the booth after his health scare. I also like that Ryan Braun had a better year in 2012 than he did in 2011 that won him the MVP, but didn't win the MVP due to a combination of the Buster Posey and voters being sanctimonious about his almost-PED bust. About right. 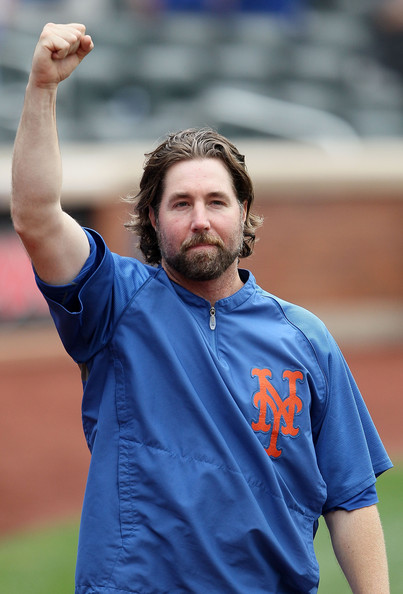 Oakland Athletics: I like that they started something like 459 rookies this season. I also like that they brought The Bernie Dance to national prominence. I also liked Jonny Gomes wearing the phenomenal A's robe during their AL West winning celebration.

Philadelphia Phillies: I like that Cliff Lee turned in one of the great pitching anamolies that anyone has ever seen. To break it down between 2011 and 2012: Less innings due to lack of complete games (and shutouts), but had a better K/BB ratio, a similar strikeout rate, similar walk rate, slightly higher ERA, FIP and xFIP, but went from 17-8 to 6-9. 4.9 WAR. AND PEOPLE THINK HE HAD A BAD YEAR. I like the fact that he didn't.

Pittsburgh Pirates: So many things to like: The return to prominence of A.J. Burnett, breakouts for Andrew McCutchern and Pedro Alvarez, ZOLTAN~!, and the fact that they can rest on their laurels knowing they have help coming in the way of some of the best pitching prospects in all of baseball. I'm pretty sure I'm gonna like the 2013 Pirates, too.

San Diego Padres: I like Chase Headley finally becoming What People Thought Chase Headley Could Be. I also like the fact that they have about 10 prospects that could be Major League ready in 2013. Watch out for this team if any of them catch on.

Seattle Mariners: I liked Felix Hernandez still pitching his ass off for a team that continues to underperform. He's a joy to watch. I hope they figure out a way to keep him around for all the young pitchers they have coming up.

St. Louis Cardinals: I liked the fact that they let The Best Player In Baseball go in free agency and still made the playoffs, making my cries for John Mozeliak and him being not smart look…well…not smart. I also liked hearing Joe Buck grow more sour as Barry Zito began a second miraculous Giants playoff comeback. Then again, I love it when Joe Buck gets his.

Tampa Bay Rays: I like how they continue to be so awesome at putting a winning baseball team on the field. How the hell do you get Jeff Keppinger to hit .325/.367/.439? And yes, the Wil Myers trade is going to be huge for them. 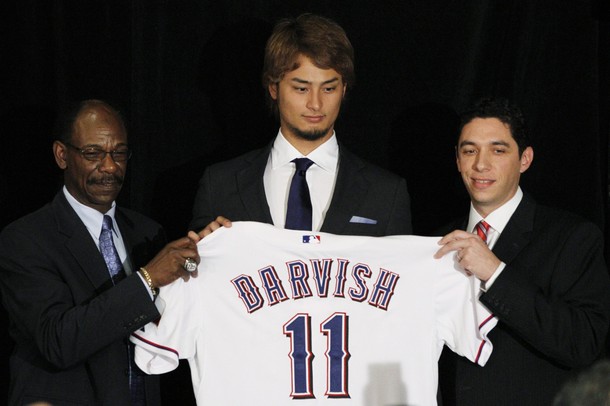 Texas Rangers: I like to say the following phrase: Yu Darvish: Texas Ranger. I also REALLY like Jurickson Profar and hope Texas doesn't trade him for Justin Upton.

Toronto Blue Jays: I really like my former employers going out of their way to take back control of Major League Baseball's headlines after 20 years of near silence. Also, they brought back the greatest uniforms of all time with a modern twist. I can't wait to see what 2013 holds.

Washington Nationals: I liked watching Bryce Harper take BP at AT&T Park and hitting homers that only Barry Bonds could hit. I also like that they continue to realize they are in a win-now situation and are doing everything they can to stay on top of that division.