With each spring comes a variance of storylines ranging from position battles to epic comebacks of players once thought to be left to the baseball graveyard. It’s these players that remind us what baseball is all about. It’s about heart and a passion to never give up no matter what the circumstances. Below are two are two players that exemplify that theme and are destined to break camp as an unlikely yet record setting members of their respective major league rosters. 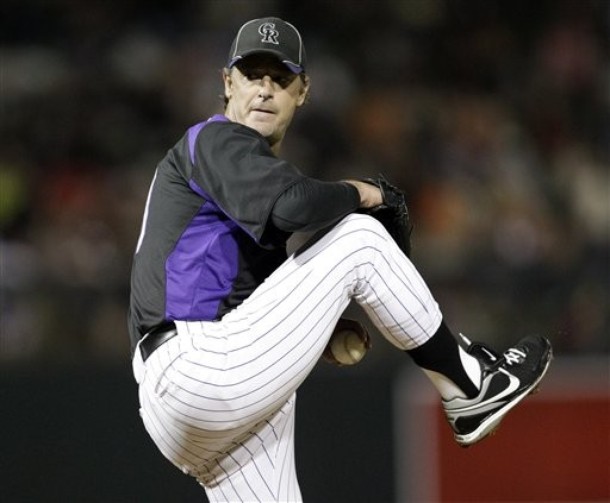 Jaime Moyer is set to become the oldest starting pitcher to make an opening day roster. Last year, Moyer decided to undergo a procedure mostly reserved for the younger generations. In November of 2010, Moyer opted to have Tommy John surgery with hopes of making a comeback to the big leagues at age 49. That comeback is nearly officially complete as he is set to start on Saturday against the Houston Astros. If Moyer should win that game, he’ll become the oldest pitcher in baseball history to earn a win.

Moyer’s career has spanned 24 seasons, which is its own miraculous accomplishment since he was seemingly washed-up at age 32. However, what people thought was then a late-career comeback with Seattle lasted more than just a few more years. During his nine full seasons with Seattle, Moyer posted an ERA below 4.00 six times, with two 20-win seasons (even if you don’t value wins all that much, you have to admit that a pitcher still needs to have a high level of skill to accomplish the feat).

Whether or not Moyer can successfully pitch over the course of another full season is yet to be seen, but this story isn’t about success or failure, it’s about a burning desire to play the game of baseball and you have to love and cheer for that.

Years ago, no one would have thought that Omar Visquel would be relegated to a utility role. Then again, I’m not sure many people thought that he’d be hanging around the major leagues at age 44. Vizquel, an 11-time Gold Glover, hasn’t played in over 110 games since 2007. However, he has continued his career as a utility man and mentor to the young up-and-comers for several clubs, calling upon experience dating back to his first big league season in 1989. From 1993 to 2001, Vizquel won nine consecutive Gold Glove awards. He is a career .272 hitter with a very respectable .337 OBP and 401 stolen bases. The first time the soon-to-be 45-year-old takes the field as a shortstop this season, he will instantly become the oldest player to ever play shortstop in the big leagues.

Once Vizquel’s career is over, he’s likely headed straight to Cooperstown. For now, however, we can enjoy the few remaining moments when this 5’9” defensive giant takes the field to flash the leather.