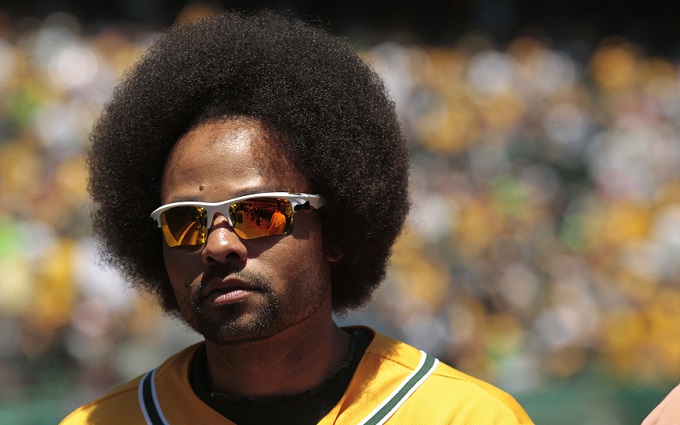 We're less than two weeks away from MLB announcing the rosters for the 2013 All-Star Game at Citi Field. (You have until July 4 to fill out your ballots.)

There might be some surprises in fan voting (such as the number of Baltimore Orioles in the starting lineup, if current vote totals hold), but for the most part, we know who's going to start for the American League and National League on July 16.

Regardless of All-Star recognition, there are other player MLB players putting up good numbers that won't get the attention of fans and commentators. These names are nonetheless important to their respective teams' fortunes, making important contributions. In some cases, their performances are the lone bright spots for some clubs that haven't met expectations this year.

On Monday, Joe Lucia picked a roster of breakout stars for the 2013 season. Let's follow that up with a list of MLB's most underrated players for the first half of the year. What would an all-underrated team look like, position-by-position?

It's unlikely that any of these players will be an All-Star this season, even though the rosters must have at least one representative from each of the 30 MLB teams. But a few of them could be worthy All-Stars. Maybe one or two will actually end up getting chosen.

C: Jonathan Lucroy, Brewers. Take a guess at who leads the Brewers in RBI. Ryan Braun, right? No? Carlos Gomez then? Wrong again. How about Lucroy, who's driven in 40 runs? That ranks him third among MLB catchers.

No, RBI isn't as important a stat as we once may have thought. But Lucroy typically bats fourth or fifth in Milwaukee's batting order, showing how important a hitter he is for that lineup. His .279 average is fifth-best among his catching peers, by the way.

Yadier Molina, Buster Posey and Carlos Ruiz are routinely mentioned as the National League's best catchers, as they should be. But Lucroy's offensive numbers should put him in that company.

1B: Mitch Moreland, Rangers. How were the Rangers going to replace Josh Hamilton's left-handed power? Well, one guy wasn't going to do it alone.

But Moreland has certainly contributed to the cause. His 12 home runs rank third on the team, while his .541 slugging percentage and .870 OPS are tops in the Texas lineup. At the rate he's going, Moreland will very likely surpass his career home run and RBI totals.

Since his 2010 postseason breakout, the Rangers have wondered whether or not  Moreland could be their full-time first baseman. Texas eventually passed on free-agent upgrades like Prince Fielder or Adam LaRoche, and Moreland is making the Rangers front office look smart for doing so.

2B: Omar Infante, Tigers. Second base was a major problem for the Tigers last year until they brought back Infante, who began his career as a utility infielder in Detroit. While Anibal Sanchez was the flashier and longer-term acquisition in a trade deadline deal with the Marlins, Infante provided much needed stability at a problem position.

His .300 average is the third-best in the Tigers lineup behind Miguel Cabrera and Jhonny Peralta, while placing him fifth among MLB second basemen. Additionally, FanGraphs' Ultimate Zone Rating (UZR) ranks him as MLB's best defender at that position thus far. Infante is a free agent after this season, and Detroit will almost certainly have to bring him back as there's no suitable replacement waiting.

SS: Brandon Crawford, Giants. Crawford has typically been known for his stellar defense at shortstop while not offering much with his bat. That's turned around a bit this season. Though UZR is a more reliable measure of a full season, Crawford ranks eighth in the NL at his position defensively. That's certainly contributed to the Giants leading the NL in team defense.

Meanwhile, his .280 average ranks sixth among Giants hitters this season and his .340 on-base percentage is the fourth-best on the team. Getting that sort of production from a position where it wasn't expected is one of the reasons San Francisco is tied for fifth in runs scored among NL teams.

3B: Kyle Seager, Mariners. While younger players like Justin Smoak and Dustin Ackley have performed below expectations for Seattle, Seager has been one of the bright spots in the Mariners lineup over the past two seasons.

Last year, Seager broke out with 20 homers and 86 RBI. With nine homers and 33 RBI so far this seson, he's not on pace to match those numbers in 2013. But Seager still leads Mariners hitters with a .282 average and ranks second with an .800 OPS. He also provides solid defense at third base, giving Seattle a strong left side of the infield defensively.

Though Seager has been a pleasant surprise for the Mariners, being the team's leading hitter is surely not what general manager Jack Zduriencik had in mind. Until he can find an upgrade, Seattle will continue to struggle offensively. 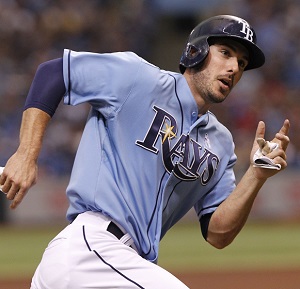 But the Rays were already getting solid production from one of their other corner outfielders. Joyce's 14 homers and .837 OPS both rank second on the team behind Evan Longoria. Having that kind of pop at the top of the lineup is a big reason why Tampa Bay has scored the fourth-most runs in the AL.

His defense in the outfield hasn't been a strength, but having the versatility to play both right and left field has allowed Tampa Bay to add Myers to the lineup without having to put Joyce on the bench.

CF: Coco Crisp, Athletics. Crisp isn't typically listed among the AL's best center fielders. When the A's acquired Chris Young during the offseason, it looked as if he might not be considered the best center fielder on his own team.

Yet Crisp leads MLB players at that position with a .363 on-base percentage and .832 OPS, while his .279 average ranks fourth. That .279 mark is also fourth-best among a rather powerful Oakland lineup.

Other center fielders such as Jacoby Ellsbury and Michael Bourn might be better defensively, according to UZR, but do either of them have a cooler bobblehead than Crisp's "lean" model? It's highly doubtful.

RF: Nate Schierholtz, Cubs. If Schierholtz keeps playing the way he has, it's unlikely he'll end the season in a Cubs uniform. Any team looking for a left-handed bat and corner outfielder — such as the Yankees or Pirates — could show some interest at the trade deadline.

Schierholtz is batting .296 with a .905 OPS, 10 home runs and 29 RBI in 217 plate appearances for the Cubs this year. Did the front office envision acquiring the team's leading hitter when it signed him as a free agent? Schierholtz's home run and RBI totals are also in the top three among Cubs regulars.

Ultimately, however, he'll probably be more beneficial to the Cubs in whatever he yields in a trade.

DH: Adam Lind, Jays. Since only half the teams in MLB play with a designated hitter, maybe we shouldn't include that position on this list. But Lind is definitely underrated, especially among more celebrated DHs such as David Ortiz and Victor Martinez. He's not even listed on the 2013 All-Star ballot.

During the past three years, Lind has been a disappointment, failing to fulfill the potential that he demonstrated in his breakout 2009 season. But he's been a standout in what's been a subpar season for the Blue Jays until recently.

Perhaps it's not a coincidence that Toronto started playing better as Lind heated up at the plate. In June, he's batting .361 with a 1.006 OPS, six homers and 19 RBI. That's pushed Lind's season average to .330 and OPS to .939, both of which lead Blue Jays hitters. 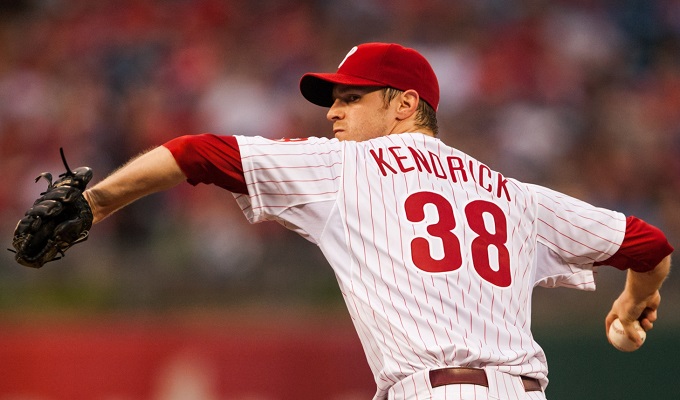 But Kendrick has been Philadelphia's second-best starter this season, compiling a 6-4 record and 3.56 ERA. Though his strikeout rate has decreased a bit so far, Kendrick is allowing the fewest hits and walks per nine innings of his seven-year MLB career.

With a tough decision to make on Halladay after the season and the possibility of trading Lee always looming (at least among reporters and analysts), having Kendrick through 2014 is a nice luxury for the Phillies.

RP: Glen Perkins, Twins. Closers like Jonathan Papelbon and Jason Grilli might attract the most interest leading up to the July 31 trade deadline. But Perkins might be the closer who ultimately gets dealt to a playoff contender.

Yes, that's right. Perkins is tied for fourth in MLB with 19 saves, blowing only two opportunities this season. In addition, the 30-year-old left-hander has a 2.20 ERA and 0.80 WHIP (walks and hits per nine innings), while allowing an opponents' batting average of .170. His strikeout rate of 12.6 per nine frames is the highest of his career.

And for anyone worried how a left-handed closer might fare against right-handed hitters, Perkins is actually pitching better against righties this year. He's allowed a .149 average and .459 OPS in such matchups.