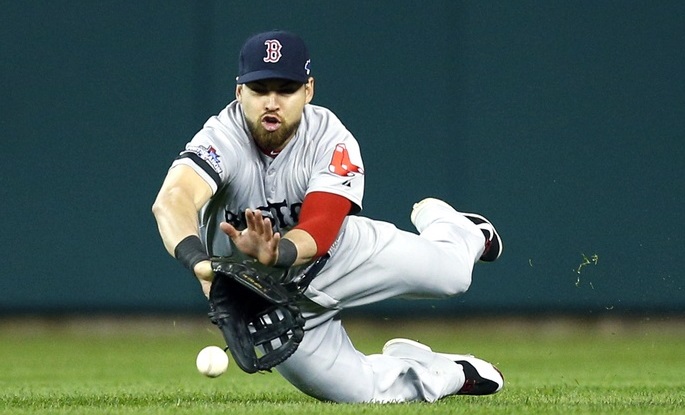 Here's where the marquee free agent hitters are hanging out. This crop of outfielders offers three players that could be major difference makers for any club that signs them, two of whom could pay off as long-term investments. But there are also a few names coming off injuries or suspensions that could turn out to be significant bargains on the open market. Teams looking for superstars or very solid role players can find both sorts of players among this outfielder class.

1. Jacoby Ellsbury. Ellsbury, 30, figures to cash in big this offseason. Obviously, agent Scott Boras will make sure his client gets full value on the open market. Recent injury history could be a concern for a long-term contract.. But how many teams could use a leadoff hitter with speed who also plays outstanding defense in center field? OK, Michael Bourn had to wait until February to sign last offseason. Yet Bourn never put up the kinds of numbers Ellsbury has. He's two years removed from a MVP-caliber season in which he hit .321 with 46 doubles, 32 homers, 105 RBI and 39 stolen bases. The power appears to have been an anomaly, but the hitting, speed (a league-leading 52 steals this year) and defense are still there. Unless Boras overestimates the market or teams just don't want to deal with him, Ellsbury figures to be in heavy demand.

2. Shin-Soo Choo. The Reds got exactly what they hoped for from Choo, 31, after acquiring him from the Indians last winter. He gave Cincinnati a leadoff batter who could get on-base and hit for power. In 712 plate appearances this season, Choo batted .285 with an .885 OPS, 34 doubles, 21 homers, 54 RBI and 20 stolen bases. He's also represented by Scott Boras, so figures to wait until later in the offseason until the best possible offer is made. But with Ellsbury also on the market, one of these outfielders may sign earlier in the process. Choo's subpar defense might make him less expensive, but his power could make him the more attractive buy. 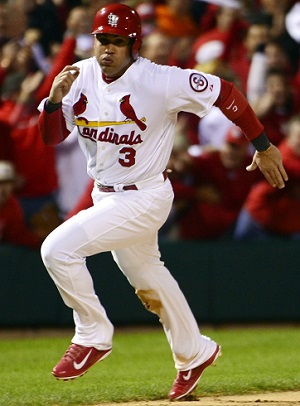 3. Carlos Beltran. The two-year, $26 million deal Beltran signed with the Cardinals before the 2012 season turned out to be quite a bargain for the 2013 NL champs. He could get a raise after hitting .282 with an .836 OPS, 56 homers and 181 RBI during his two years with St. Louis. Yet Beltran will also turn 37 shortly after the 2014 season begins, so another short-term deal looks likely. Plenty of teams will take that switch-hitting production, however. Perhaps Beltran could get a longer deal if he's willing to eventually settle into a DH role with an American League team.

4. Curtis Granderson. Broken forearm and finger injuries limited Granderson to 61 games this season, which had to be frustrating in the final year of his contract. (Of course, it was frustrating for the Yankees, who lacked for healthy, productive players this year.) The question with Granderson, 32, is how he might perform in another home ballpark. In Yankee Stadium, he was a 40-homer slugger. But his batting average has taken a nosedive since 2008, which might make him less expensive. Could getting away from that short right-field porch help him become a line-drive hitter who racked up doubles and triples again?

5. Nelson Cruz. Any team looking to sign Cruz, 33, should get him at a discount, considering he's coming off a 50-game PED suspension. The rightfielder also didn't benefit from a long postseason run that allowed him to impress potential suitors, as Jhonny Peralta did with the Tigers. But Cruz is a consistent power hitter, averaging 27 homers over the past five seasons. The need for right-handed power throughout MLB should ensure that Cruz gets a nice contract somewhere. Did accepting the suspension, rather than play out the season, burn a bridge with the Rangers?

6. Marlon Byrd. Byrd might be placed too high on this list. But the 36-year-old underwent a revival this season after looking as if he was done as a major league ballplayer. After hitting .285 with 21 homers in 117 games with the Mets, he became the best outfielder available at the Aug. 31 waiver trade deadline. The Pirates pounced on him, and he provided a significant boost for Pittsburgh's drive to the postseason. Byrd thrived under the pressure of a playoff race, hitting .318 with nine doubles, three homers and 17 RBI. Like Beltran, he'll get a short-term deal because of his age. But a team looking for some right-handed power in a corner outfield spot could find a bargain here.

7. Corey Hart. After missing the entire 2013 season due to a knee injury and microfracture surgery, Hart is a major question mark going into free agency. At 31 years old, he might not even be a viable outfielder anymore and could be a first baseman for the rest of his career. But he would have more value if he could play the outfield again. And a team could be willing to take that chance because of Hart's power. In 2012, he hit 30 home runs with 35 doubles and 83 RBI. He's averaged 24 homers over the past six seasons. Someone might be able to get Hart as a short-term bargain as he looks to increase his market value and show he can still be an outfielder.

8. Michael Morse. Morse blew a major opportunity to increase his value this season going into free agency. The Mariners desperately needed him to be a right-handed power threat and he could have done the same for the Orioles as they competed for a wild-card playoff spot. Injuries to his quadriceps and his wrist played major factors in his poor performance, however. But Morse, 31, did require arthroscopic surgery to remove a bone outgrowth in his left wrist, which likely affected his ability to hit for power. Morse will point to his monster 31-homer 2011 as an indication of what he can do when healthy. But can he stay in the lineup over a full season?

9. Jason Kubel. Kubel was designated for assignment by the D-Backs after his production plummeted in 2013. A season ago, the 31-year old hit 30 homers and 30 doubles with 90 RBI. He hit only five home runs this year for Arizona. Kubel is probably a DH at this point of his career, and he's likely a platoon player since he hit only .162 against left-handed pitching this season. That limits his market significantly, though any team looking for help against right-handed pitching could be interested. Especially since Kubel is unlikely to cost very much.

10. Nate McLouth. Why McLouth over Delmon Young or Rajai Davis? Picking the 10th guy for this list was kind of a tough choice. But Young can't play the outfield and doesn't hit all that well. Davis has great speed (stealing 45 bases this year), but doesn't get on base enough and is erratic defensively. That gives the nod to McLouth. He batted only .258 this year, but hit 31 doubles and 12 homers while stealing 30 bases. McLouth, 31, also played good defense in left field. Is he a starting player? Probably not, though the Orioles cast him as one. But he could be an excellent platoon or fourth outfielder for a contending team next season.