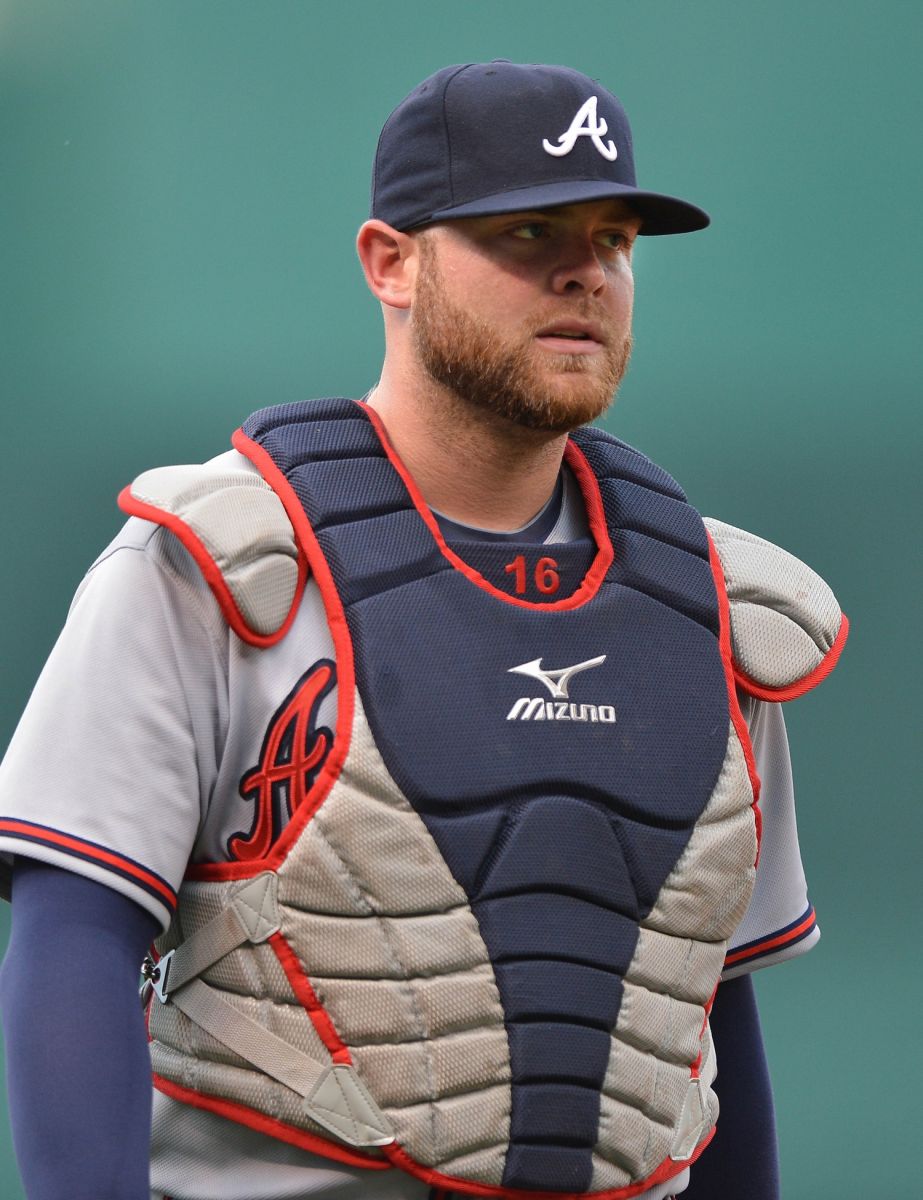 The trade deadline is a few weeks away, so the rumor mill is about to heat up.  To prep you for the coming trade season, we're providing a primer on who the top available trade targets could be as get closer to July 31st.

It's *always* difficult for teams to find an upgrade behind the plate. Be it in free agency or in the trade market, getting that catcher that will push you over the top is always difficult. The Nationals grabbed Kurt Suzuki from the A's last August, and after hitting .267/.321/.404 this year, he's down to .224/.281/.324 this year…and the team is perfectly fine with that, especially with the return of Wilson Ramos to the team. But anyway, that should tell you what teams are expecting to get from backstops acquired at the deadline.

Probably not available but it couldn't hurt to ask

Brian McCann – the emergence of Evan Gattis over the first two months of the season fueled rumors that Atlanta would look to deal McCann this summer in exchange for help elsewhere on the team. But Gattis hasn't played in a couple of weeks since straining his oblique, and won't be back until after the All-Star Break. Gattis was also slowing down in June, hitting just .083/.233/.333 before landing on the DL. Since returning from offseason shoulder surgery, McCann has ten homers in 44 games, and would be the grand prize for any team hunting a catcher this July. But he's not going anywhere thanks to the uncertainty surrounding Gattis' oblique.

Jason Castro – something has clicked with Castro this year, and he's been Houston's best offensive player along with a solid potential All-Star. Castro will be arbitration eligible this winter for the first time, and will start getting pricey for the Astros. But this is the type of player that Houston should look to keep around long-term as opposed to selling off this month, like you'd expect to see with Carlos Pena and Erik Bedard. Maybe if a team comes in with a blowaway offer, Houston will move Castro, but I doubt that's going to happen.

Jonathan Lucroy – Lucroy's contract is so ridiculously affordable that it would take a bounty of prospects for Milwaukee to move him. But for a Brewers franchise that needs talent in the farm system, trading the 27-year old might make some sense. He's still under contract for three more years after 2013 (along with an option year), and he's a game changer behind the dish. Yet while the Brewers are probably going to be looking to move some names, I don't think Lucroy will be going anywhere.

Carlos Ruiz – hey now, here's an actual interesting name. Ruiz will be a free agent after the season, and with Philadelphia's ridiculous minor league depth behind the plate, odds are extremely low that he's going to re-sign with them. The 34-year old has just a .032 ISO this season while playing in only 29 games. His once solid walk rate has disappeared over the last two years, but he could be a difference maker if the ball starts going off his bat in the air as opposed to on the ground. If the Phillies don't trade him, they're insane.

Dioner Navarro – any team that buys into Navarro's hot start this season is insane. That said, he was a pretty solid piece down the stretch last season for the Reds, and he's not part of the long-term plan in Chicago. Theo Epstein and Jed Hoyer will probably turn him into something interesting, because that's what they do.

Ryan Doumit – is Doumit a catcher? Is he an outfielder? Who in the hell knows? He might be a decent option for a team that needs a quasi-utility player, and could actually net Minnesota something interesting in return thanks to his affordable contract for next season. He's a luxury item for this Twins team that is going absolutely nowhere.

JP Arencibia – Arencibia really does one thing well: smash dingers. He's got 15 of them this year. Contrast that to his nine walks and 92 strikeouts in 295 plate appearances, and you can see why Blue Jays fans get driven insane by this guy. He'll hit arbitration for the first time next year, and while Toronto doesn't really have a better alternative, I can see them moving him if they fall out of contention in the next couple of weeks.

Well, at least they have a pulse

Jeff Mathis – Jeff Mathis is not good, nor has he ever been good. But with the Marlins expected to be wheeling and dealing this month, expect Mathis to find a new home as a backup.

John Buck – in April, Buck hit nine homers and his acquisition by the Mets looked like a master stroke. Fast forward to today, and Buck now has a total of 13 homers on the season to go along with a .205/.271/.380 line. His ISO over the last two months has been something like 70% less than his ISO over the first month of the year. But hey, if you want a veteran that has thrown out a third of attempted base stealers this season, Buck is your man.

Miguel Olivo – the Marlins handed Olivo a DFA on Wednesday, so he will be heading out of Miami sometime in the next ten days. Olivo is like a cheaper version of Buck with more power, but if you're hedging your bets on him…yeah.