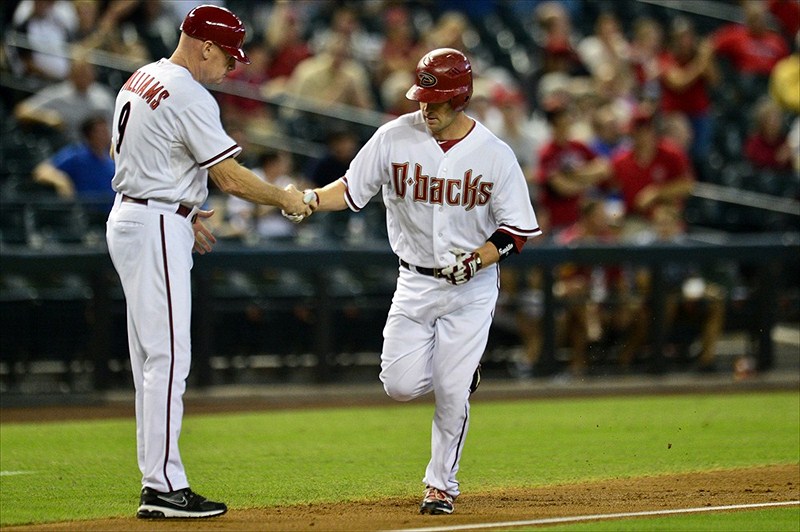 The Arizona Diamondbacks agreed to a three-year extension worth $35 million with second baseman Aaron Hill. The extension will start in 2014, effectively making his contract worth four years and $40.5 million when his $5.5 million salary is taken into account.

I'm even more curious of this deal considering Hill's age. Paying that much for a player in his early 30s is questionable, especially considering other contracts given to second basemen across the league. Dan Uggla got five years and $62 million from the Braves going into his age 31 season, and he's fallen off dramatically since. Ian Kinsler got five years and $75 million in a contract that goes into effect this year (when Kinsler will turn 31 in June), and his numbers fell across the board in 2012. The jury is still out on the six year contract Brandon Phillips got last year, but it's just one year in so far. At least Hill's deal is only three years (or four, considering the arbitration year in 2013).

What this really does though is drastically improve the market for Robinson Cano this winter. With Hill off the market, Cano's competition in the free agent class is down to Chase Utley, Omar Infante, and Brian Roberts. Two of those three have significant injury issues, and one lacks the ceiling Cano has. He's gonna get his money now.

I'm also curious as to how this deal will affect the Diamondbacks' payroll in the future. The team is paying Hill and Prado a total of $68 million from 2014-16, along with being locked in to Miguel Montero through 2017 (not that his contract is a bad thing) and Cody Ross and Trevor Cahill through 2015 (with options for both in 2016). This is the core of players Kevin Towers is going all-in with, and none have the superstar potential that the departed Justin Upton did. Arizona hasn't had a payroll north of around $75 million since 2003, and they're already locked into amounts higher than that over the next two seasons. Times are changing in Phoenix, and I'm not sure the Diamonbacks are going in the right direction.