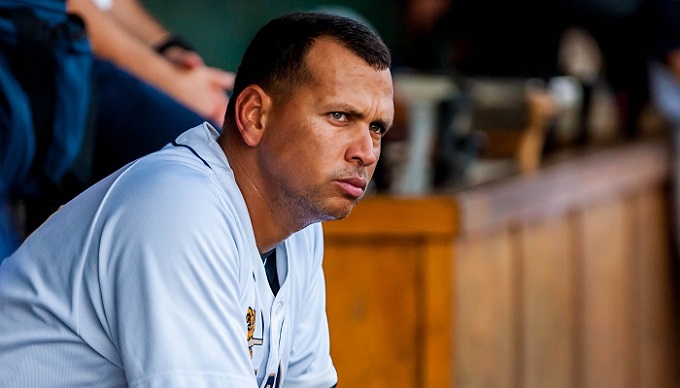 Originally, this post was going to be kind of an open letter to MLB and Commissioner Bud Selig.

It would have been something like, "Dear MLB, please quit dragging this process out and just suspend Alex Rodriguez. Enough with the leaks to the press about suspensions to come. Enough with A-Rod coming up with more injuries to extend his stay on the disabled list. Put us all — fans, reporters, commentators, players, etc. — out of our misery and just get this over with so baseball can just move on."

Of course, I'd like to think I could've embellished that some and drawn it out into at least 800 words of snappy prose. And I'm sure I would've gotten right to that. But then the news of Ryan Braun's suspension for the rest of the season broke, and this whole story with the Biogenesis clinic, its connection to baseball and PEDs, and the players involved in the scandal suddenly became much bigger and far more serious.

Why more serious? Aren't rumors and rumblings about 50- and 100-game suspensions for 20 to 25 players —  a couple of whom are among the biggest stars in MLB — serious enough?

Well, yes — of course they are. But personally, I was skeptical about what MLB really had on players like Braun and Rodriguez (along with others on current playoff contenders, such as Bartolo Colon, Nelson Cruz and Jhonny Peralta).

To this point, we had names in notebooks and spreadsheets, some with certain substances and dollar amounts next to them. That certainly raised suspicions, but was there enough to justify a major penalty? Were there any invoices, receipts, phone records, text messages or other sorts of documentation that amounted to damning evidence? Did MLB have the proverbial smoking gun?

Apparently MLB has its proverbial smoking gun — or several of them — judging from Braun's suspension.

The Milwaukee Brewers outfielder put up a major fight after testing positive for testosterone and drawing a 50-game suspension in December 2011, eventually winning an appeal by successfully arguing that proper procedure wasn't followed in handling his urine sample before sending it to a lab in Montreal for testing.

He went on to hold a press conference following the ruling, calling himself "innocent" and a "victim" who has "always stood up for what is right." Obviously, those words ring incredibly false now and could induce vomiting in the squeamish among us.

But when MLB showed Braun what it had on him in connection with the Biogenesis clinic, the 2011 National League MVP took his penalty and went away quietly (except for issuing a statement to the media).

ESPN's T.J. Quinn reported that Braun made a deal with baseball that resulted in his suspension being limited to the rest of the 2013 season. Presumably, part of the deal also included MLB keeping the details of Braun's transgression private. We don't know exactly what he did to draw this penalty, and possibly never will.

There were no brash statements about MLB's investigation being "B.S." There was no chesty press conference in which Braun portrayed himself as a man of integrity persecuted by a flawed system.

For Braun and MLB, the fight is over. He'll sit out for the rest of what's been a miserable season for the Brewers and get a fresh start next year. He won't get a fresh start in terms of public opinion, of course. Braun's name and accomplishments are tarnished. He may as well wear a scarlet "PED" on his jersey for the rest of his career. Yet he'll still get to play professional baseball and be lavishly rewarded for it.

If the evidence MLB had on Braun resulted in a meek surrender, what does Rodriguez have to look forward to when it's his turn to face baseball's judge and jury? According to Quinn, MLB has far more incriminating information on A-Rod, which could include proof that the Yankees third baseman tried to interfere with the Biogenesis investigation.

Braun reportedly had 15 games tacked onto his 50-game PED suspension for disparaging MLB's drug testing policy. Will A-Rod draw an additional 50 games — resulting in a 100-game penalty, if not more — for somehow attempting to tamper with this process? Rodriguez allegedly bought documents from Biogenesis to keep them from MLB, according to the New York Post. That will surely factor heavily into any penalty baseball levels against him.

The fight has to be over for A-Rod too, doesn't it?

Before the news of Braun's suspension was reported, CBS Sports' Jon Heyman filed a story saying that a suspension for Rodriguez was all but a certainty. MLB had "checks, receipts, the whole nine yards," a source told Heyman. Those guns were smokin'. Soon thereafter, what was speculation for A-Rod became hard reality for Braun.

Heyman's report followed conspiracy theories that had developed about the quadriceps injury that prevented Rodriguez from being activated from the disabled list and joining the Yankees on Monday. Was this injury — one that will keep him out an additional seven to 10 days — an attempt to demonstrate that his body can't hold up to playing baseball anymore, as the New York Daily News' John Harper reported? If A-Rod can prove that before MLB issues a suspension, insurance would allow to keep all of the $100 million remaining on his contract. 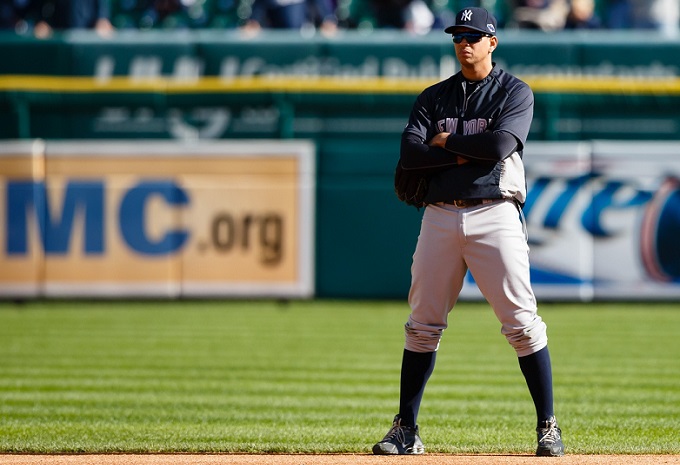 In light of the arrangement Braun made with MLB, could A-Rod be looking to make a similar deal? Would he agree to take whatever penalty baseball decides to issue if it means keeping the details of its investigation private?

Obviously, we don't know what MLB has on Rodriguez, but his involvement with PEDs could extend far beyond Biogenesis. Couldn't that be a reasonable assumption, given that A-Rod has already admitted to taking steroids in 2009? What are the chances that he stopped using PEDs in 2003, as he'd prefer us to believe?

Rodriguez is going to be suspended. It's not a question of whether or not he'll be penalized, but when that punishment will come. Braun's suspension almost entirely assures such an outcome. His name is going to be tarnished, more than it already has. He's not going to be considered one of baseball's all-time greats, if he hasn't already lost that status.

Yet unlike Braun, A-Rod's career might be over. And it may have reached its end because of what caused his downfall in the first place: insecurity and greed. If you follow the timeline of Rodriguez's career, he stepped to the dark side after signing that $252 million contract with the Rangers.

A-Rod no longer has his reputation, so he may very well be trying to ensure that he gets all of the money he can before his playing days are officially over. The warm embrace of hundreds of millions of dollars makes up for not being loved, apparently.