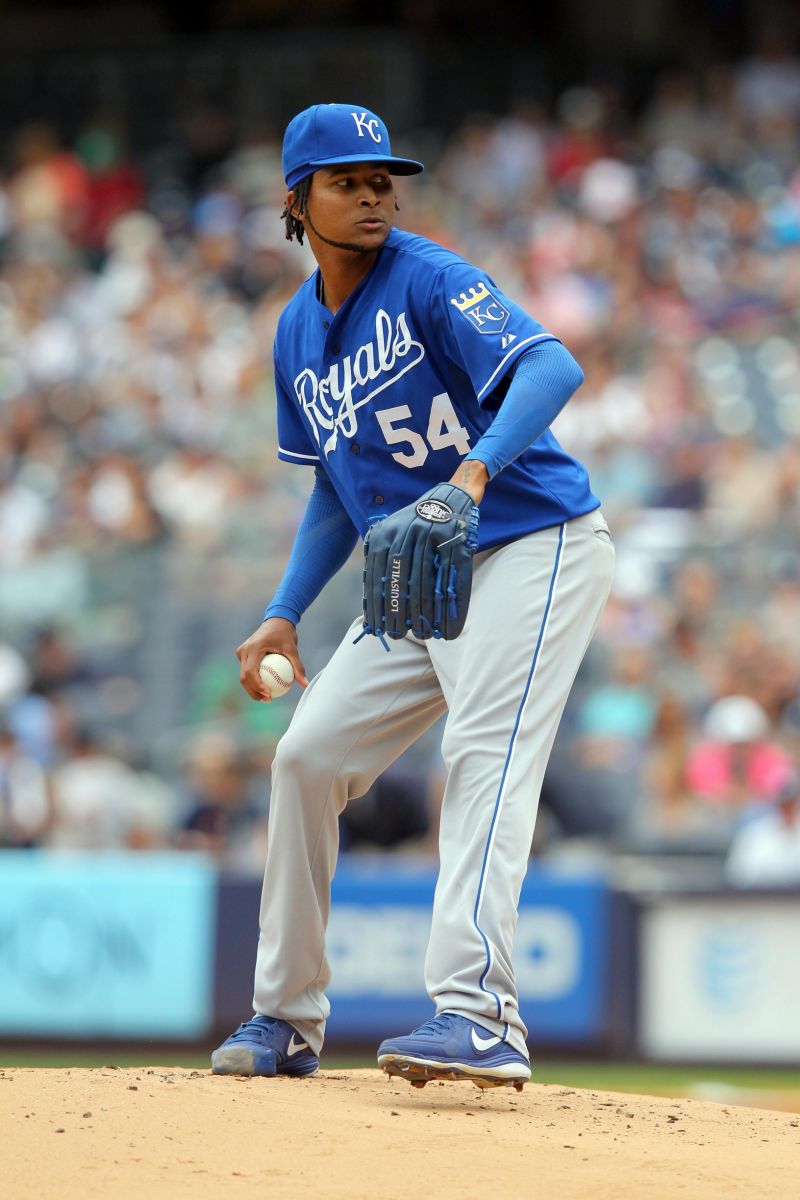 Oh, the Royals. There has been a lot said about this team this season by people much more passionate and knowledgeable than myself after Kansas City GM Dayton Moore said he's not going to be selling at the deadline.

The article I linked above pretty much outlines exactly what the Royals need to do at the trade deadline. No one is advocating that they trade Eric Hosmer, or Alex Gordon, or Billy Butler…yet. The Royals only have two key free agents next year: Ervin Santana and Bruce Chen. Santana has been really good this year after a disastrous 2012 with the Angels, but the Royals need to learn some lessons from re-signing Jeremy Guthrie last winter after 14 good starts and sell high.

The 36-year old Chen is a more interesting option to dangle as trade bait, because he's really just an extra man on the Royals staff this year. Chen has started just one game while coming out of the bullpen 19 times, and 11 of those relief appearances have been for more than an inning. He'd be a very interesting option for a team looking for a long reliever/spot starter type of guy, but he's not nearly as good as his 2.04 ERA would indicate, and wouldn't bring in a huge return for the Royals.

But is that all the Royals really have to play with? An erratic starting pitcher and a long reliever? Well…maybe. Kansas City's once highly-touted farm system has taken numerous hits over the last year or two, thanks to the Wil Myers/James Shields trade and numerous promotions to the majors. Their best prospects are either pitchers or young position players that won't be contributing in the majors for awhile. So if the team does start selling off more assets, there isn't going to be immediate help coming on the farm. I don't think that less than a year after dumping off prospects for a top-tier starting pitcher, Dayton Moore wants to move into another rebuild.

Thus, the idea of trading from a strength comes into play. The Royals bullpen has been really good this season, and they almost have too many relievers. If Kansas City dropped Greg Holland onto the trade market, one of the best relievers in baseball this season and a guy who still has three years of team control left, Relief help is always desired at the deadline, and if Glen Perkins doesn't get dangled by the Twins, Holland could be an extremely hot commodity.

Another guy out of their bullpen that the Royals could deal is Luke Hochevar, who has found new life as a reliever this year, but has just one year of arbitration remaining before hitting free agency. He could make as much as $6 million this year, and that's a little much for a team like the Royals to pay for a middle reliever. But Hochevar is sitting at 95 out of the Kansas City pen, and is striking out a batter per inning, making him a nice fallback plan for a team that wants an eighth inning guy.

But aside from those two, there aren't any obvious trade candidates for the Royals. The team still has a very young offense, and now that Jeff Francoeur has been taken out to pasture, the only below average regulars are Lorenzo Cain (who makes up for his bat with an amazing glove in center field), Mike Moustakas (coming off a 20 homer year last season at age 23), and the abyss at second base currently manned by Johnny Giavotella.

The Royals shouldn't buy, because there's really no obvious place they need help. A second baseman would be nice, but that's not the missing piece that will push them over the Tigers and Indians and into the promised land. Yet another starting pitcher would be nice, but then they'd only have two crappy members of the rotation instead of three. The Royals don't need to blow everything up, but they shouldn't throw all of their chips in their center of the table like they did in December. I guess the verdict for the Royals is to smartly sell some bit players. Making moves for the sake of making a move wouldn't be a wise course of action for Kansas City, but there are ways to improve their team this season and for the future without throwing the team into a blender.