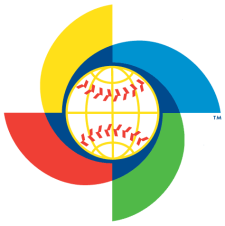 As the World Baseball Classic approaches, we’ve previously explored which players the United States could field in factor-less scenario.  Much like the United States, coming into the first two Classics, the Dominicans were considered heavy favorites, only to be eliminated before the finals.  So which players could the Dominican Republic field in an effort to dethrone the Japanese?

Catcher – The Dominicans have several strong options in this field, but the top major leaguers appear to be Carlos Santana, Welington Castillo and Wilin Rosario.  Santana is probably the most well known given that he’s slammed 45 HR in the past two seasons.  Wilin Rosario hit .270 with 28 HR’s and played pretty solid defense for the Rockies in 2012, and Castillo is the highly regarded Cubs catching prospect.  The choice here comes down to being the best catcher and as a total package, Rosario fits the bill better than Carlos Santana or Castillo.

Second Base – I could waste my time and try to sell you on other players like Emilio Bonifacio, but we all know Robinson Cano is clearly the best second baseman in Major League Baseball. 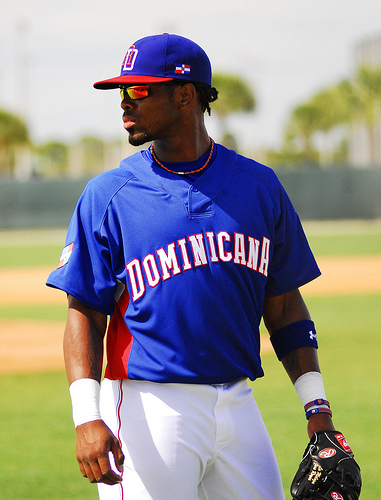 Shortstop – This is where the Dominicans hold a significant lead over the rest of the world.  They can have their pick of Starlin Castro, Rafael Furcal, Erick Aybar, Hanley Ramirez or Jose Reyes, all of which are among the top at their position in the Major Leagues.  Ramirez and Reyes offer the greatest offensive upside while Aybar appears to be the best defensive player of the group.  Still as far as complete players go, as long as he’s healthy, Jose Reyes is probably the best shortstop in the game.

Third Base – While Aramis Ramirez and Hanley Ramirez would both be fine options for the Dominican Republic, you’d be hard-pressed to find a better all around third baseman in baseball right now than Adrian Beltre.  Not only is he among the best defensively at the hot corner, since he left the unfriendly confines of Safeco Field he’s routinely hit upwards of 70 extra base hits a year and batted around .300.

Outfield – Surprisingly, this is where the Dominican Republic trails the rest of the world, in quality outfield prospects.  They do not have multiple centerfielders, so it becomes almost a necessity that lesser players like Alejandro de Aza or Carlos Gomez are placed on the team.  Meanwhile, the corner outfield possibilities include Alfonso Soriano, Nelson Cruz, Melky Cabrera and Jose Bautista.  I believe Bautista and Cruz offer the greatest offensive upside in the corner outfield, which should make up for the lack of offense they’ll receive in CF from Carlos Gomez.

Designated Hitter – The Dominicans can take their pick among offensive juggernauts David Ortiz, Edwin Encarnacion and Hanley Ramirez for this spot.  However, in the end, the Dominicans have what I’d consider the consummate designated hitter and surefire Hall of Famer if the steroids don’t hurt his case in David Ortiz.

Starting Pitchers – In another surprise, the Dominicans may not have the best starting pitching in the World Baseball Classic.  They may not even have the second or third best either.  Still, among the top Dominicans Johnny Cueto, Wandy Rodriguez, Edinson Volquez, Ubaldo Jimenez and Bartolo Colon, they should find plenty of value.  The top two performers appear to be Johnny Cueto and Wandy Rodriguez.  Among the next three, Jimenez has the greatest upside but poorest recent performance, Volquez has lost his effectiveness outside the confines of Petco Park and Bartolo Colon was caught cheating last year.  As scary as it may seem, Ubaldo Jimenez may be the third best Dominican starter in the game right now.

Relief Pitchers – There are so many possibilities that I won’t bother running through them all.  Suffice it to say, whatever the Dominican Republic lacks in quality starting pitching, they make up for in relievers.