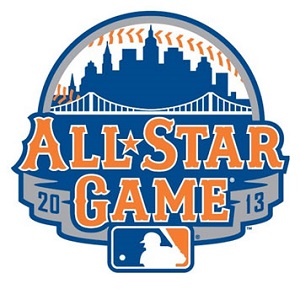 2013 Home Run Derby captains David Wright and Robinson Cano have picked their teams for this year's event at Citi Field next weekend…well, mostly. Cano will reportedly announce the final member of his four man team tomorrow. Joining Wright on the NL squad will be Bryce Harper of the Nationals and Rockies teammates Carlos Gonzalez and Michael Cuddyer, while Chris Davis and Prince Fielder join Cano's AL contingent.

The choices are…interesting. Davis and Gonzalez were logical selections by the captains, since they lead their respective league in longballs. I also have no issue with Fielder, who has tremendous power, but has a career-low ISO this year and is coming off of a season with his lowest home run total in a year since his rookie year of 2006. I can also nod approvingly for Harper's selection, due to his absurd raw power that has opened eyes since he was a teenager.

Then, there's Michael Cuddyer. The 34-year old is having a great year for the Rockies, but he's really not a power hitter. In his career, Cuddyer has just one 30 homer season, and that came back in 2009. In addition to that sole 30 homer year, Cuddyer only has two other 20 homer seasons since he began to get regular playing time in 2004. It just doesn't make sense, especially considering that Wright could have chosen Domonic Brown, Pedro Alvarez, or Paul Goldschmidt, all of whom have at least 20 homers this year and will already be in Flushing (unlike someone like a Jay Bruce or a Giancarlo Stanton).

As for Cano's final spot on the AL team, house money would probably be on Nelson Cruz of the Rangers, or either Edwin Encarnacion or Jose Bautista of the Blue Jays. But once, just once, I'd love to see Adam Dunn smash dingers in the Derby. He's been around since 2001, is 33-years old and obviously not getting younger, and has 429 career homers. Every active player with at least 400 homers has been in the Derby at least once aside from Dunn, and that makes me extremely sad because this is an event where he'd absolutely thrive.

The Home Run Derby will take place at 8 PM next Monday on ESPN.