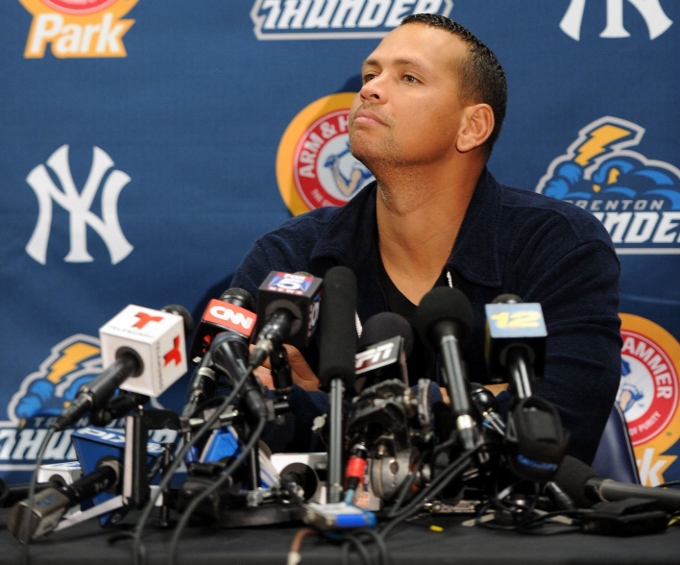 The hammer has been dropped. MLB has suspended Alex Rodriguez of the New York Yankees 211 games beginning this Thursday, August 8th and continuing through the rest of the 2013 season and all of the 2014 season. Rodriguez plans on appealing the suspension, which will be stayed until the appeal is completed. Below is the key passage of the statement from MLB.

Rodriguez's discipline under the Joint Drug Prevention and Treatment Program is based on his use and possession of numerous forms of prohibited performance-enhancing substances, including Testosterone and human Growth Hormone, over the course of multiple years. Rodriguez's discipline under the Basic Agreement is for attempting to cover-up his violations of the Program by engaging in a course of conduct intended to obstruct and frustrate the Office of the Commissioner's investigation. The suspension, which will become effective on Thursday, August 8th, will cover 211 Championship Season games and any 2013 Postseason games in which Rodriguez otherwise would have been eligible to play.

Rodriguez's appeal is going to be very interesting when it begins, as MLB's evidence against Rodriguez will become public and open to scrutiny.  He's under contract with the Yankees through the 2017 season, and is scheduled to make $26 million next year, all of which would be forfeited if he doesn't play in a game next year. The Yankees have not released their lineup for Monday night's game against the White Sox, but manager Joe Girardi said earlier today that he planned on starting Rodriguez. Earlier today, the other 12 players linked with Biogenesis were announced and given 50 game suspensions, while Ryan Braun got 65 games last month.