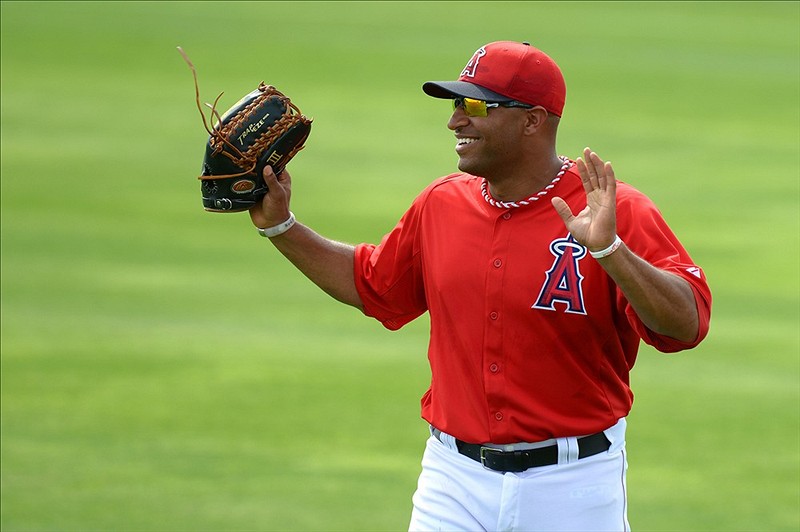 We are all a fan of some team.  Even the self-proclaimed objective journalists grew up rooting for someone.  It’s simple human nature.  I’m an Angels fan, and as such I don’t have a great deal of love for the Yankees.  So it would make sense that I love the Vernon Wells trade.  It removes an unproductive player from my favorite team and inserts him into the lineup of a competing team which I do not particularly root for.  But life simply isn’t that cut and dry.  This deal may actually turn out to be a thing of beauty for both ball clubs, and honestly, I hope it works out that way.

First of all, I don’t need to tell you that the Yankees are decimated by crippling injuries that come with having such an aged roster.  Vernon Wells doesn’t fix this.  What he does is give the Yanks a legitimate option to fill the gap until they can find a more productive solution.  Wells is looking noticeably more limber this Spring.  He’s seemed to have found the error of his pull-happy ways and is back to driving the ball to the middle of the field like he had done his entire career before Los Angeles.  Am I saying Wells is back to the Toronto version of himself?  No.  But I am saying that right now, Wells has the look of a player that can hit .250 and deposit 25 balls into the seats in Yankees Stadium.  That’s a decent player.  I think Vernon Wells will again be a decent player.

It’s almost as if Wells himself designed his game around playing in the homer friendly stadiums of the AL East, which would make a lot of sense seeing that he grew up and thrived in the Blue Jays system.  Wells had a knack for hitting medium depth fly balls to LF in Angel Stadium.  It was maddening for fans.  The famous marine layer during night games in Anaheim knocks a lot of potential homeruns down and turns them into routine pop ups.  In Yankee Stadium, Wells should find that his fly balls will fly considerably further than they did in Anaheim.  The same applies to the bandbox in Boston and the homer-dome that is Rogers Centre.

Much has also been made of his declining defensive ability the past few seasons.  These are exaggerated, Wells was adequate in the corner outfield for the Angels.  He may have been average in range, but he made up for it with an above average arm and intelligence. However, Yankee Stadium’s outfield is microscopic compared the many of the pastures he was forced to roam out West, and the same can be said for the majority of the ball parks in the AL East.  Wells roams plenty of ground to be a decent corner outfielder for the Yanks.

There’s also the clubhouse effect Wells may have in New York.  It’d be easy for that team to get down on itself.  Without Teixeira, A-Rod, Jeter and Granderson, many of the veterans that defined Yankee Baseball, they could lack identity.  But Wells is ever the optimist.  He’s an exceptionally well-liked teammate and won’t be found throwing tantrums, bad mouthing players or umps.  He’s a class act and for a team that lost a personality like Nick Swisher to Free Agency this offseason, they could use a stand-up guy like Vernon Wells.  But enough about Wells in New York, what does this deal do for the Angels?

Quite a bit actually.  The Angels outfield as many of us already know should be unparalleled both offensively and defensively in baseball.  Wells wouldn’t displace Trout in LF, no player in baseball would.  He couldn’t kick Bourjos out of CF, Bourjos is the only player in baseball capable of making Mike Trout move to the corner outfield.  He wouldn’t take over for Hamilton, because he’s Josh Hamilton, end of story.  Wells’ role for the Angels would’ve been simple.  Fourth outfielder.  He wasn’t going to pinch run, the Angels already have a fast lineup.  He wasn’t going to come in and bunt.  He wouldn’t be brought in as a pinch hitter, the Angels lineup is already heavily right-handed.  All Wells had to do was sit the bench and be there incase an injury occurs.  But the Angels already have an outfielder who is better equipped to fill this role in Kole Calhoun. 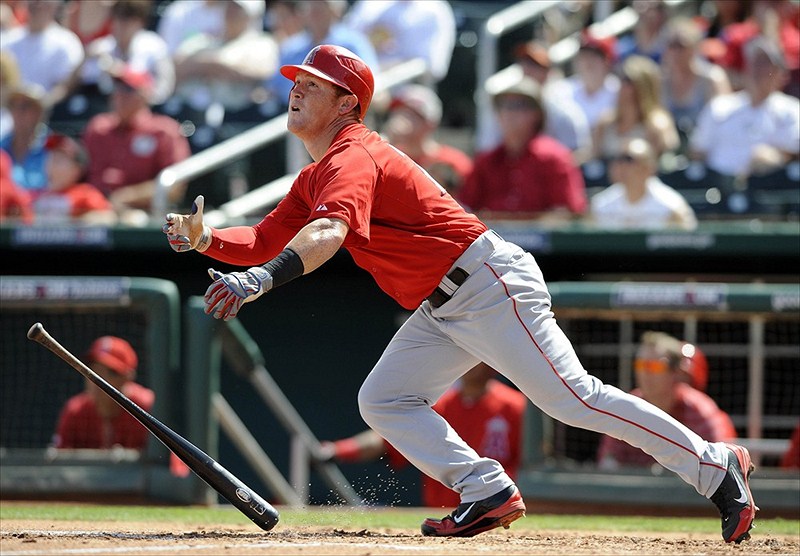 Calhoun is a severely under rated prospect that steadily climbed the Angels minor league ladder in only two years.  He was an absolute stud at Arizona State and dropped into the mid-rounds thanks to a short and stocky build and being low on the projectibility scale. However, Calhoun has a beautiful left-handed swing, hits for solid power, can steal bases, play all three outfield spots as well as first base, has a rocket for an arm and has exceptional plate discipline and contact ability.  He also has that “grit” factor that has become so prominent in the Angels system under Mike Scioscia with the likes of Darin Erstad, David Eckstein, Peter Bourjos and Mike Trout.  But he doesn’t have the superstar potential to unseat any of the Angels current outfielders.

Simply put, Calhoun fits every need the Angels have.  He’s inexpensive, he’s young, he can come in as a pinch hitter or pinch runner, he can lay a bunt down, he can drive the ball into the gaps and play exceptional defense.  He’s the Swiss Army knife of Angels outfielders and is everything Wells wasn’t fit for in the Angels current situation.

The fact that the Angels just lowered their payroll under 150 million with players like Weaver, Pujols and Hamilton on their roster is just a blessing.  The fact that the Yankees are going to pay Wells 6.5 million a year for the next two seasons has literally no effect on a team that can operate comfortably above 200 million in payroll.  In fact, if Wells does indeed end up hitting .250 with 25+ homeruns and plays capable defense in the Bronx, he’ll go from Los Angeles Goat to New York Hero and will be a relative bargain at only 6.5 million a year for the next two seasons.  And if you’ve watched Wells at all this Spring, or know anything about his playing abilities, this very well may happen.  It was a great move for the Angels, and a completely acceptable risk for the Yankees.