The first month of the 2013 MLB season is in the books, and this will serve as your de facto recap of which players starred, and which players faltered this April. 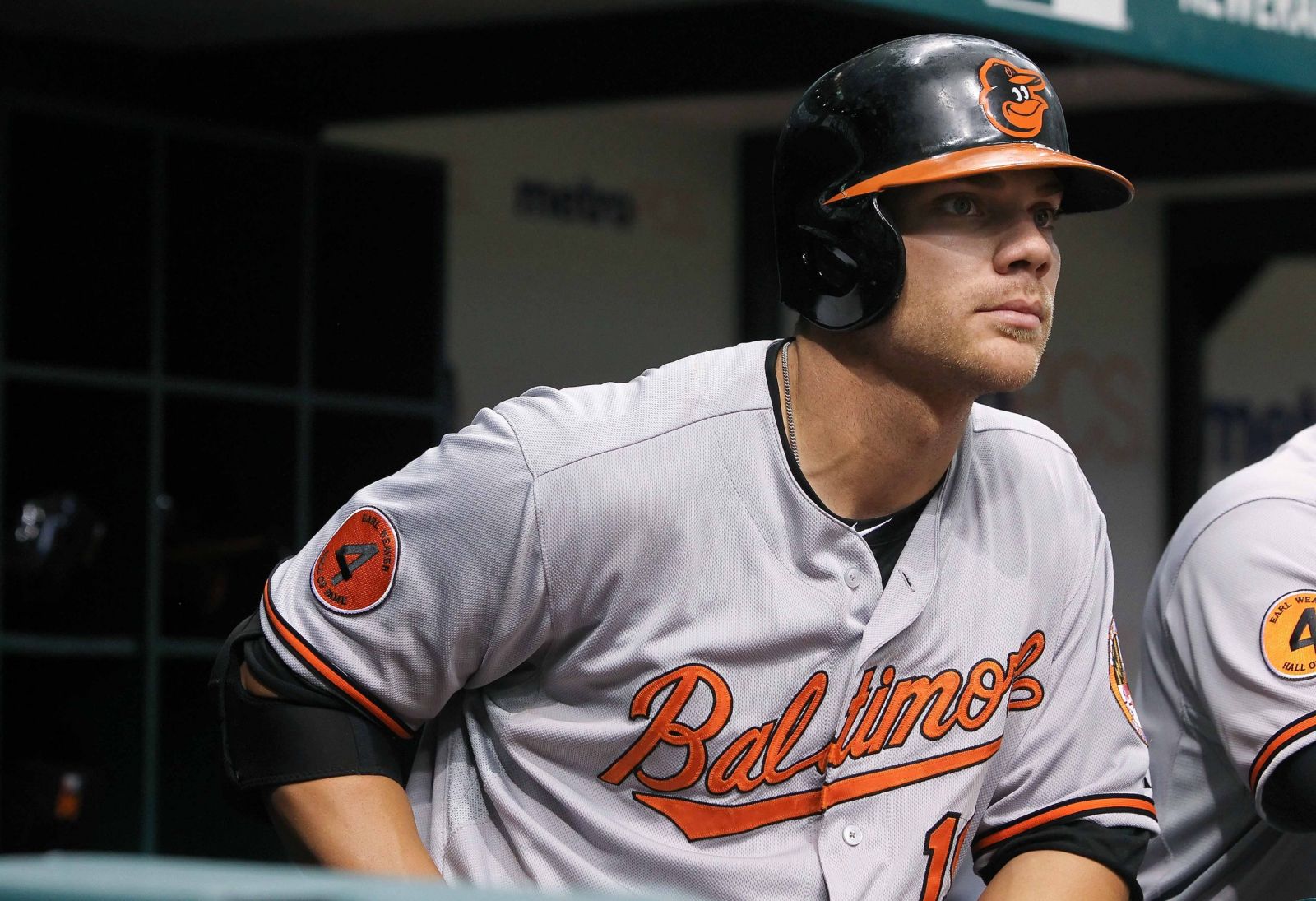 AL Hitter of the Month
Chris Davis, Orioles. Davis raked to start the season off, bashing nine homers in his first 27 games (second in the majors, first in the AL) and driving in 28 runs (tied for the AL lead). Throw in a .348/.442/.728 line and walk and strikeout rates that are vast improvement on his career norms, and you've got the makings of a true superstar season from Davis at age 27 after he broke out with the Orioles last year.

AL Worst Hitter of the Month
Josh Hamilton, Angels. Talk about BABIP, pressure, and a new environment all you want, but Hamilton has been a disaster this year for the Angels. For an average of $25 million per season, you're expecting at least a five win season in each year of the deal. Hamilton's got some ground to make up, with all three of his triple slash stats under .300 right now.

NL Hitter of the Month
Justin Upton, Braves. Upton has caught fire with his new team, blasting a Braves record 12 homers in April. His .298/.402/.734 triple slash is also very impressive, and he's also second on the team in stolen bases with three. Considering that Atlanta's offense has gotten next to nil from BJ Upton, Dan Uggla, and Jason Heyward, Upton is doing a lot to keep the team afloat.

NL Worst Hitter of the Month
Adam LaRoche, Nationals. You know what's cool? When you re-sign an aging player for eight figures a season, deal a younger, cheaper player that could do roughly the same thing, and see the incumbent player put together a turd of a first month of the season. For the record, LaRoche has a 30 wRC+ and a .216 wOBA, while Michael Morse (the aforementioned younger, cheaper player) has a 122 wRC+ and a .343 wOBA. 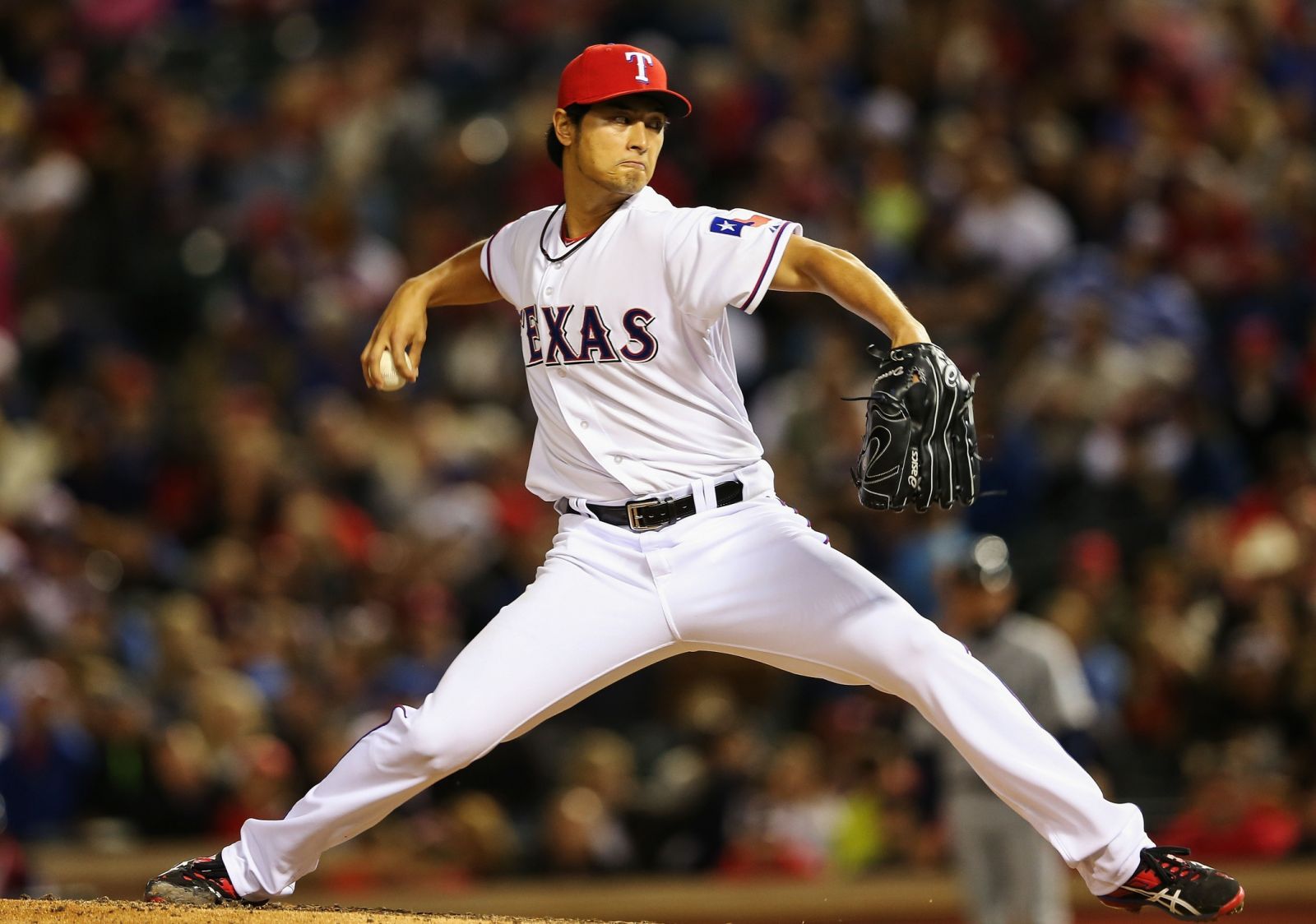 AL Pitcher of the Month
Yu Darvish, Rangers. Darvish came within one out of a perfect game at the beginning of this month, and he hasn't slowed down since. In 38 2/3 innings, Darvish has a 2.33 ERA, a major league leading 58 strikeouts, 13 walks, and has allowed just one home run. His 38.4% strikeout rate is simply disgusting for a starting pitcher.

AL Worst Pitcher of the Month
Brett Myers, Indians. In 21 1/3 innings, Myers has walked five batters. Hey, that's not too bad. He's also allowed ten homers and struck out just 12 hitters. He also hasn't pitched in two weeks for the Tribe. For a team that really needs solid pitching, giving $7 million to Myers to put together a performance like this is shameful. NL Pitcher of the Month
Adam Wainwright, Cardinals. Wainwright leads all of baseball, hitters included, in fWAR through the first month of the season. In 44 1/3 innings, he's struck out 43 and walked only three. He's also a perfect six for six in quality starts, and has a lovely 2.03 ERA and a 56.6% groundball rate. This level of performance isn't totally sustainable, but it wouldn't shock me to see him continue to pitch extremely well this season.

NL Worst Pitcher of the Month
Jonathan Sanchez, Pirates. After getting DFAed on Tuesday, the Sanchez experiment in Pittsburgh appears to be over. I can't think of a better word to describe his time as a Pirate other than "disaster". Sanchez pitched to an 11.85 ERA in 13 2/3 innings, allowed seven homers, and earned an ejection four batters into the game on Saturday in St Louis, eventually earning himself a suspension as well. Take a bow, Jonathan. AL Rookie of the Month
Brandon Barnes, Astros. As has been the norm in recent years, the National League's rookie class as a whole has been head and shoulders above the American League's. Barnes is your choice almost by default after playing his way into a starting role, hitting .375/.468/.525 in 47 plate appearances. With a .483 BABIP, he'll likely end up coming back to Earth sooner rather than later. 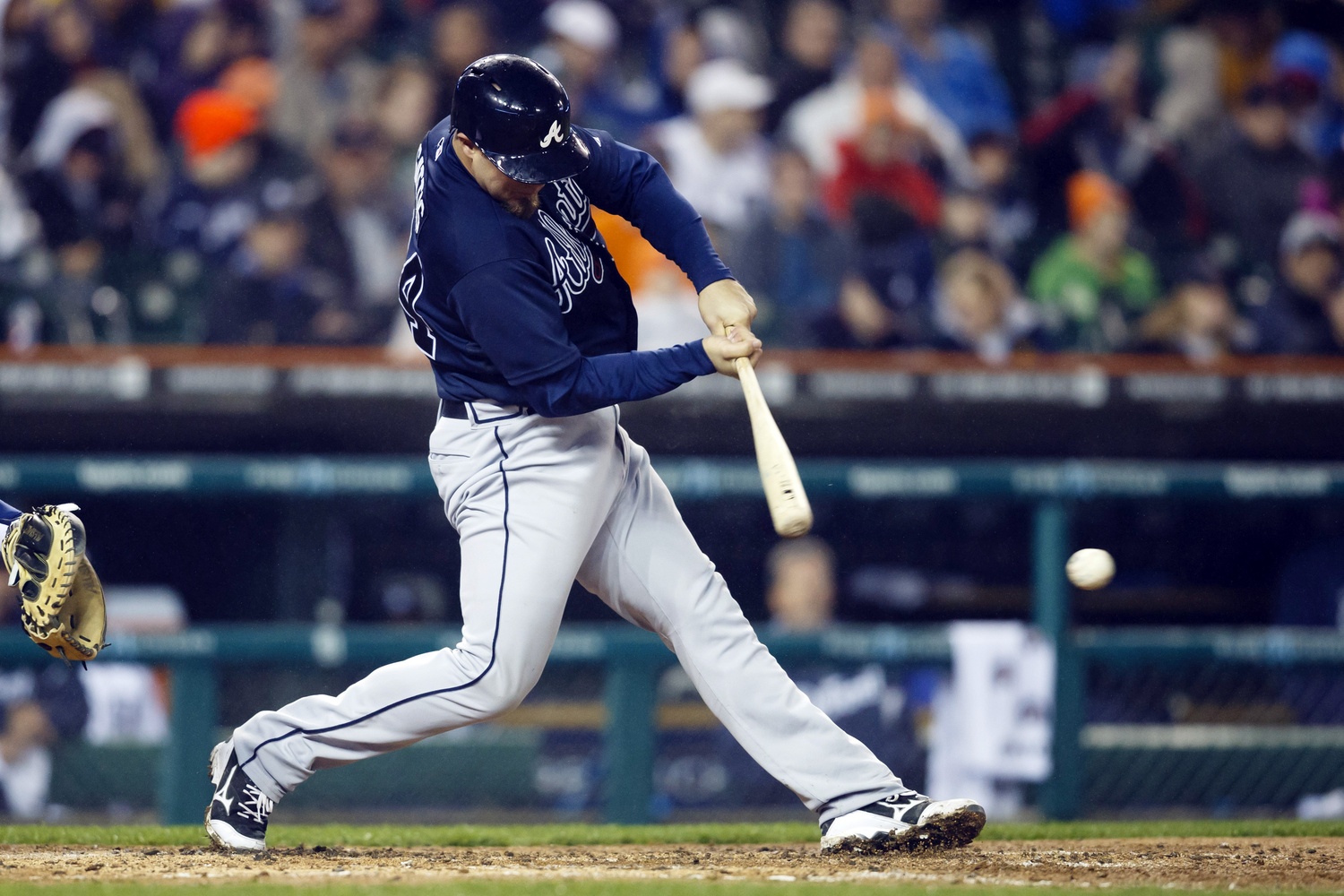 NL Rookie of the Month
Evan Gattis, Braves. There sure are a lot of great rookies in the NL this year, but Gattis' strong start to the year moved him to the front of a thirsty pack of young dogs. Atlanta's catcher blasted six homers in April, twice the amount of the second place hitters in baseball (Matt Adams, AJ Pollock), and his immense power has done a lot to hide holes in his game. It'll be interesting to see if Gattis keeps getting playing time when Brian McCann comes back for the Braves.