We've reached September, and the playoffs are upon us. The status quo stayed strong in August, with no playoff teams changing from the beginning of the month until the end of the month. But which players stepped up the most, and which disappointed? Time for the best and worst MLB players of August. 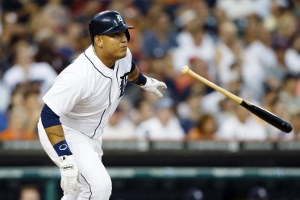 AL Hitter of the Month
Miguel Cabrera, Tigers. While dealing with nagging injuries this month, Cabrera continued his march to possibly another Triple Crown and certainly another MVP award. In August, he hit .356/.430/.733 with 11 homers. Fun fact of the month: Cabrera's .376 ISO in August was higher than all but two AL players' batting averages in August. Oh.

AL Worst Hitter of the Month
Nick Franklin, Mariners. Yeah, Franklin is a rookie, but his August was awful. Franklin hit just .107/.194/.214 this month, and if weren't for his two homers, his statline would look positively abysmal. Franklin topped his dreadful month off by striking out in a third of his plate appearances in August, the third highest mark in the league over the month. 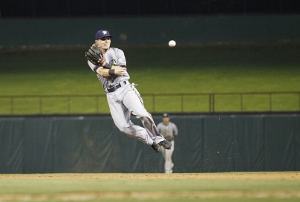 NL Hitter of the Month
Scooter Gennett, Brewers. Who in the Hell is Scooter Gennett? Milwaukee's rookie second baseman hit .423/.452/.654 for the month and homering four times in the month. Sure, he's not going to post a .483 BABIP for the whole year, but this is still pretty fun for Brewers fans.

NL Worst Hitter of the Month
Pete Kozma, Cardinals. It's funny. Kozma had a .952 OPS in 26 games in 2012 for the Cardinals, and was immediately hailed as the savior and a long-term solution at short for St Louis. His OPS is down by over 400 points this year, and in August, Kozma hit .063/.193/.083 in his 56 plate appearances. Small sample size or not, that's horrendous. I mean, he only had three hits. Yikes.

AL Pitcher of the Month
Yu Darvish, Rangers. No one really stood out in the AL this past month on the hill, so the ol' standby Darvish gets the nod. In six starts, the Rangers' ace threw 43 innings, posted a 2.51 ERA, struck out 64 hitters, and walked 13. He's also notched eight quality starts going back to the All-Star Break. Not bad, Yu…not bad.

AL Worst Pitcher of the Month
Joe Saunders, Mariners. This is your daily reminder that the Mariners thought they could contend in the second half. In August, Saunders posted a 6.00 ERA in 33 innings and six starts, striking out ten and walking 16. That is…how do you say…not good. He actually had a ton of competition this month, but considering his salary, Saunders get the nod. 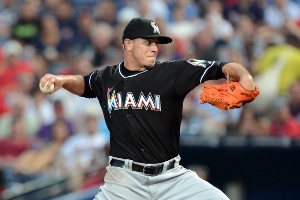 NL Pitcher of the Month
Jose Fernandez, Marlins. This kid is filthy. Fernandez threw 39 innings in six starts for Miami, striking out 49 and walking 11 while pitching to a 1.15 ERA over the month. Did I mention that he just turned 21 at the end of July? Talk about the only thing worth watching in Miami…

NL Worst Pitcher of the Month
Jake Westbrook, Cardinals. Yes, Westbrook is currently hurt. But in 21 August innings, he allowed 24 earned runs, walked 13, and struck out nine. That translates into a 10.29 ERA, a 3.86 strikeout rate, and a 5.57 walk rate. Strike one, strike two, strike three, Jake. 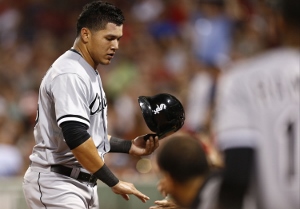 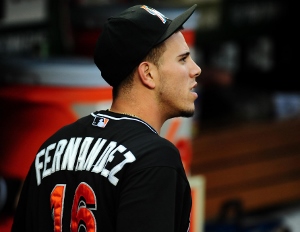 NL Rookie of the Month
Jose Fernandez, Marlins. So which do you prefer: a pitcher or a hitter? While Scooter Gennett's performance was indeed very impressive, we're all expecting him to fall off a cliff in September. But Fernandez's performance is sustainable and completely awesome, and that's what has made him the favorite for the NL Rookie of the Year award.