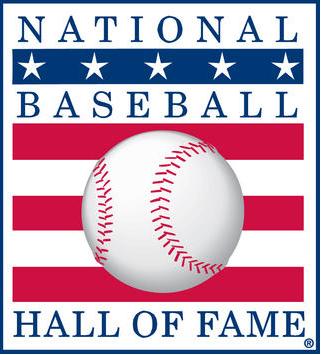 There have been so many words written about the 2013 Hall of Fame ballot, and none of them have really come here. The inductees will be announced next Wednesday, and we could have one of the most decorated classes of all-time. Or, we could have a class where the BBWAA elects no one, something that hasn't happened since 1996. If you think the possibility of no inductees is insane, consider this: there is no candidate on the ballot this year that doesn't have their flaws in the viewpoint of a good portion of the electorate.

Look at the six returning highest vote getters. The case of Jack Morris has been debated to death, and while he's consistently made gains in his vote totals over his 13 years on the ballot, the first year presence of Curt Schilling (a superior pitcher) could hurt Morris's vote total when voters compare the two. Jeff Bagwell is getting lumped into the "steroid guys" classification despite no hard evidence to explain it. Lee Smith's vote total has been consistently low, and he looks worse when compared to modern day closers that will soon be eligible. Tim Raines has doubled his vote total in five years on the ballot, but still gets compared to the greatest leadoff hitter of all-time (Rickey Henderson), who happened to be his contemporary. Alan Trammell has nearly tripled his vote total in over a decade on the ballot, but still is compared to the greatest defensive shortstop of all-time (Ozzie Smith) and one of the greatest hitting shortstops of all-time (Cal Ripken), who were both contemporaries. And then there's Edgar Martinez, who has hovered around a third of the vote for his three years on the ballot because "he didn't have a position", despite being one of the best DHs of all-time.

And then, there's the new candidates. Barry Bonds, Roger Clemens, Sammy Sosa, and Mike Piazza would all be slam dunk inductees if only it weren't for that nasty steroid cloud surrounding them all, despite nothing even linking Piazza to PEDs. Without performance enhancing drugs, Bonds and Clemens are Hall of Famers based solely on the first ten years of their marvelous careers. I can understand not voting for Sosa though, because his peak years seem to be completed inflated by steroids, and his career was essentially over by 35. Even Craig Biggio, who got to the magic 3000 hit mark in the final season of his career, isn't getting as much support as you'd think because he was teammates with Bagwell (who was never tied to any sort of PEDs) and Ken Caminiti (an admitted user).

With a ballot that features so many viable candidates, it would be absolutely laughable if none were elected this year. That ballot I mentioned from 1996 (the last year that the BBWAA didn't elect any players) had six players that would eventually be voted into the Hall, including Ron Santo by the Veterans Committee. Just four players from that ballot had a score on Bill James' Hall of Fame Monitor of over 130, with over 100 considered more likely for election. The 2013 ballot has no less than 14 players with a HOF Monitor score of over 130 (and one of them *isn't* Morris). Comparing the 1996 ballot to the 2013 ballot isn't even a question. The leading vote getters in 1996 were Phil Niekro, Tony Perez, and Don Sutton, two pitchers who hit magic numbers (300 wins, 3000 strikeouts) due to their longevity and a largely above average hitter that is widely considered one of the lowest players on the Hall of Fame totem pole. These guys weren't superstars that dominated the game like many members of the 2013 ballot, and that's why no one went in. If the same thing happens this year with this ballot, it's going to make the 2014 ballot an even bigger mess.

And here's the thing about 2014: while the ballot is once again strong, the best candidates don't have the black flag of steroids waving above their pirate ship. Greg Maddux, Mike Mussina, Tom Glavine, and Frank Thomas are the highlights of the class, and the only one that anyone would ever mention the word steroids with is Thomas, which would be a losing argument considering how outspoken Thomas has been about the subject. Could you imagine being a voter next winter, and having to fit those four on your ballot while all of the worthy candidates from 2013 remain? It would be an absolute mess, and would probably lead to more finger pointing, screaming, and attempts to tie every player that played in the 90s to steroids. Then in 2015, Randy Johnson, Pedro Martinez, John Smoltz, and Gary Sheffield hop into the mix, and Sheffield will likely get shafted based on his reputation with the media and his inclusion in the Mitchell Report.

This is where we are. The Baseball Hall of Fame has the very real possibility of becoming irrelevant. Some of the best players of an era in baseball could be excluded based on the egos of writers who feel the need to defend the very game that they lauded when Sosa, Bonds, Mark McGwire, and the rest of the PED users around the league hit tape measure home runs and brought fans and media attention back to the game. Now, when it's time for them to be recognized for their achievements, they're getting shunned because those same writers that didn't know the difference between Winstrol and Winston Lights ten or fifteen years ago think they're guardians of all that is sacred about the game of baseball.