Ah yes, the NL Rookie of the Year award…now we're talking. Our top six finishers in the NL voting probably could win the AL award in a cakewalk, but it doesn't work that way. One thing I really like about the crop of NL rookies is how diverse the candidates are. You have heavily hyped prospects, you have foreign imports, you have guys that have come out of nowhere, and you have everything in between.

TOC's midseason National League Rookie of the Year is Shelby Miller of the Cardinals.

Miller was a disappointing All-Star snub for the National League, and he truly deserved it as one of the best pitchers in the NL in the first half. The former first round pick and three-time top 15 Baseball America prospect earned his spot in the St Louis rotation with a strong spring, and he's proven that he deserves to stick. In 104 2/3 innings this season, Miller has a 2.92 ERA and 112 strikeouts. Only Lance Lynn and Adam Wainwright have thrown more innings or struck out more hitters among Cardinals pitchers, and only Wainwright and Jake Westbrook (in 12 starts, mind you) have a lower ERA in the St Louis rotation. It's always thrilling to see a young pitcher live up to all of the hype surrounding him, and the 22-year old Miller has done that in spades, With him and Wainwright at the top of their rotation for the next five years (at least), the Cardinals look mighty frightening. 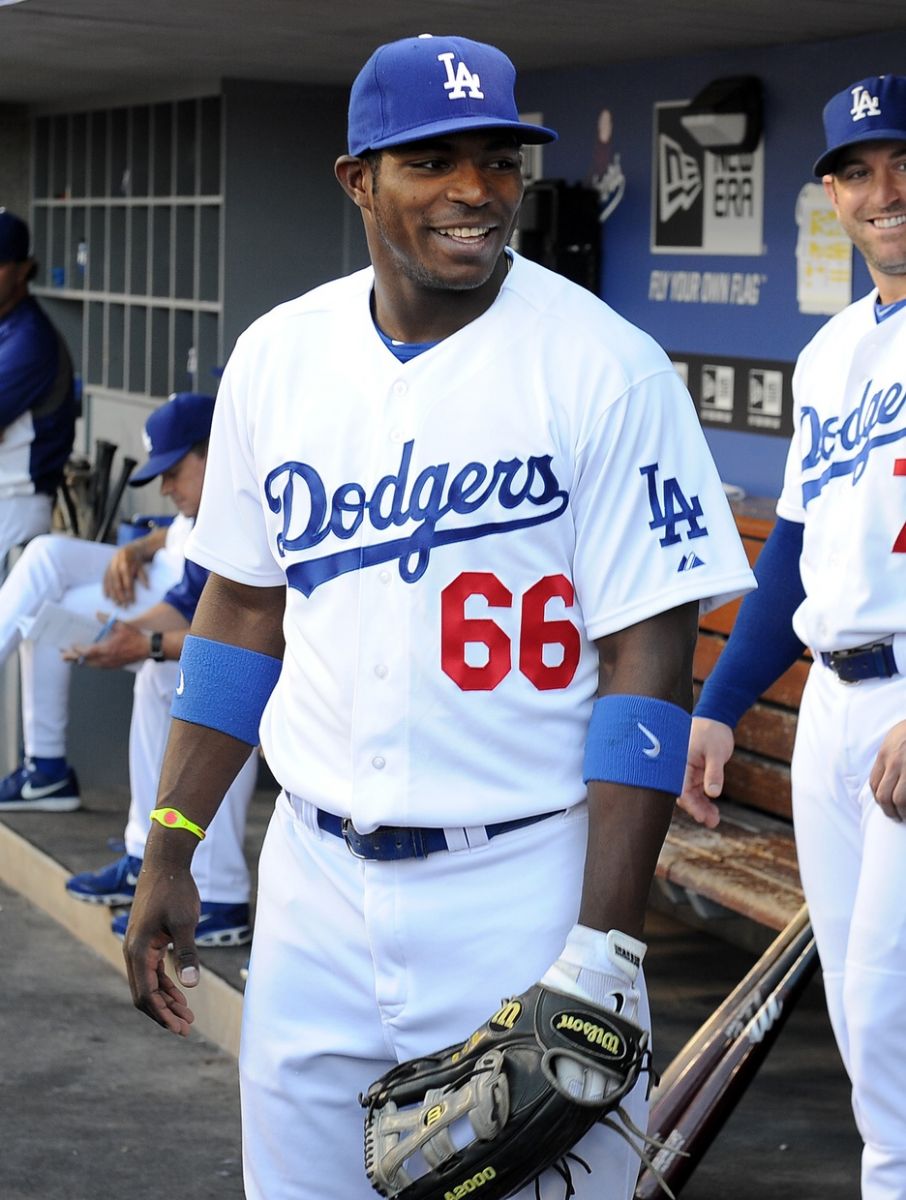 I'm sure that, by now, you can figure out who the runner-up was in our voting: Yasiel Puig of the Dodgers. Quite frankly, Puig can surpass Miller by the season's end, even if he doesn't continue to hit nearly .400. The 22-year old Cuban has taken Los Angeles by storm with eight homers and five stolen bases in 38 games to go along with his mind-blowing .391/.422/.616 line for the season. What actually might end up hurting him is the logjam among Dodgers outfielders, as Carl Crawford, Andre Ethier, and Matt Kemp all make a truckload of money and wouldn't be very easy to move in a trade or throw on the bench. But with Crawford and Kemp both banged up this season, Puig hasn't had any issues finding playing time so far during his call-up. If he finishes the season playing at an above average, or even average, level, his hot start could make his stats look absurd and carry him to the award.

Evan Gattis of the Braves finished in third place in our voting after catching the eye of the baseball world over the season's first two months. However, Gattis went on the DL in mid-June with a strained oblique, and Puig took over after that. Add in Gattis' struggles in June before the DL stint and the hot play of Brian McCann behind the plate and Freddie Freeman at first in Atlanta, and playing time could also be an issue going forth. However, if BJ Upton's DL stint for the Braves keeps him out longer than anticipated, Gattis could log some playing time in the outfield and perhaps pad his stats some more. There's always the possibility that we've seen the best of Gattis already and it's all downhill from here, but don't count your chickens before they hatch. I mean, remember Bryan LaHair last season with the Cubs?

Gattis led the crop of the rest of the rookies in the league, all of whom can take a step up in the second half and dethrone the Miller/Puig duo from the top two spots in the league. Jose Fernandez's appointment to the Marlins rotation to begin this season raised some eyebrows, but Fernandez has more than held his own with a 2.75 ERA in 104 2/3 innings and 103 strikeouts. He's one of the bright spots in a dismal season in Miami along with masher Giancarlo Stanton. Braves starter Julio Teheran has been Atlanta's second-best starter for most of the season behind Mike Minor, and he rebounded from a shaky start to the year to strike out 61 and walk nine in 67 innings in May and June. Korean import Hyun-Jin Ryu has been a rock in the Dodgers rotation behind ace Clayton Kershaw, holding strong with a 3.09 ERA. Arizona rookie shortstop Didi Gregorius has impressed with his glove, but his bat has steadily declined since a hot start. Even with a weak bat, a strong glove lets you start at short in this league. Padres second baseman Jedd Gyorko helped spur San Diego's offense until hitting the DL in June, and the team hasn't recovered since. Finally, there's Matt Adams of the Cardinals, who really just beats the crap out of the ball, but might end up being frozen out of playing time once Matt Holliday returns from the DL.