For years, the state of catching in the major leagues hasn't been too great. But now, we're in a new era. The old guard has retired for the mostpart. Say goodbye to the guys formerly in the top tier like Ivan Rodriguez, Jorge Posada, Jason Varitek, Javy Lopez and Jason Kendall. After a couple of transitional years, the catching class has taken a tremendous step forward over the last two years. Seven backstops put together four win seasons in 2012, up from six in 2011 and just four in 2010. And honestly, we could be looking at *another* increase in the top tier catchers for the 2013 season. 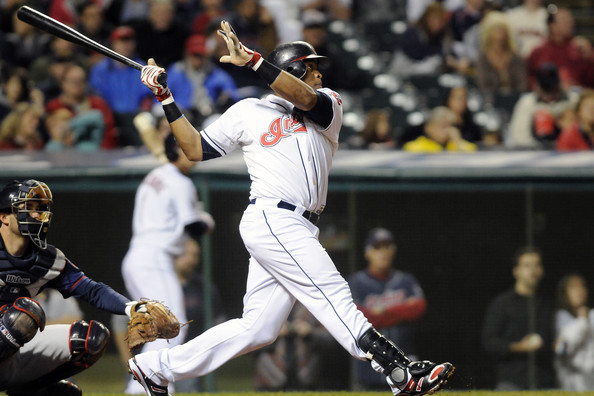 10. Carlos Santana, Indians
Santana has had hype on his side for years, but he hasn't been able to break through the glass ceiling into the tier of elite catchers quite yet. He'll be 27 in April, and has just two full seasons under his belt. But in those two career seasons, Santana has walked 90 times in each, and has monstrous power (though it did take a step back in 2012). With the additions of Mark Reynolds and Nick Swisher to the Cleveland lineup, Santana will finally have some protection, and might be able to take that next leap forward. However, while he's a good hitter, Santana isn't a great defender (ten passed balls tied for the fourth most in the league, 44 wild pitches allowed are third most in hte league) and that could hurt his long-term future. But looking at just 2013, he's the player I'd consider most likely to break out in a big way this year.

9. Brian McCann, Braves
McCann is an interesting case, because while he's been one of the best catchers in baseball for years, he looked done in 2012. McCann's triple slash in 2012 was just .230/.300/.399, and his 20 homers were his lowest in a season since 2007. A lot of his struggles can be attributed to a .230 BABIP and a shoulder that needed surgery after the season, but after a year like 2012, he has a lot to prove going into his age 29 season (also his last under contract with the Braves). Like Santana, McCann is also not a great defender (he's allowed at least 70 stolen bases in every full season of his career), and he's thrown out 30% of attempted base stealers just once in his career. I think more questions surround McCann than any other catcher in the game.

8. Salvador Perez, Royals
For a player with just 115 career games, Perez has received a lot of warranted hype. There are questions about his plate discipline after he's walked just 19 times in 437 plaet appearances, but he's also only struck out 47 times while showing great power and hitting for a high average. Perez is also a fantastic defender behind the plate for Kansas City, throwing out 41.9% of attempted base stealers in 2012 and allowing just three passed balls. If Perez plays a full, healthy season in 2013, we'll learn a lot about him for both the short and long-term. He could be a franchise guy in Kansas City…or he could be just another flash in the pan that gets exposed. I really want to put Perez higher on the list, but with how great the catching crop is this year, I can't rationally do it without feeling bad about myself. 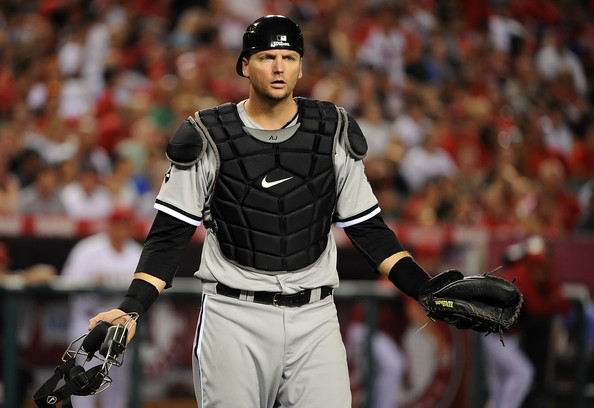 7. AJ Pierzynski, Rangers
Hear me out on this one. Yeah, Pierzynski had a career year at 35 in his walk year. Yeah, he hit a career-high 27 homers in 2012 after hitting a total of 30 in the prior three years. But he'll be leaving one hitters park (US Cellular Field) and heading to another (Ballpark at Arlington), and the batted ball stats Pierzynski showed in 2012 are solid enough that if he keeps them at that level in 2013, he can easily replicate his success from 2012. 27 homers might be a little much, but 15-20 could be within reason.

6. Carlos Ruiz, Phillies
I'm ready for the backlash from Phillies fans for putting Ruiz this low after his fantastic 2012 season. But the reasons for concern about Ruiz going forward are justified. First off, the catcher will turn 34 this month, and he's never managed to collect 500 plate appearances in a season due to a combination of platoons and injuries. He missed a month in 2012 while battling a case of plantar fascitis, and struggled relative to his first four months of 2012 when he returned. There's also the 25 game suspension to kick off 2013 following a positive test for amphetamines, which will kick his season off a month late compared to the rest of the league. Ruiz changed his approach for the 2012 season and was more aggressive at the plate, resulting in swings in both his walk and strikeout rates, and a huge jump in power. I'm going to need to see him keep it up for two years in a row to throw him into that elite category though, and I'm not sure he can replicate that at age 34.

5. Matt Wieters, Orioles
Wieters is always going to get the tag of OVERHYPED slapped onto his forehead, for the sole reason that he's not the second coming of Mike Piazza. But his career thusfar has been an anigma. While Wieters has put together back to back 20 homer seasons for the Orioles, he hasn't put everything together in one full season yet. In 2012, he walked at an over 10% rate for the first time in his career, but also struck out at a career-worst rate and hit .249. He's had an on-base percentage above .330 just once in his career. But even with his bat underwhelming in the grand scheme of things, Wieters is still an elite defender, and that defense combined with his bat makes him a four win player. But if the bat takes another step forward, he could be a six win player, and one of the best players in baseball.

4. Joe Mauer, Twins
Mauer falls out of the top three because of health concerns. After being banged up for most of the 2011 season, Mauer played a full year in 2012 and responded with a typical Mauer line (.319/.416/.446), but played just 628 innings behind the plate, indicating that the Twins probably don't view him as a full-time backstop anymore. Mauer's defense also took a massive step back this past season, as the 56 stolen bases he allowed were a career worst…and he did that in only 74 games behind the plate. Sirens are going off around Mauer to me, and while he's still a great pure hitter, I'm not sure that the soon-to-be 30-year old is still an elite catcher.

3. Miguel Montero, Diamondbacks
Montero's last two seasons have showed me that he's something special, even if he's got a favorable home park (where he hit worse in 2012 at than on the road). Montero is really a complete player, walking at a double digit rate, bashing 15 homers, and falling a little shy of hitting .300 this past season. Montero's defense behind the plate has also become fearsome over the last two seasons, throwing out 41% of baserunners while catching over 130 games in each season. He's good. He's real good.

2. Yadier Molina, Cardinals
Cardinals fans love Molina and will probably rake me through the coals for ranking him second, but it's hard to rank him above the reigning NL batting champion and MVP. But quite frankly, before the last two seasons, the 30-year old Molina was nothing special offensively. He's the best defensive catcher in baseball and an ironman behind the plate, but even after the last two years, I'm still skeptical of whether or not the bat can continue to be excellent. If he still hits the bejeezus out of the ball, Molina is neck and neck for the top spot on hte list. 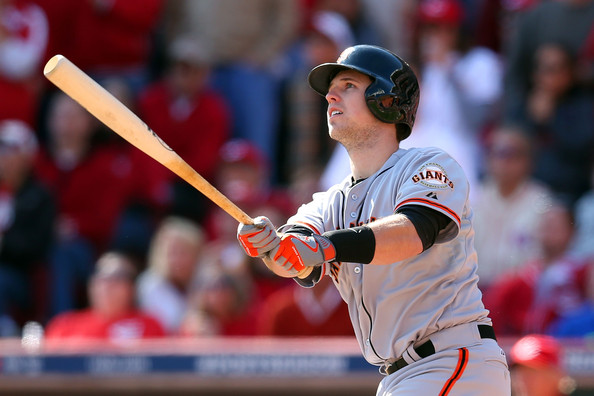 1. Buster Posey, Giants
You were expecting someone else? Posey made history in 2012, winning the NL MVP award and batting title, two things that a catcher hasn't done since before an MLB franchise was on the west coast. He had an eight win season as a 25-year old. Him and the Giants won their second World Series in three years. Posey's injury in 2011 was probably the most devastating for any team that year, if his performance in 2012 is any indication as to just how good he is. His bat is so good that long-term questions about Posey's future behind the plate remain, but until he either gets hurt on a regular basis or starts to be a liability on defense, he's not going anywhere.