As we begin the final march towards Spring Training, there are still some teams that have plenty of holes to fill. And honestly, there are still some top free agents on the market, with Scott Boras' trio of Michael Bourn, Kyle Lohse, and Rafael Soriano as the prime players left on the market. However, when you look at last year's ten playoff teams, a different picture is painted. All ten teams that made the playoffs last year will likely be contenders of some sort next year, but that doesn't mean they're all locks to return to the playoffs. Some of the ten still have a little bit of work to do this offseason, while some are looking pretty solid heading into Spring Training. But what exactly do they all look like right now? 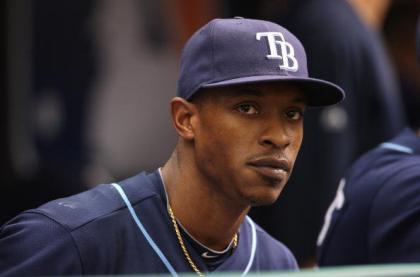 Atlanta Braves. The Braves had a boring winter. They replaced Michael Bourn in center field with BJ Upton, picked up Gerald Laird to back up Brian McCann as a replacement for David Ross…and that's it. The team still hasn't replaced Chipper Jones' bat in the lineup, but have still been linked to acquiring Justin Upton. Atlanta actually has some wiggle room left in their payroll, and if Bourn's price falls far enough, a reunion for 2013 wouldn't be too hard to comprehend. The more likely scenario is that the Braves use Martin Prado as both a third baseman and left fielder, with Reed Johnson and Juan Francisco splitting time at the position Prado isn't playing based on the handedness of the starter. The Braves are probably done.

Baltimore Orioles. Baltimore didn't tweak much this offseason. They re-signed Nate McLouth to play left field, and still have Nolan Reimold in the fold to take over in case McLouth falters on an every day basis (and Reimold stays healthy, of course). Nick Markakis will be back and healthy for the 2013 season, shifting Chris Davis from right to first base to replace the departed Mark Reynolds.The Orioles could still use a DH as an upgrade over Wilson Betemit, but a healthy Reimold could also fill that spot. Baltimore's pitching staff is largely unchanged from a year ago, though the team is apparently still sniffing around veteran starters like Joe Saunders, but I think the Orioles are done for the winter.

Cincinnati Reds. The Reds' big splash this winter was acquiring Shin-Soo Choo from the cross-state rival Indians, putting him in center field to replace Drew Stubbs (dealt to Cleveland in the trade), whose offensive inadequacies drove fans mad last season. Cincinnati also re-signed Ryan Ludwick to play every day in left field, and are moving Aroldis Chapman to the rotation, throwing Mike Leake's future with the team into question. With trade deadline acquisition Jonathan Broxton also re-signed to take over for Chapman as the team's closer, the Reds are looking like a nearly identical version of last season's 97 win club, and they are done this winter.

Detroit Tigers. The Tigers acted quickly this winter, signing Torii Hunter to play right field to replace the disappointing Brennan Boesch in the lineup. Delmon Young is gone, and will be replaced at the DH spot by Victor Martinez, returning from a torn ACL last winter. Detroit also re-signed starter Anibal Sanchez to return the entirety of their excellent 2012 rotation, but could potentially move Rick Porcello or Drew Smyly due to their depth. The Tigers also seem comfortable handing their closer job to untested Bruce Rondon, replacing the veteran Jose Valverde. I don't think Detroit is going to get involved with one of the veteran closers on the market (like Soriano), and that this team is done for the winter.

New York Yankees. The Yankees actually still have holes to fill this winter. Their starting outfield is currently Brett Gardner, Curtis Granderson, and Ichiro Suzuki, and the team could probably use another bat out there if they're not sold on Gardner after a lost 2012 season. New York also needs a DH until Alex Rodriguez is ready to return from hip surgery, because their current options just aren't going to cut it if Rodriguez is going to miss half the season. The Yankees catching situation is also not looking so hot after the departure of Russell Martin, with Chris Stewart and Francisco Cervelli as the favorites for the Opening Day roster. Austin Romine could win the job with a strong spring, but played sparingly in 2012, and likely needs a full season in AAA in 2013. This is a team that needs help on offense as opposed to their pitching staff, which seems to be a bit of a departure from recent years in the Bronx.

Oakland Athletics. Oakland is in a good position right now. Brandon McCarthy signed with the Diamondbacks, and Dan Straily will slot into Oakland's rotation to replace him until Bartolo Colon's 50 game suspension ends. The A's also feature new talent up the middle in shortstop Hiroyuki Nakajima and second baseman Scott Sizemore, who missed all of 2012 with a torn ACL and will be given every chance to retain the starting position after Jemile Weeks had a disastrous 2012. The A's also essentially replaced Jonny Gomes with former Diamondback Chris Young, keeping the team with five solid outfielders for four positions. Oakland is done this winter. 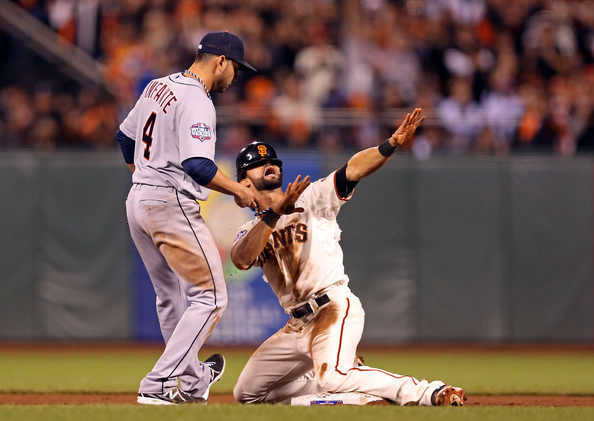 San Francisco Giants. The Giants stood pat after winning the 2012 World Series, their second in three seasons. The team re-signed Angel Pagan, Marco Scutaro, Jeremy Affeldt, and Santiago Casilla from last year's team. Their pitching staff is virtually identical to the 2012 team, and the only major changes on offense for 2013 include a full season of Hunter Pence in right field for 2013 and a likely platoon of Gregor Blanco and Andres Torres in left to replace Melky Cabrera. The team could possibly use a left fielder, but I think they're done for the winter.

St Louis Cardinals. The Cardinals didn't do much of anything this winter. All eight offensive starters return from 2012. Kyle Lohse wasn't re-signed and likely still won't be brought back, but St Louis has plenty of capable starters to fill Lohse's rotation spot, even with Jaime Garcia's health being a question. Hell, the biggest splash the Cardinals made this winter was signing reliever Randy Choate. St Louis is done, but it could be argued that they never really even got started.

Texas Rangers. Oh boy. The Rangers haven't had a great winter. They struck out on Zack Greinke, lost Josh Hamilton to the Angels, failed to trade for Justin Upton, couldn't outbid the Blue Jays for RA Dickey, couldn't even steal James Shields from the Rays, and let Mike Napoli walk away to the Red Sox (assuming the deal holds up with his hip injury). Now, here we are. The Rangers replaced Napoli (and the pathetic hitting Michael Young) with Lance Berkman, who will get a lion's share of the playing time at DH and possibly get some playing time at first while spelling Mitch Moreland. AJ Pierzynski will be the team's new catcher, replacing Napoli, and will split time with trade deadline acquisition Geovany Soto. The Rangers still haven't adequately replaced Hamilton in the lineup though, and if they can't deal for Upton or sign Bourn, it looks like Leonys Martin will be an every day player in 2013 for them. Tommy John surgeries will sideline both Colby Lewis and Neftali Feliz for at least half the season, necessitating Alexi Ogando to be converted back into a starter and potentially Robbie Ross as well, though prospect Martin Perez has a better chance at beginning the year in the rotation than Ross. The Rangers could still look at both Bourn and Lohse this offseason, and despite their claim that they're out of the conversation for Justin Upton, I think they'd reopen discussions with the Diamondbacks if Kevin Towers' price drops a bit. 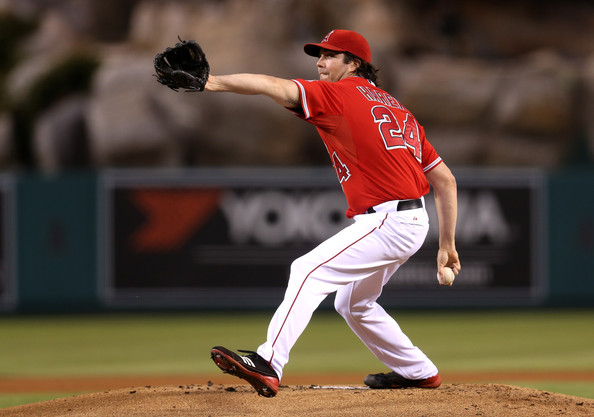 Washington Nationals. Washington is such a young team that they didn't need to do much this winter. They replaced Edwin Jackson in the rotation with Dan Haren. They traded for Denard Span to play center, shifting Bryce Harper to left and putting Michael Morse on the trade block after re-signing Adam LaRoche. And….that's it. The Nationals could use a reliever or two after losing both Sean Burnett and Michael Gonzalez, but there's no chance that they would get involved in the bidding on someone who is going to cost any substantial salary. I think Washington is done once they move Morse.

So for the mostpart, last year's playoff teams are done. The Yankees and Rangers still have hurdles to cross, but aside from the Nationals trading Morse, no other teams have a pressing need going into Spring Training. Of course, one torn knee or elbow ligament can drastically change everything.