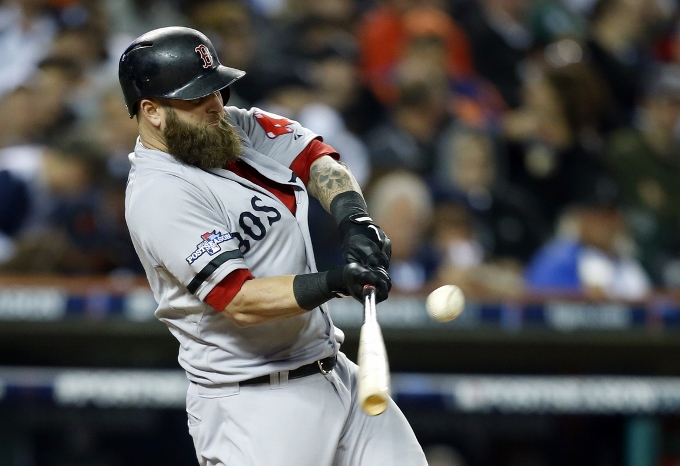 Whatever the situation where a one-year deal is used, it can work out really well or really poorly – there's generally not much of a middle ground. The players that perform well during their single year contract generally get a multi-year offer or extension the next winter, and all is well. The players who don't do well are either looking at another single year contract for a lesser salary or simply have to settle for a minor league contract.

Last winter was no exception. Plenty of players got one year deals. Some excelled, some flopped. Here are the best and worst one year contracts from last offseason, with the caveat that I'm not considering exercised options or deals to avoid arbitration.

The Best
Mike Napoli, Red Sox. The whole situation with Napoli in Boston was a mess. He initially agreed to a three-year, $39 million contract with the club, but that fell apart over concerns about Napoli's hip. The deal was reworked into a one-year, $5 million contract with $8 million in incentives based on health and playing time. Napoli didn't go on the DL once this year, logged a career-high 578 plate appearances, and hit .259/.360/.482 with 23 homers. That's $13 million well spent, and Napoli will look to cash in this offseason.

Koji Uehara, Red Sox. This was one of the best signings of the winter. Boston signed Uehara for one year and $4.25 million, and incentives based on games finished pushed the contract to an even $5 million. All Uehara did was post a 1.09 ERA, strike out 101, walk nine, and accumulate 3.3 fWAR at the back of Boston's bullpen. Perhaps the best part of this for the Red Sox is Uehara pitching in enough games to guarantee his vesting option for 2014 at $4.25 million.

Nate Schierholtz, Cubs. Schierholtz got $2.25 million from the Cubs after the Phillies nontendered him (and signed Delmon Young, which didn't work out at all). Schierholtz hit 21 homers for the Cubs as he really began to come into his own with Chicago after failing to break through during his years with the Giants. Schierholtz still has one year of arbitration left, so he'll get a nice raise from the Cubs this winter.

Hiroki Kuroda, Yankees. Kuroda had a good year for the Yankees in 2012, and the team brought him back for a whopping $15 million in 2013. All Kuroda did was put together another excellent season, throwing 201 1/3 innings of 3.32 ERA ball and stepping up to be New York's ace after CC Sabathia struggled in the second half.

Bartolo Colon, Athletics. After a PED suspension ended his 2012, the A's bought low to bring Colon back for 2013, handing him just $3 million guaranteed. The veteran built on his first year in Oakland, starting 30 games and throwing 190 1/3 innings (his most since 2005) while pitching to a 2.65 ERA and accumulating nearly 4.0 fWAR. Oh, and he turned 40 in May. Well done, Bartolo.

Francisco Liriano, Pirates. Liriano falls into a similar boat as Napoli – the Pirates had agreed to a multi-year contract with him, but injuries derailed it and turned it into an incentive-laden one year contract. But Liriano's contract also possessed an $8 million option for 2014 that will surely be exercised after the former Twin made 26 starts with a 3.02 ERA, helping Pittsburgh reach the Postseason for the first time since 1992. Bonuses pushed that $1 million up, but to nowhere near the point of ridiculousness.

James Loney, Rays. Following in the footsteps of Casey Kotchman, Loney hit .299/.348/.430 with 13 homers for Tampa Bay, costing the team just $2 million after the Dodgers and Red Sox both gave up on him in 2012. I'm sure Loney will get a nice big contract from a team this winter, and the Rays will move on to yet another reclamation project at first. 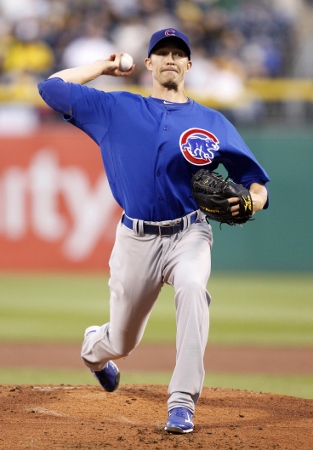 The Worst
Scott Baker, Cubs. The Cubs signed Baker, coming off of Tommy John surgery, with the expectation that he'd provide solid production and the team would be able to flip him at midseason like they did Scott Feldman, another guy they signed to a one-year deal. That didn't happen, as Baker dealt with complications from his surgery all year and threw just 15 innings for Chicago. Maybe next year, Scott.

Brett Myers, Indians. The veteran Myers was brought in to shore up the back of Cleveland's rotation at the hefty price of $7 million. In four games for the Indians, Myers had an 8.02 ERA before injuring his elbow and going on the 60-day DL for all of May, June, July, and August. As soon as he was activated, he was released by the Tribe. Nice to see great things keep happening to great people.

Mark Reynolds, Indians. Mark Reynolds is really good at hitting home runs and striking out. He's not good at playing defense. The Indians gave Reynolds nearly 650 innings in the field this season while paying him $6 million, and he was predictably awful with the glove. Combine that with his lauded power disappearing (15 homers, career-worst .158 ISO), and you have all the makings of a disaster, which led the Indians to release Reynolds in August.

Carlos Pena, Astros. The Astros signed Pena with the intention to flip him at the trade deadline, just like they did successfully with Jose Veras. But things didn't go as well for Pena, as he hit just .209/.324/.350 in Houston with only eight home runs for his $2.9 million. Pena did find a new club in the second half, but it wasn't because he was traded – the Astros simply released him, and the Royals snatched Pena up for three plate appearances in September.

Ryan Madson, Angels. The former elite closer looked like a bargain at $3.5 million, especially with the state of the Angels bullpen. Except it didn't work out that way – like Baker, Madson dealt with complications from his Tommy John surgery all year, and was released in August after throwing just one inning of rehab. 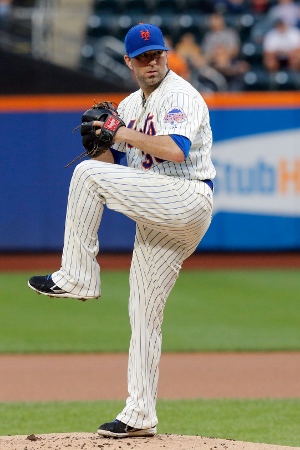 Shaun Marcum, Mets. I liked the Marcum signing for $4 million at the time, as he was a guy in line for a substantial payday before missing two months of the 2012 season following an elbow strain. Well, Marcum was terrible with New York, posting a 5.29 ERA in 12 starts (and two relief appearances). He missed most of April with a pinched nerve in his neck, and was released in July after undergoing surgery for thoracic outlet syndrome, which has essentially ended the career of Chris Carpenter.

Kevin Youkilis, Yankees. The Yankees can afford to sign whoever they want, and Youkilis seemed like he'd be a good fit after Alex Rodriguez's offseason hip surgery. But Youkilis isn't exactly a paragon of health himself, and he ended up playing in just 28 games while dealing with his chronic back injuries, eventually needing surgery for a herniated disc. What a solid way to spent $12 million!

Joe Saunders, Mariners. $7 million for a guy best described as an innings eater doesn't seem like a good deal. Sure enough, Saunders had a 5.26 ERA in 183 innings for Seattle while his strikeout and walk rates both went in the wrong direction. The sad thing is, you know some team is going to give Saunders another one year deal this winter for at least $3 million because he's a left-hander.

Lance Berkman, Rangers. The Rangers signed Berkman for $10 million, so you really can't say they bought low on him after he played just 32 games in 2012. Berkman wasn't healthy again in 2013, playing 73 games for Texas, nearly all at DH. Berkman homered just six times and hit .242/.340/.359 and was a non-factor in the second half as Texas fell out of the Postseason picture, losing a Wild Card tiebreaker to the Rays.