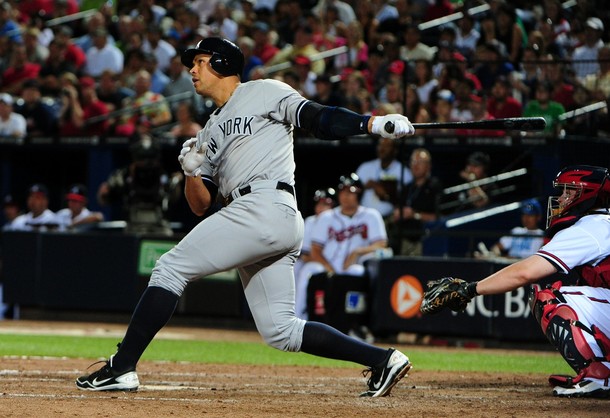 You want a can of worms to be opened? Well, the Yankees are trying to do just that with their attempt to void the remaining five years and $114 million on Alex Rodriguez's contract in the wake of this morning's Biogenesis scandal.

The Yankees are looking at numerous issues to see whether or not they'll be able to void the deal, including him breaking the law by purchasing PEDs from Anthony Bosch and his clinic and him receving medical treatment from an outside doctor without the approval of the team. The near-unanimous conclusion is that the Yankees won't be able to void the deal, and even if they could, they wouldn't be able to until after MLB concluded its investigation into Biogenesis.

Even if Rodriguez were proven to have bought PEDs or other substances from Bosch and Biogenesis, there is a clause in MLB's drug testing policy that prevents teams from imposing any discipline onto a player (which would include a voided contract) past the discipline that the league imparts onto the player. However, while the Yankees could take further action against Rodriguez if he suffered an injury as a result of his breaching the policy, his surgeon, Brian Kelly, said that the torn labrum in his hip was a congenital deformity, and had nothing to do with prior PED use.

After Jason Giambi admitted to steroid usage in 2004 during the BALCO trial, the Yankees tried (and failed) to void the remainder of his contract because of the language in the moral clause of his contract. Rodriguez's contract reportedly does have a moral clause, but it's unknown whether the exact language says anything about PED usage. The most famous case (and really, the only memorable case I can think of) of a contract being voided because of a violation of a moral clause would be Denny Neagle's deal with the Rockies signed after the 2000 season. The final year of Neagle's five year contract was voided after he solicited a prostitute in Denver.

A lot of things will need to swing in the favor of the Yankees for them to void A-Rod's contract, and I don't think that they'll be able to. But the fact that this scandal isn't even 12 hours old and the Yankees are already looking to escape from Rodriguez should speak volumes about how they feel about him as a player in 2013.