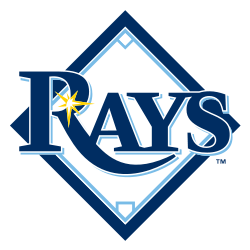 The little engine that could has finally done it. Joe Maddon and his Rays are World Champions. After years of playoff disappointment after they broke through the glass ceiling in 2008, Tampa Bay took the next step as a franchise by winning the World Series and in the process, securing a new stadium deal for the team.

After missing time with injuries in three of his five MLB seasons, Evan Longoria put together his healthiest, best season, playing in 160 games, accruing 8.2 fWAR, and homering 35 times while also winning an AL Gold Glove award en route to winning the AL MVP award. Despite losing BJ Upton in free agency, the Rays offense didn't miss a beat, as Upton's replacement in center (Desmond Jennings) outproduced the long-time Ray, hitting 17 homers, stealing 41 bases at a 91% clip, and winning a Gold Glove of his own in center.

Super-prospect Wil Myers, acquired from the Royals in the offseason as part of the James Shields trade, was called up in June and burst onto the scene in a big way, homering 21 times and winning the AL Rookie of the Year award despite playing in just 94 games. Tampa Bay also got solid contributions from their Swiss army knife Ben Zobrist, who homered 21 times and stole 23 bases, playing above average defense at the three positions he got playing time at.

The Rays' pitching staff also didn't miss a beat despite dealing Shields and Wade Davis to Kansas City. David Price followed up his Cy Young-winning 2012 with a 2.86 ERA and 210 strikeouts in 208 innings. Phenom Matt Moore threw 198 innings for the Rays and had a 3.36 ERA along with a team-leading 212 strikeouts. With those two lefties in the rotation, the Rays only needed average production from Jeremy Hellickson, Alex Cobb, and Jeff Niemann. Of course, that trio delivered in spades, combining to throw 561 innings of 4.01 ERA baseball.

Tampa Bay's bullpen had a performance typical of the Rays. Fernando Rodney couldn't match his 0.60 ERA from 2012, but his 1.92 ERA was more than acceptable. Rodney's main setup man Jake McGee also had another great year, posting a 1.71 ERA and striking out 70 batters in 58 innings. Reclamation projections Jamey Wright and Roberto Hernandez were also impressive for the Rays, while former closer Kyle Farnsworth regained his stud form working in the middle innings.

The Rays won the AL East with 96 wins, and steamrolled the wild card Rangers in a three game sweep in the ALDS. In the ALCS, the Rays faced off with the AL West champion Angels, and won a hard-fought six game series that showcased both Longoria and Mike Trout to the nation. Finally in the World Series, the Rays took on another young, impressive team in the Washington Nationals, and won a five-game series after Bryce Harper struggled in his first World Series appearance and Longoria thrived in his second. It wasn't an easy journey from the basement to the penthouse, but the venture finally ended in 2013 with a title.