With the first month of the 2014 MLB season checked off, it’s natural to take a larger view and see if anything unexpected has emerged. Success in April doesn’t necessarily translate to sustained success over 162 games, of course. But it is interesting to see which players are having potential breakout seasons. A month from now, we could look back and say “Remember that great start whatshisface had? Whatever happened with that?” This post leaves us something to check back on later in the season and see if these five early-season surprises kept up.

Chris Colabello, Twins: A 30-year-old outfielder who’s spent most of his nine-year professional career in the minors, yet currently ranks second in the AL with 27 RBI would seem to be the definition of “surprise.” OK, we don’t use RBI to measure a player’s merit like we once did, and Colabello is benefiting from the upper-third of the lineup getting on base in front of him. But someone has to drive in those baserunners, which Colabello has been doing for a surprisingly potent Twins offense. He’s starting to cool off and has ceded the league’s RBI lead to Jose Abreu, but no one prompted more “Who is this guy?” questions in April than Colabello.

Charlie Blackmon, Rockies: OK, Blackmon drew plenty of “Who is this guy?” curiosity too. But at least the 27-year-old outfielder has had some success in the major leagues as a part-time player during the past two seasons. However, no one expected Blackmon to be second in MLB with a .369 batting average and among its top five hitters with a 1.014 OPS. As Garrett Wilson pointed out for us, his 1.9 WAR is the third-best mark in baseball. A .359 BABIP would seem to indicate that Blackmon will eventually join the ranks of mortals again. But he had a .366 BABIP last season, so maybe not. 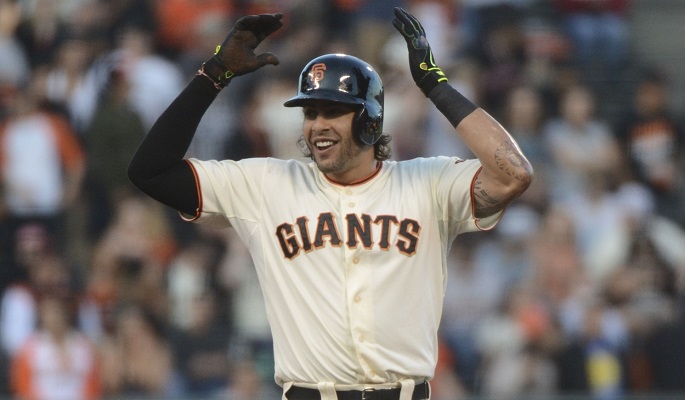 Michael Morse, Giants: Signing Morse to a one-year, $6 million deal was a head-scratcher. Would he hit for power at AT&T Park? Morse also isn’t a good defensive outfielder, and San Francisco’s bigger dimensions would seem to expose that. But the Giants needed some right-handed power, and if healthy, Morse could provide that. The 32-year-old slugger has appeared in 28 games, tied for the most among Giants everyday players. As a result, he’s hit six home runs — second-most on the team — while leading the club in RBI. It’s not an all-or-nothing effort either, as Morse’s .302 batting average and .932 OPS demonstrate.

Jason Hammel, Cubs: Returning to the NL and getting out of the AL East seemed like a good idea for Hammel. But the early success he’s had couldn’t have been expected. His 2.08 ERA ranks among the top 10 pitchers in the league, and his 0.69 WHIP leads MLB. Opposing batters are hitting .144 against him, the second-best mark in baseball. Yet a 4.04 FIP and .138 BABIP both seem to indicate that Hammel is getting great defense behind him and won’t keep this up. The Cubs have to be hoping he’ll do so until July, however, so he can be flipped for prospects at the trade deadline.

Justin Morneau, Rockies: Didn’t Morneau look just about finished as a ballplayer last year after posting a .681 OPS with no homers and three RBI in a late-season stint with the Pirates? A two-year, $12.5 million contract looked like a baffling offer from the Rockies. Right now, it looks like a brilliant signing. Morneau is currently batting .340 with a .967 OPS, resembling his MVP form of 2005. He’s hitting well on the road too, so this doesn’t appear to be a Coors Field illusion for now. His .341 BABIP is an eyebrow-raiser, however. And a .264 ISO (Isolated Power) would be the highest mark of his career, which doesn’t seem likely to maintain itself.