Friday’s bombshell announcement that Joe Maddon opted out of his contract with the Tampa Bay Rays sent tremors rippling throughout baseball. Widely considered the best manager in MLB, Maddon immediately became the top candidate available for any team looking to upgrade in the dugout. The problem is that the Minnesota Twins are currently the only team in immediate need of a manager.

Though the Twins have some promising young talent soon to be ready, they’re still in a rebuilding mode that doesn’t suit Maddon’s desire to take over a team ready to contend quickly. This fueled rampant speculation from many reporters, commentators and fans that several MLB clubs might be willing to push out their current manager in favor of a skipper who could lead a fledgling contender to the playoffs, or a playoff team to World Series champion.

Unless a general manager decides to make a ruthless business decision, it’s possible that Maddon could sit out the 2015 season and work in television. But as long as he’s available, plenty of current managers will be on notice and under significant pressure to succeed. Here are nine MLB managers who can’t be happy that Maddon could possibly be waiting outside the door, ready to take their jobs.

Don Mattingly, Dodgers
Within minutes of Buster Olney’s tweet reporting Maddon’s decision — actually, within seconds — fans and writers began making cracks about Mattingly needing to update his résumé and LinkedIn page. From the moment Andrew Friedman left the Rays to become the Dodgers’ president of baseball operations, speculation was that Maddon would eventually join him in Chavez Ravine.

Friedman stated publicly that Mattingly would be the Dodgers’ manager next year, and he’s under contract through 2016. But if the team performs below expectations again and Maddon is available, it’s not difficult to imagine that Friedman and Maddon will reunite. That shadow could loom over the Dodgers’ home dugout all through next season. 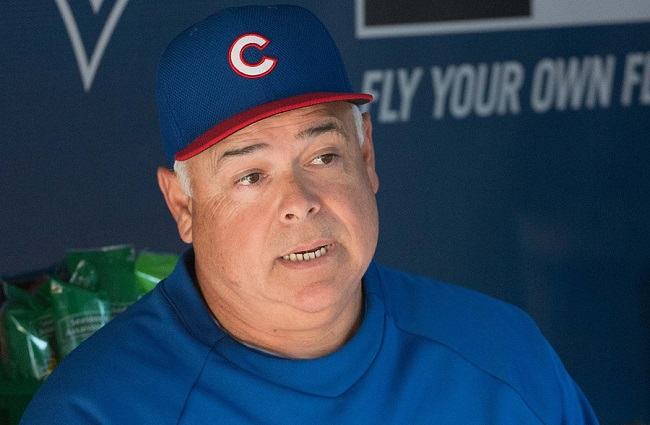 Rick Renteria, Cubs
Our Randy Holt already covered this in detail, explaining why the Cubs would be such an appealing destination for Maddon. The expectation throughout the baseball industry is that Maddon will eventually end up in Wrigleyville. It’s also curious that the Cubs have been quiet about these rumblings, while other teams have dispelled speculation by insisting their managers are coming back next season.

That doesn’t seem to bode well for Renteria, who finished his first season with a 73-89 record. But the Cubs are seen as an up-and-coming franchise that isn’t far from contention. There will be questions of whether or not Renteria is a placeholder that can develop young talent, rather than an experienced postseason skipper that will guide his team to a division title and playoff run.

Terry Collins, Mets
The Mets are another club that immediately pledged loyalty to their incumbent manager, with COO Jeff Wilpon and GM Sandy Alderson insisting that a change won’t be made. Collins is under contract for next season and the Mets hold an option for 2016. But is Collins the right guy to lead this team to a playoff bid?

If the front office makes the right additions (i.e., a power-hitting outfielder, possibly a shortstop and bullpen arm), the Mets could be in the NL East mix next season with a rotation stocked with impressive young arms. Another under-.500 finish, and Collins likely won’t be back. If Maddon is on the market, such a decision will be that much easier.

Mike Matheny, Cardinals
Here’s where imagination among fans and commentators begins to run wild. Having managed the Cards to the playoffs in each of his three seasons — including two division titles and one NL pennant — Matheny likely isn’t going to be replaced. But his performance during St. Louis’ NLCS loss to the Giants raised many questions about his in-game decision-making and ability to adapt from regular season strategy to postseason demands.

If Maddon wants a job where he can step in and take over a playoff contender, there’s arguably no better gig than the Cardinals. However, if Maddon does want some power over personnel, he likely won’t find that in St. Louis, where GM John Mozeliak is established and successful. 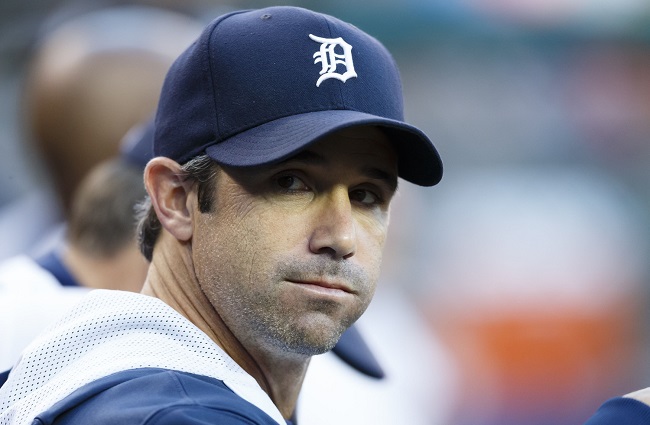 Brad Ausmus, Tigers
Tigers fans are definitely not sold on Ausmus after his first season in Detroit’s dugout. People anticipated an innovative, unconventional thinker influenced by advanced data. Instead, Ausmus was surprisingly old-school in terms of catering to veterans and rigidly sticking with set roles in his bullpen management. The Tigers are definitely in win-now mode, so more on-the-job training for Ausmus could be seen as costly.

GM Dave Dombrowski says Ausmus will be back, but that was before Maddon became available. This isn’t a move Dombrowski typically makes, but Tigers fans will point to the team replacing Les Moss with Sparky Anderson in 1979. Owner Mike Ilitch has rarely hesitated to bring in proven coaching talent with the Red Wings, hiring Scotty Bowman and Mike Babcock. It’s also possible that Maddon could get some personnel power if Dombrowski sees the end of his days as the general manager coming.

Fredi Gonzalez, Braves
The Braves already had an opportunity to replace Gonzalez when GM Frank Wren was fired. Bobby Cox is very supportive of Gonzalez (which is one reason Wren was dismissed), but Maddon wasn’t available at the time. New president of baseball operations John Hart is probably in sync with Cox’s wishes, and whomever the Braves hire as their new GM will surely follow suit.

But if Maddon wants to take over a contender right away, Atlanta fits that description. The questions about lineup construction, in-game management and bullpen overuse that plague the perception of Gonzalez would no longer apply. The hope may also be that Maddon could help salvage B.J. Upton, whom he managed for seven seasons in Tampa Bay. 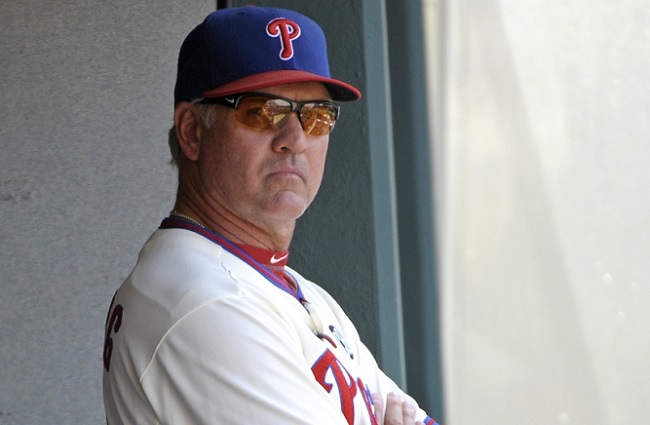 Ryne Sandberg, Phillies
Upon news of Maddon’s availability, GM Ruben Amaro Jr. immediately stated that Sandberg was the Phillies’ manager. He’s under contract through 2016 with a club option for 2017. Sandberg had plenty of managerial experience in the Cubs minor league system, but had some difficulties in dealing with major league veterans — especially those accustomed to Charlie Manuel’s style of management. Disputes with Jimmy Rollins and Cole Hamels became public.

However, as it becomes clear that the Phillies are a rebuilding situation with an aging roster in need of overhauling, that’s probably not something Maddon is interested in at this point of his career. Not unless he’s given some personnel power. That likely won’t happen with Pat Gillick in place as interim president, overseeing his former protégé, Amaro.

Jeff Banister, Rangers
This is terribly unfair to Banister, who was just hired as the Rangers’ new manager. But would GM Jon Daniels have made this hire, had Maddon been available? That question could hang over Banister throughout his first season on the job, an opportunity he’s waited for after 29 years with the Pirates.

Daniels likely still would have hired Banister, as he apparently wanted a fresh-faced manager more willing to execute the front office’s vision. Texas may also be further from contention than Maddon would prefer. But with the right additions — especially on the pitching staff — the Rangers could quickly compete with the A’s, Angels and Mariners in the AL West.

Chip Hale, Diamondbacks
As with Banister, it’s unfair to say that the D-Backs should have waited to hire Hale when there was no indication that Maddon would opt out of his contract with the Rays. But had Maddon been out there, Tony La Russa and new GM Dave Stewart would surely have wanted to interview him.

La Russa and Stewart probably wanted a less established, more impressionable first-year skipper that would work with the new front office. And if Maddon is hoping for eventual executive power, he wouldn’t have gotten it in Arizona. The D-Backs also have some work to do in fixing their roster, which probably isn’t the sort of ready-for-prime-time situation Maddon is hoping to take over.