The San Diego Padres have been so active in the trade market during the past couple of weeks that it’s difficult to imagine general manager A.J. Preller not doing anything this week. The Padres began as a curious outside possibility for free agents like Pablo Sandoval and Yasmany Tomas, only to become a dominant force for any player attainable during early December’s winter meetings.

If there’s been a rumor, the Padres and their new GM who reportedly gets by on four hours of sleep a night are involved. Or they emerge as a surprising winner, as happened with last week’s Justin Upton trade.

Suddenly, the team typically combing the bargain bin for free agents, the club that’s been something of a last resort for trades, became the major winter power broker. This is a new unfamiliar world for those working in and following the baseball industry. With approximately six weeks before teams begin reporting for spring training, the offseason championship belt is being engraved and polished for Preller. 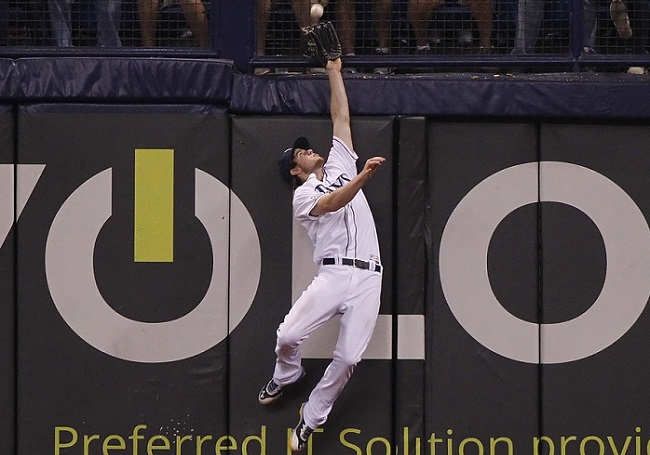 So can it be any sort of surprise that the Padres may also be involved in arguably the No. 1 trade chip available this winter, Phillies pitcher Cole Hamels? According to the Philadelphia Daily News‘ Ryan Lawrence, San Diego has indeed talked to the Phillies about a deal for Hamels. And the big piece that could be moving to Philadelphia in return is a player the Padres just acquired, outfielder Wil Myers.

Myers being involved in a possible trade for Hamels raises an eyebrow. For one thing, the Padres just landed him in a trade. Of course, that didn’t stop Preller from spinning off catcher Ryan Hanigan in a different deal after trading for him. Until any of the new talent San Diego acquired shows up to Peoria, Ariz. in February wearing a Padres uniform, nothing can be certain. Maybe it won’t be until opening day when we know what the 2015 Padres will look like.

Perhaps flipping Myers so quickly shouldn’t be a surprise because the Padres roster currently runneth over with outfielders after this recent flurry of trades. With Myers, Upton and Matt Kemp now in the fold, San Diego has seven outfielders on its major league roster. That total doesn’t even include Rymer Liriano and Abraham Almonte, who are on the 40-man roster, and Hunter Renfroe, one of the organization’s top minor league prospects who finished last season in Class AA.

Padres manager Bud Black says the team is looking at Myers playing center field, which is likely more out of necessity than ability to play the position. Knee and hamstring injuries, in addition to questions about his hips, have rendered Kemp unable to provide reliable defense in center. Upton played center field early in his minor league career, but not since 2007. That leaves Myers, who has 100 minor league appearances in center, but hasn’t played there since 2012. 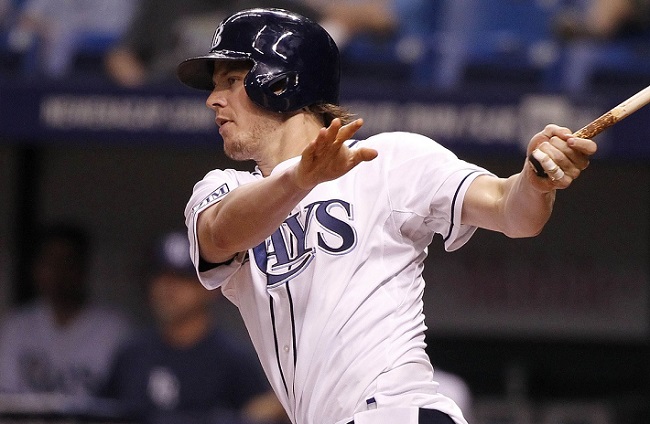 Myers may indeed be able to provide average defense in center field. And the Padres are likely hoping that the offense he, Kemp and Upton provide compensate for any defensive shortcomings. But with Kemp now limited in the field and advanced metrics not viewing Upton’s defense favorably, a strong defender with good range in center field would appear to be extremely important in an outfield as vast as Petco Park’s. That seems to make Cameron Maybin or Will Venable an important part of the outfield mix, though their offensive output is lacking.

But San Diego Union Tribune beat writer Dennis Lin poured water on these trade rumors hours after Lawrence’s report, pointing out that the Padres gave up two top prospects in pitcher Joe Ross and shortstop Trea Turner. Giving up key pieces of the future would seem to indicate that Myers is viewed as a crucial part of the Padres present and future.

Just 24 years old, Myers is under club control for five more seasons with all three of his arbitration-eligible years still to come. That will make him a relatively inexpensive player, especially compared to Kemp, who is under contract for another five seasons at a salary of $75 million. (The Dodgers are covering $32 million of the remaining $107 million in Kemp’s deal.)

However, Myers’ age and years of team control are exactly what would make him so appealing to the Phillies as well. GM Ruben Amaro has finally realized aging players and overpriced contracts have to be chipped away for his team to rebuild itself into a contender again. A budding superstar with a powerful right-handed bat would be a key building block for a renovated Phillies roster.

Do the Padres have additional prospects left to include in a Hamels trade after dealing off 12 prospects in the past 10 days? Myers alone surely wouldn’t be enough. Amazingly, Preller was able to acquire three major run producers without having to surrender Renfroe, pitcher Matt Wisler or catcher Austin Hedges, viewed as the top prospects in the Padres system.

One of those names could very well have to be part of a package for Hamels, who’s signed for four more years at a cost of at least $96 million. (His contract includes a $20 million club option for 2019, versus a $6 million buyout.) But Preller still has several players among his top 20 remaining prospects that could interest the Phillies, if Hedges, Wisler and Renfroe are considered untouchable. You have to think Amaro will hold out for at least one of those guys, however. He doesn’t necessarily have to deal Hamels, though keeping him doesn’t really help the Phillies long-term.

The payoff for the Padres is obvious. Though the starting rotation has promising arms like Andrew Cashner, Tyson Ross and Ian Kennedy at the top, injuries and inconsistency prevent them from being considered No. 1 starters. Hamels, soon to be 31 years old, would unquestionably become the ace of the San Diego rotation, giving the team as much firepower on the pitching side as it now has in its everyday lineup.

If questions remain as to whether or not the Padres can compete with the Dodgers and Giants in the NL West or for one of the league’s two wild-card spots — something we’ll soon be examining more closely here at The Outside Corner — a bona fide No. 1 starter would go a long way toward addressing such concerns. Getting Hamels would also accomplish a dual objective, keeping him away from a division rival like the Dodgers or a postseason competitor such as the Cardinals.

A trade between the Padres and Phillies involving Hamels makes a whole lot of sense — so much sense that it almost seems inexplicable for it not to happen. Preller certainly can’t be ruled out for pulling off yet another blockbuster deal. Two weeks ago, would you have guessed he would make deals for Kemp, Upton and Myers? (And I’ve neglected to mention catcher Derek Norris, another impact bat, throughout this post.)

While the rest of us are sleeping (and Amaro seems like he’s been snoozing in his office for the past three years), Preller continues to make stuff happen. And Hamels could be the biggest gift underneath the Padres’ Christmas tree. At this point, it would be more surprising if the San Diego native wasn’t pitching for his hometown Padres next season.