Has this become the curse of Nolan Ryan?

After the Rangers’ former president left Arlington last October and eventually took a front-office job with the Astros, did the baseball gods cast some sort of hex over Globe Life Park? (Or maybe that corporate ballpark name has something to do with it.)

Could there be any rational reason to explain the plague of injuries that have beset a team that had playoff — and likely — championship aspirations after adding two impact bats to its lineup over the winter? The latest blow could be a knockout. Prince Fielder, one of those big offseason acquisitions, will miss the rest of the 2014 season to have surgery on a herniated disk in his neck.

The 30-year-old first baseman had been out of the Rangers lineup for the past week, taking anti-inflammatory medications to try and alleviate his neck pain. An MRI exam taken on Thursday revealed the herniated disk and the decision was made to undergo surgery. The procedure to fuse the C-5 and C-6 vertebrae in Fielder’s neck is tentatively scheduled for Tuesday, according to the Dallas Morning News‘ Evan Grant.

Fielder, acquired from the Tigers in exchange for Ian Kinsler, had gotten off to a disappointing start with the Rangers. He batted .247 with a .720 OPS, three home runs and 18 RBI in 128 plate appearances. Fielder was hitting better recently, which makes his season-ending injury even more disheartening. In May, he hit .333 with an .879 OPS.

The hope was that Fielder would rebound from a subpar 2013 season in Detroit and bring a major left-handed power bat to the middle of the Texas batting order. General manager Jon Daniels appeared to make a savvy deal, buying low on a potential 40-homer bat. Instead, Tigers GM Dave Dombrowski looks like he ditched an underperforming, overpaid asset before he became damaged goods. And Fielder is still under contract for six more years at nearly $140 million.

Texas already had an uphill climb, falling behind the A’s by seven games in the AL West. As of May 23, the Rangers were in fourth place with a 23-24 record. Their 190 runs scored ranked 11th among the 15 AL teams, contributing toward a -29 run differential, second-worst in the league. Fielder’s injury surely kills any chance Texas has of getting back into playoff contention. 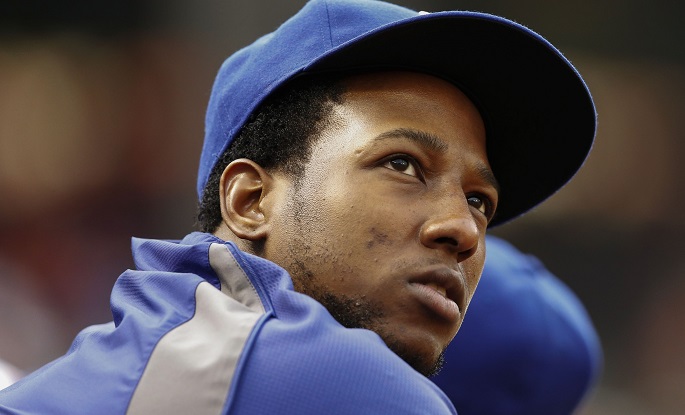 Fielder actually wasn’t the only significant injury announced by the Rangers on Thursday. Infielder Jurickson Profar, generally considered the top prospect in baseball last year and expected to be the team’s starting second baseman, aggravated a shoulder injury that had kept him sidelined since spring training. The 21-year-old believes he tore a muscle in his right shoulder again while rolling over in bed. That makes about as much sense as everything else the Rangers have been through this season, so why not? Profar will likely miss the rest of the season.

Additionally, outfielder Daniel Robertson suffered multiple facial fractures while colliding with Alex Rios during Thursday’s game against the Tigers. Initially, it looked like Robertson may have lost a tooth while running into Rios’ knee, but it turned out to have been a wad of chewing gum. Amazingly, he didn’t suffer a concussion and apparently won’t require a stint on the disabled list.

The Rangers already went into the season short-handed with Derek Holland suffering a knee injury over the winter and Matt Harrison hurting his back again during spring training. Though Holland could return by July, Harrison could miss the rest of the season and faces the end of his career if spinal fusion surgery is deemed necessary. Martin Perez tore a ligament in his left elbow and had Tommy John surgery earlier this week. 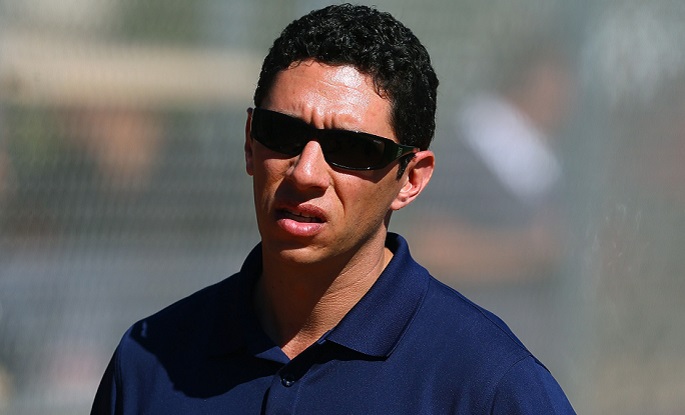 With so many injuries and their playoff chances looking extremely dim, should the Rangers write off this season and look ahead toward next year? Texas could sign free agent Kendrys Morales after the MLB Draft to be its designated hitter, and he would probably be a low-cost, short-term acquisition at this point of the season. But how much of a positive impact could Morales really make? He might serve the team better as a potential trade chip by the end of July or August.

Other assets Daniels could deal off include relievers Joakim Soria, Neal Cotts and Jason Frasor. Rios could also help any contender looking for an outfield bat that provides speed and defense. Mitch Moreland could fill a first base need for several teams.

ESPN’s Keith Law even made the bold proposal of trading third baseman Adrian Beltre, who’s signed through 2015. Though that seems highly unlikely and a tough sell to fans, players and ownership, trading an established star under nearly two years of club control might allow Texas to add some much needed pitching prospects, perhaps even one that could help the major league club relatively soon. (I wonder if shortstop Elvis Andrus is the more viable trade chip, but that could depend on Profar recovering from injury.)

In hindsight, championship expectations were probably too lofty for a Rangers club that made no significant additions to its starting rotation. But a division title or wild-card bid seemed entirely reasonable with the amount of talent on the roster. What doesn’t seem reasonable is the amount of significant, season-ending injuries that the team has sustained.

Has anyone checked Nolan Ryan’s desk drawers for a Rangers-themed voodoo doll?