#RedSox have agreement in principle for #DBacks’ Miley, sources tell me and @jonmorosi. AZ will get Webster, De La Rosa and a minor leaguer.

Wade Miley isn’t an ace-caliber starter like Lester, but for a Red Sox rotation in need of proven talent, he provides a No. 3 or No. 4 type of arm. At first glance, Miley, 28, struggled last season, compiled an 8-12 record and 4.34 ERA. His hits and walks allowed per nine innings were higher than in his previous two years.

But the left-hander’s velocity increased slightly and heavier use of a slider helped his strikeout rate go up to 8.2, an increase of nearly three batters per nine frames. Miley has made 33 starts and thrown 200 innings in each of the past two seasons, so he’s proven himself to be durable. Additionally, he’s under club control for three more seasons. Those are qualities any MLB club seeks in a starting pitcher.

So then why did the D-Backs trade Miley? As USA Today‘s Bob Nightengale reported earlier Wednesday, Arizona is trying to reduce its payroll to $90 million. Obviously, trading Miguel Montero to the Cubs on Tuesday helped with that. But Miley is eligible for arbitration next season, and MLB Trade Rumors projects him to get a raise from $523,500 to $4.3 million.

That salary works just fine for the Red Sox, as does the three years of team control. But getting a less expensive starter three years from free agency cost Boston some young pitching. 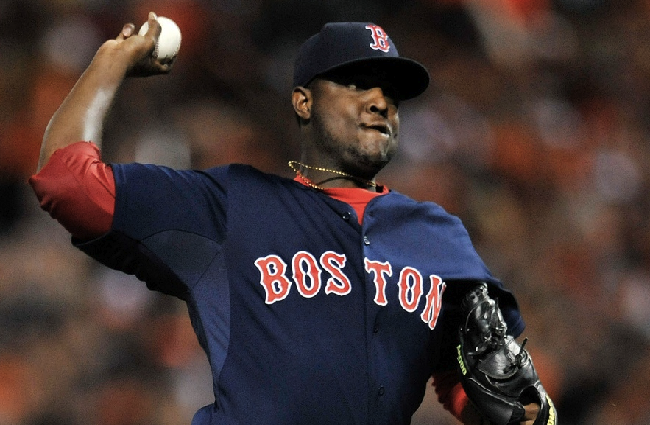 Both pitchers were acquired from the Dodgers in the 2012 blockbuster deal that sent Adrian Gonzalez, Josh Beckett and Carl Crawford to Los Angeles. A third minor leaguer will be going to Arizona in the deal, but he hasn’t been named yet.

Also indicative of social media’s role in reporting trade news quickly these days, the D-Backs are not yet saying this deal is official, while the Red Sox consider it done. Perhaps the two sides are still working out which minor leaguer will be the third player involved in the trade. Stay tuned.

So the #RedSox privately are saying the Miley deal is done. The #Dbacks publicly are saying it’s not done. Welcome to the winter meetings.