Down in Florida and Arizona, the sweet smell of baseball is in the air as pitchers and catchers are reporting to Spring Training sites. The casinos in Nevada have taken notice too – they're starting to release projected win totals for over/under bets heading into the season. The first list has arrived courtesy of Atlantis Casino in Reno, and like the casinos do, they put together a very solid list of totals laden with difficult choices.

In last year's column, I identified eight bets that I thought were solid choices and ended up going 5-2-1, losing on the Rockies and Nationals while pushing on the Mets. This year, I'm going with eight more, though I'm not incredibly confident in all of these. 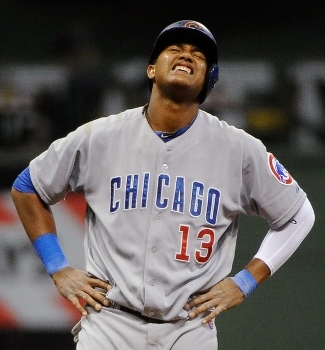 Chicago Cubs: UNDER 65.5 wins. Do I really think that the Cubs will lose at least 97 games? Well, consider this – last year, the Cubs went 66-96. Over the last two months of the season, after they had traded both Alfonso Soriano and Matt Garza in July, the team had a pathetic 17-38 record. Are they going to play at a .309 clip for all of 2014? Of course not. But Chicago's biggest acquisitions this winter were fourth outfielder Justin Ruggiano, fourth starter Jason Hammel, and closer Jose Veras – not exactly a murderer's row of talent. The Cubs' best prospects probably won't make much of an impact in 2014, and they could end up dealing Jeff Samardzija before the year is out. This is a team that could be a disaster zone before the clouds begin to part in 2015.

Chicago White Sox: UNDER 76.5 wins. I love what the White Sox did this winter. They got a lot younger, and that's what this organization needs to build for the future. But let's be honest – they're probably going to end up losing more than 85 games once again. What's the upper limit for the White Sox in 2014? If Jose Abreu hits like he's the second coming, Chris Sale stays healthy and continues to dominate, and Adam Dunn isn't completely unplayable…are the White Sox even the third-best team in the AL Central?

Houston Astros: OVER 57.5 wins. This is my surprise pick for 2014. The Astros have been terrible over the last three years, and wouldn't have cleared that over in any of those three. But in 2014, things are a little…different. Houston's added a couple of veterans that should make them a little better, like Dexter Fowler, Scott Feldman, Jerome Williams, Jesse Crain, Chad Qualls, and Matt Albers. Throw those guys onto a team with players who took their lumps in the majors last year and improved, like Jason Castro, Chris Carter, Jonathan Villar, and Matt Dominguez, and you might have something interesting going on there. And that doesn't even take into account the other young talent rising through the system that could debut in the majors this year, like George Springer, Jonathan Singleton, Domingo Santana, Asher Wojciechowski, and Mike Foltynewicz, and I think Houston will clear that 57.5 win mark – while still being one of baseball's worst teams.

Los Angeles Dodgers: OVER 92.5 wins. The Dodgers won 92 last year, and were awful in the first half. Presumably, Zack Greinke and Hanley Ramirez won't miss extensive periods of time with freakish injuries. Los Angeles will also have a full season of Yasiel Puig, and won't have to put up with terrible starts from Josh Beckett, Edinson Volquez, and Ted Lilly after signing Dan Haren and Paul Maholm to fill out their rotation. 92 wins seems like a floor for Los Angeles.

New York Yankees: OVER 83.5 wins. Yes, the Yankees are still a deeply flawed team, even after spending nearly half a billion dollars this winter. But New York isn't going to go quietly into the night in Derek Jeter's last season, and the debut year in the Big Apple for Masahiro Tanaka, Brian McCann, and Jacoby Ellsbury. The last time the Yankees won fewer than 83 games in a non-strike shortened season was 1992 – the same year they drafted that Jeter fellow. The Yankees may not be a playoff team in 2014, but I don't think they're a sub-.500 team either, even with the issues they have in their rotation and infield.

Philadelphia Phillies: UNDER 78 wins. This is an old team that won 73 games last year, and somehow added players to get even older this offseason. For the Phillies to be contenders in 2014, a lot needs to go right. For the Phillies need to be a complete disaster, far less needs to go wrong. The A.J. Burnett signing helps their rotation, but losing Cole Hamels would damage it far, far more than Burnett can help – and that domino may already be teetering with the announcement about Hamels' shoulder tendonitis that will keep him out of action on Opening Day.

St. Louis Cardinals: OVER 90.5 wins. These guys won the NL pennant with 97 wins last season, and they arguably got better this winter. The Cardinals traded David Freese for Peter Bourjos, starting a parade of moves that installed Matt Adams and Kolten Wong on the right side of the infield while moving Allen Craig to right field and Matt Carpenter to third base. The Cardinals also brought back every member of their 2013 pitching staff aside from Jake Westbrook, who is still unemployed, and Edward Mujica, who manager Mike Matheny had no confidence in during the playoffs. St. Louis is perhaps the best team in baseball, and their incredible depth ensures that if someone goes down, they'll be able to capably fill the hole.

Seattle Mariners: UNDER 81.5 wins. The hype train is in full-effect in Seattle, I see. Is this high total solely influenced by adding Robinson Cano to the mix? Because adding Cano, Corey Hart, Fernando Rodney, and Logan Morrison isn't a ten win shift for this Mariners team, especially when you consider their rotation is already being beset by injuries – Taijuan Walker is dealing with shoulder tendonitis, and Hisashi Iwakuma may not be ready for Opening Day after injuring a tendon on his middle finger.When you consider how much of a meat grinder the AL West is (excluding the Astros, whose time is coming), Seattle is pretty clearly still the fourth-best team in the division, and I think a .500 record would be awfully optimistic for them.