Ever since the Red Sox signed Hanley Ramirez and announced he would play left field, Yoenis Cespedes became the odd man out of the Boston outfield. Actually, he was probably on the outside looking in before Ramirez was signed, as the Red Sox roster was loaded with outfielders and Cespedes was one season away from free agency.

Popular trade speculation circled around teams with starting pitchers with one year remaining before free agency, making for a seemingly perfect one-for-one deal that would thin out a surplus for the Red Sox while filling a significant need elsewhere on the roster. The Reds, Mariners and Tigers were among the clubs reporters and insiders tried to connect the dots with. On Thursday, one of those proposed trades actually became reality.

Boston sent Cespedes to Detroit in exchange for Rick Porcello, but it wasn’t strictly a one-for-one deal. With Porcello turning 26 at the end of this month and Cespedes not quite putting up the superstar numbers expected of him in the first three seasons of his MLB career, general manager Ben Cherington had to include a bit more to make this deal happen. 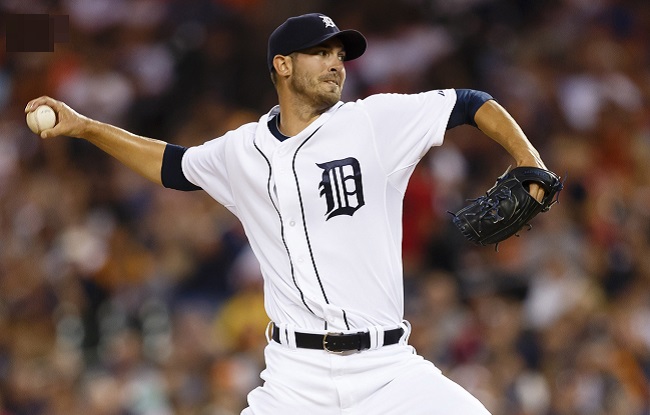 But the Red Sox needed starting pitching and Porcello is coming off the best season of his six-year MLB career. The right-hander surpassed 200 innings for the first time, posting a 3.43 ERA in 32 appearances (31 starts). Porcello struck out 5.7 batters per nine innings, something that’s been a concern for him throughout his career. But the Tigers bear some blame for that, trying to convert him into a sinkerball pitcher after making him their first-round pick in 2007.

Porcello has also had an on-off relationship with his slider and curveball, pitches that he likely would have developed further in the minors had Detroit not rushed him to the majors as a 20-year-old in 2007 after one season at Advanced Class A Lakeland. Last season was the first in which he mixed that slider and curve consistently with his two-seam and four-seam baseball, along with a changeup. It’s probably not a coincidence that Porcello had his best season while featuring four pitches in his arsenal.

The Red Sox also likely had to compensate for the fact that the Tigers won’t get a first-round draft pick if Cespedes signs elsewhere as a free agent. His contract includes a clause that stipulates his current team can’t extend a qualifying offer to him after the season.

As a result, reliever Alex Wilson and minor league starter Gabe Speier are also joining the Tigers as part of this trade. Wilson, 28, compiled a 1.91 ERA and 19 strikeouts in 28.1 innings for Boston, mostly as a late-season call-up. With Triple-A Pawtucket, the right-hander went 6-1 with a 4.35 ERA in 35 appearances (18 starts), striking out 8.7 batters per nine innings. Speier, 19, pitched in the Gulf Coast rookie league last season, posting a 1.55 ERA in nine appearances (seven starts). He struck out 26 batters in 29 innings. 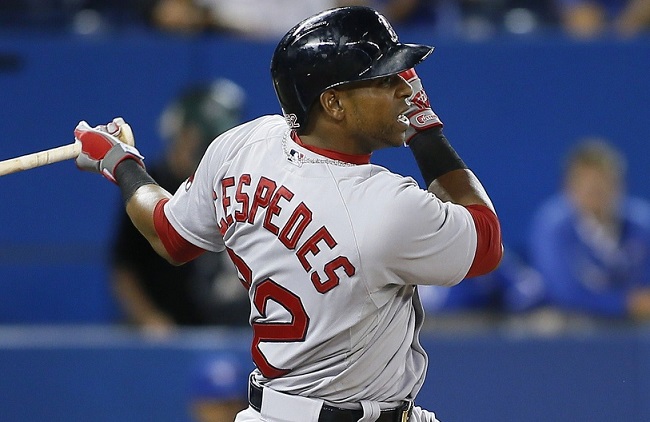 Though Wilson may contribute to the Tigers’ beleaguered bullpen, this trade was more about adding a much-needed right-handed power bat to their outfield. Detroit had an opening in a corner outfield spot after showing Torii Hunter the door to free agency and had a preference for someone who could provide some pop to the lineup.

Cespedes has a reputation as a slugger, having won the All-Star Home Run Derby in 2013 and 2014, but hasn’t yet hit 30 home runs in a season. This past year, he hit a combined 22 between Oakland and Boston, slugging .450 with an Isolated Power mark of .190. Playing a full season at Comerica Park might help his offense. Fenway Park is much more hitter-friendly, according to ESPN.com’s Park Factors, but Detroit’s home park was actually more conducive to home runs. Oakland’s O.co Coliseum was also not friendly to sluggers.

Nearly just as important to the Tigers, however, is Cespedes’ outfield defense. Comerica Park might have an overblown reputation when it comes to the size of its left field, reinforcing the idea that the Tigers almost need a second center fielder over there. But if Cespedes can cover more ground out there — especially in the gaps — that will allow center fielders Anthony Gose and Rajai Davis to shade toward right and help out J.D. Martinez, who’s played more left field in his career.

Cespedes provides a significant upgrade for Detroit in left field, saving 10 runs more than the average player at that position, according to FanGraphs’ Ultimate Zone Rating. Additionally, he was credited with 12 Defensive Runs Saved. That was the third-best total among MLB left fielders with enough innings in the field to qualify for consideration.

If there was concern that Detroit weakened its starting rotation by trading Porcello, GM Dave Dombrowski quickly found a replacement by working out a deal with the Reds for Alfredo Simon. The 33-year-old was a pleasant surprise, making 33 starts after pitching exclusively in relief during his previous two seasons in Cincinnati. Simon compiled a 15-10 record with a 3.44 ERA, striking out 127 batters in 196.1 innings. 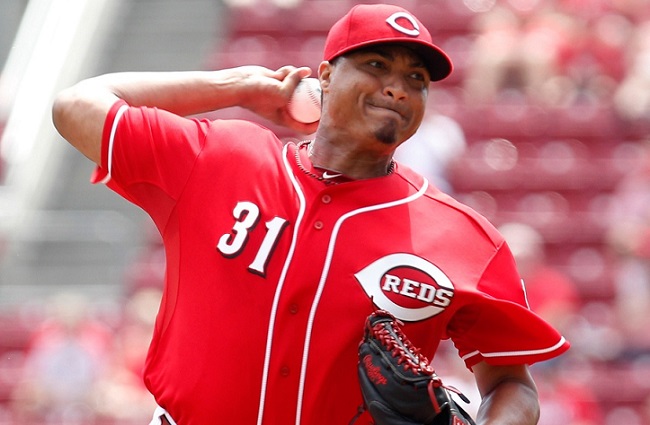 However, Simon’s 2014 season was a tale of two halves. In the first half of the season, he went 12-3 with a 2.70 ERA. But the right-hander hit a major skid after the All-Star break, posting a 3-7 record and 4.52 ERA with 87 hits allowed in 79.2 innings. Though Simon provides more value as a starting pitcher, his second-half performance almost makes you wonder if the Tigers are better off putting him in their bullpen. Yet Dombrowski insists he’ll be in the rotation, filling the No. 4 slot on the starting staff.

Here’s the part that is going to make this trade unpopular with knowledgeable Tigers fans. Dombrowski gave up a potential starting shortstop and former No. 1 draft pick to get Simon. Going to Cincinnati in exchange are infielder Eugenio Suarez and Single-A pitcher Jonathon Crawford.

Suarez was probably pushed to the majors at least a year early, but with the season-ending injury to Jose Iglesias last spring, the Tigers needed a shortstop. The 23-year-old impressed the Tigers with his defense in spring training and provided the promise of some offense, batting .288 with an .870 OPS in the minors before being called up. But after a good start in June, Suarez soon looked overmatched against major league pitching. He also struggled in the field, leaving manager Brad Ausmus to opt for Andrew Romine at shortstop through the end of the season.

Crawford was Detroit’s first-round selection in 2013 (No. 20 overall). But he obviously wasn’t developing as the Tigers had hoped, issuing 50 walks in 123 innings at Class A West Michigan while striking out just over six batters per nine frames. The 23-year-old wasn’t even listed among the Tigers’ top 10 prospects for 2015 by Baseball America, a clear indication of how far his stock had dropped in the organization.

Still, those two players look like a high price to pay for a pitcher who can be a free agent after the 2015 season. Simon will cost the Tigers less in payroll next season, projected for a $5.1 million salary through arbitration by MLB Trade Rumors compared to the $12.2 million ticketed for Porcello. But that could be small consolation.

Then there’s the perception that Simon may not actually be that good, especially compared to other Reds starting pitchers (Mike Leake?) that were presumably available.

Simon’s strikeout rate has dropped from 7.7 batters per nine innings to 5.8 last season. Perhaps that was a result of having to pace himself through a game as a starting pitcher. He also relied more on a splitter than his cutter last season, which perhaps eventually became a pitch that opposing batters realized they could avoid. It will be intriguing to see what Simon features after working with a new pitching coach in Detroit’s Jeff Jones.

So are the Tigers a better team after these two trades. I would argue yes, though Simon looks to be a potential downgrade from Porcello. However, what Detroit gains in offense and defense with Cespedes could offset that diminished production from the starting rotation. But Dombrowski continues to sell off pieces of the future in an effort to win now. That’s obviously the expectation in Detroit. Worry about that future stuff later.