On Monday, one day after Mother’s Day, Jon Paul Morosi wrote a eulogy for the 2014 Tampa Bay Rays, wondering if it was time for them to blow up their roster and aim for the future. Amazingly, it was not the earliest 2014 eulogy written for a 2013 playoff team; SB Nation’s Steven Goldman beat him to the punch by ten days in writing off both Pirates and the Indians after ugly months of April left them lagging way behind their division rivals.

We’re only in the third year of the two wild card era and so I think it’s hard to really get a feel for when we can start writing teams off for good, but I suspect that over time, that playoff spot is going to cause us to recalibrate our sense of when a baseball season can be officially left for dead. Last year’s Nationals, for example, were six games under .500 in early August and still made a late playoff run, finishing four games behind the Reds for the second National League wild card. Under the previous format, the Nats would’ve been done long before the end of the season. They ended up eight games behind the Pirates in the wild card and never got closer than eight games to the Braves in the NL East, but the second wild card made them contenders until the very end. The trade deadline was very quiet last year, in part because so many teams remained on the fringes of contention. 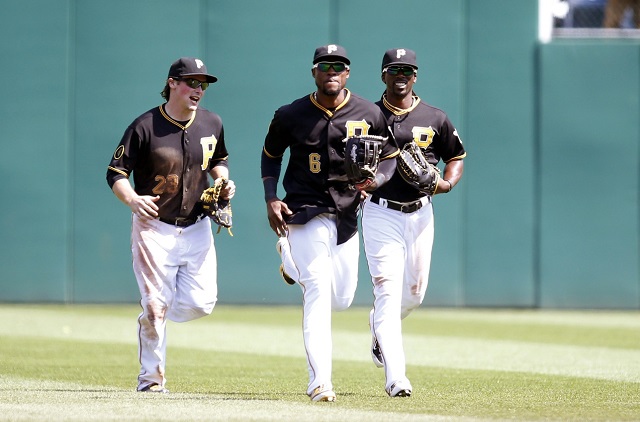 On that front, the Pirates, Indians, and Rays should certainly not be written off yet. The AL East has been a mess in the early season and the Rays are only 5 1/2 games out of first place. The Indians have played well enough to cut their AL Central deficit to six. The Pirates have a 7 1/2 game deficit, but they’re chasing a Brewer team that seems likely to come back to earth some. None of the three teams are more than four games out of the wild card (the Indians are 1 1/2 back, the Pirates are 3 1/2 back, and the Rays are four out). They’re all fundamentally similar to the playoff teams from last year. Of course they’re not truly out of it yet.

Morosi’s larger point, though, is that the Rays are off to an ugly start, that their minor league system has thinned out in recent years, and that it might not be a terrible idea for them to think about trading some big-name players like David Price. The logic follows that making the trades now (or, at least sooner rather than later) will help them replenish the minor league system in the way that the James Shields trade did, and that that might not be a terrible idea since the first quarter of the season hasn’t panned out the way they want it to.

I’ll leave it up to people that follow the Rays closer than I do to judge the reality of those statements for the Rays in 2014, but general idea that not all years are created equal for small market teams is an interesting one. Essentially, small market teams are constructed around what the fans like to call “windows.” Essentially, the windows are collections of good, young players that the team can build contenders around before they go off to free agency and greener pastures. The Pirates have an Andrew McCutchen/Gerrit Cole/Starling Marte window that’s open and bolstered by solid role players like Neil Walker and Pedro Alvarez and a strong farm system to reinforce everything in the next couple of years. The Indians have a really strong core of 27-28 year old players (Yan Gomes, Jason Kipnis, Asdrubal Cabrera, Carlos Santana, Michael Brantley, plus similarly aged pitchers like Justin Masterson and Corey Kluber, to go along with a few younger players like Lonnie Chisenhall and Danny Salazar). The Rays have a David Price/Desmond Jennings/Evan Longoria window that’s in the process of transitioning into a Wil Myers/Matt Moore/Chris Archer window. 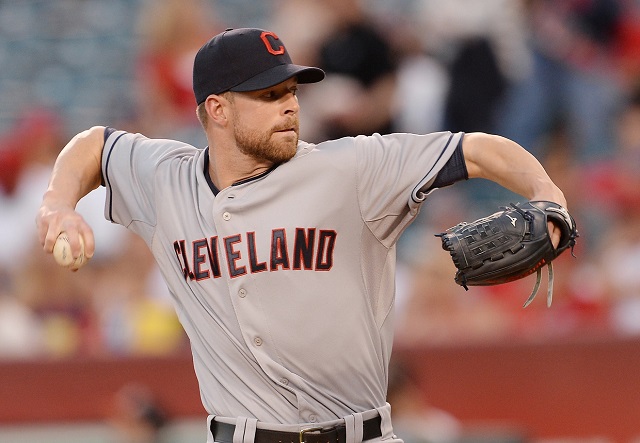 Where it gets interesting is when you start parsing “contention windows” down into individual years and trying to determine which years are better to contend in than other years. The Pirates are a good example of this: you could make a strong argument in 2014 that the Pirates of 2015/2016 are better positioned to contend than the 2014 Pirates. Gregory Polanco will be established, Starling Marte and Gerrit Cole will be a year or two closer to their theoretical primes, and Jameson Taillon should be in the rotation by mid-season next year (though his Tommy John surgery is a complicating factor here). Predicting the future is hard, though, and this is a bit of a self-fulfilling prophecy. If you argue that the Pirates didn’t sign AJ Burnett this winter because they thought their chances to contend down the road were better than in 2014, you can’t help but notice that part of the reason that the Pirates are buried in the division at the moment is a distinct lack of rotation depth that could’ve been addressed by re-signing AJ Burnett. If the Pirates learned anything from 2014, maybe it should be that a team should be ready to contend on a moment’s notice, whether it was supposed to be in the plans or not.

This raises an even deeper question: what’s the best way to win a World Series inside of a five year window? Is it by trying to contend every year within that window and hoping that everything breaks right in one season, or is it by doubling down on the years that seem, on paper, like the optimal years to contend? Every team approaches this a little bit differently. The Rays rarely dismantle the ship in a down year or overload for a single year, and they’ve made the playoffs four times in six years. The Brewers, who I talked about a couple of weeks ago, tend to overload in some years and then spend down years rebuilding.

The second wild card makes that question really hard to answer, though, because it makes it much harder to adjust to circumstances on the fly. In the past, a large group of teams would be out of contention by mid-July and ready to sell off their David Prices or Russell Martins or Francisco Lirianos to try and bolster themselves for a future playoff run. That’s not likely to be the case any more. I mentioned last year’s trade deadline once already, and the Mets with Marlon Byrd are a good example of this. They chose to wait until August to trade Marlon Byrd last year, even though they were nine games under .500 at the July 31 trade deadline. That sort of indecision would’ve been comical in the past, but it didn’t feel entirely out of line last year.

As always with small market teams, the answer is that there’s no easy answer. The Rays, Pirates, and even the Indians all got off to relatively disappointing starts, but it’s unlikely that any of them will be truly eliminated from contention for a long while. Is it better to hang on to a slim hope of a second wild card in 2014 than it is to cut bait and play for the future? When is the break-even point on that gambit? I think that teams are still figuring this out since the two wild card era is so new, but it’ll be something interesting to watch for with these three clubs in particular this year if they don’t find a way to get themselves back into real contention by July.

In 2005, I started a WHYGAVS instead of working on organic chemistry homework. Many years later, I've written about baseball and the Pirates for a number of sites all across the internet, but WHYGAVS is still my home. I still haven't finished that O-Chem homework, though.