The San Diego Padres have been the most surprising team of the offseason, making three blockbuster trades to become a contender. But the Miami Marlins are also making several intriguing moves, following through on their promise to field a contending team after signing Giancarlo Stanton to a gigantic 13-year, $225 million contract.

As first reported by YES Network’s Jack Curry, the Marlins acquired infielder Martin Prado from the Yankees on Friday, along with pitcher David Phelps. Going to the Bronx are starter Nathan Eovaldi, first baseman/outfielder Garrett Jones and Single-A pitcher Domingo German. The Yankees are also including cash in the deal that covers the extra money Prado would have cost Miami.

Prado is set to make $22 million over the final two years of his contract, a four-year extension that he signed with the Diamondbacks in Jan. 2013 to avoid his final year of arbitration. So the Marlins will save some money there, along with the $5 million Jones is owed next season. In addition, the projected $3 million Eovaldi is likely to make in his first year of arbitration eligibility is unloaded off the Miami payroll.

Trading Prado is a somewhat surprising move for the Yankees, who looked to have their infield set after re-signing Chase Headley to a four-year, $52 million deal and trading for shortstop Didi Gregorius. With Headley at third base, Prado was penciled in for a shift to second base. Joining the Yankees following a trade with the D-Backs, the 31-year-old hit .316 with an .877 OPS, seven home runs and 37 RBI in 137 plate appearances. Overall, he batted .282 with a .733 OPS, 12 homers and 58 RBI.

But the Yankees did need some starting pitching with Ivan Nova recovering from Tommy John surgery, Masahiro Tanaka working his way back from a partially torn elbow ligament, Michael Pineda’s durability still in question and CC Sabathia appearing in only eight games last season before undergoing knee surgery. Prior to that, his performance was in notable decline. 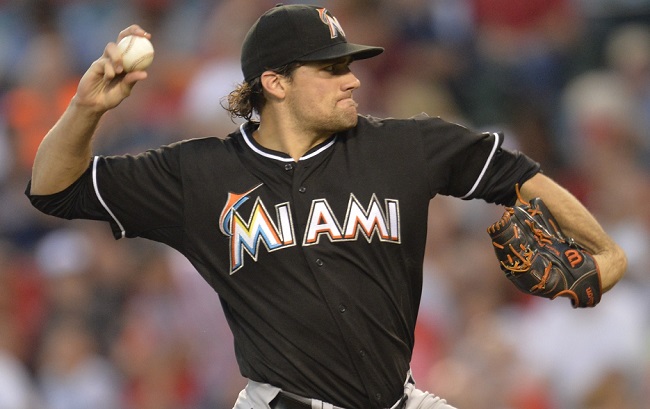 Eovaldi didn’t have a terribly impressive 2014 season for the Marlins, posting a 6-14 record and 4.37 ERA. He did make 33 starts for Miami and threw 199.2 innings, providing valuable innings for the back end of a rotation. Eovaldi allowed 223 hits, which averages out to more than 10 hits per nine innings, but compiled a walk rate of 1.9. (His .337 FIP and .323 BABIP indicate that he actually pitched better than traditional stats demonstrate.)

What’s curious about Eovaldi is that he doesn’t get more strikeouts, despite an average velocity of 95.7 mph on his fastball and a slider clocked at 86.3 mph. He also throws a curveball and changeup that perhaps need to be featured more to keep hitters off balance. Or his fastball doesn’t have enough movement to miss bats. And as that walk rate demonstrates, maybe Eovaldi works a bit too much in the strike zone.

However, Eovaldi is a groundball pitcher, which should help him at Yankee Stadium — especially with Headley and Gregorius now on the right side of the infield. Giving up 14 home runs last season has to be a bit of a concern, but the Yanks may be hoping that Eovaldi gets better run support than he did in Miami. Perhaps the ol’ change of scenery and working with pitching coach Larry Rothschild could yield some improvements as well. 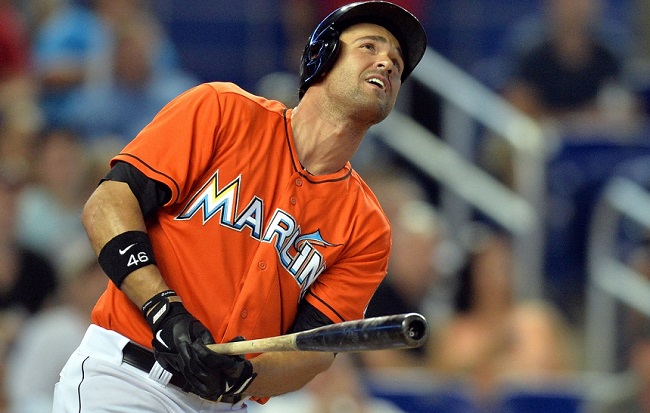 Did the Marlins insist on Jones being included in any deal for Eovaldi? He lost his spot in the lineup after the Marlins signed Michael Morse this week. He might be an expensive bench player for the Yankees too, but could very well beat out Alex Rodriguez for the designated hitter job, while also filling in at first base or right field when needed. With regular playing time and that short right-field porch at Yankee Stadium, Jones could hit 20 home runs, slugging 15 in each of the past two seasons.

German was ranked as the Marlins’ No. 6 prospect by Baseball America going into next season. He pitched well with low Class-A Greensboro, compiling a 2.48 ERA and 113 strikeouts in 123.1 innings. At that level, he’s probably at least a couple of years away from the majors with proper development. But the Yankees are in need of pitching prospects.

Who plays second base could be a bigger question mark for the Yankees through spring training.

Rob Refsnyder looks like the in-house favorite for the job. Last season, the 23-year-old hit .318 with an .884 OPS, 38 doubles, 14 homers and 63 RBI between Double-A and Triple-A. He also has some speed and should be able to steal some bases, something the Yankees lineup lacks. Jose Pirela, along with the recently signed Cole Figueroa and Nick Noonan could also be in the mix. Maybe the Yanks try someone like Asdrubal Cabrera or Gordon Beckham too.

For the Marlins, Prado solves their problem at third base, providing the proverbial “professional hitter” that the lineup needed. He also has some more pop in his bat than Casey McGehee showed last season. McGehee now likely becomes a reserve at third and first base, or even a trade piece to get a left-handed bench bat. [UPDATE: McGehee has been traded to the Giants, according to USA Today‘s Bob Nightengale.] Phelps started 17 games for the Yankees in 2014 and probably competes for a spot in the Miami rotation, especially if Dan Haren decides to retire.