No, it wasn’t a dream (or nightmare depending on your perspective). The Kansas City Royals are the defending AL pennant winners. Was their 2014 run a Cinderella story or is this team finally ready to be a power in the AL Central?

The Kansas City Royals really capitalized on all the hype and goodwill they built in their run to the World Series and translated that into signing big names.

Oh, nope, sorry. Totally wrong. The additional playoff money and notoriety led to same ol’ Royals. They went after mid-level veterans on short-term deals. Their two buy low bets were Alex Rios and Kendrys Morales who they hope bounceback and give the offense a small boost. They probably bought a little high on Edinson Volquez after he wildly overachieved in Pittsburgh last season, but they needed someone to soak up innings in the wake of James Shields’ departure. They at least hedged their bets there though by adding veteran reclamation projects Chris Young and Kris Medlen. 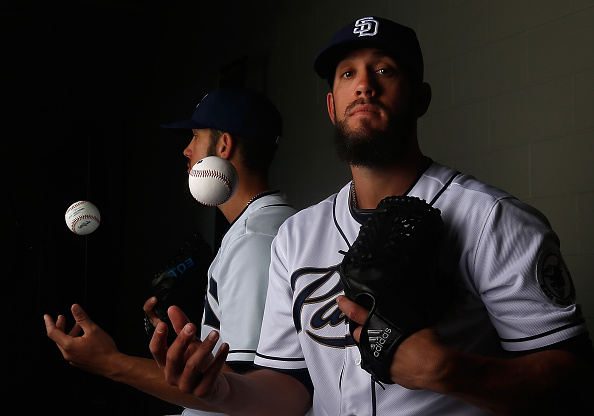 The World Series afterglow didn’t do much for them retaining talent either. Not that anyone really expected him to re-sign, but staff ace James Shields bolted for his hometown of San Diego. Also moving out to California was the incumbent DH Billy Butler who joined the A’s. Again, Butler leaving was anticipated, but it doesn’t make the loss any easier. They lost another starter to California as Nori Aoki signed with the Giants. Kansas City’s depth took a slight hit as Josh Willingham retired and back-of-the-bullpen relievers Scott Downs and Aaron Crow were sent packing.

Finnegan was drafted #17 overall by the Royals back in June. By September, he was in the Majors blowing away hitters as a left-handed middle reliever. He was so impressive in his short stint during the regular season that he was added to the playoff roster where he continued to pitch at a high level, making the already fantastic Royals bullpen even more fantastic.

In 2015, Finnegan could stick with the Royals bullpen and help that unit repeat their dominant 2014 season. Or he could be used as a starting pitcher, which was the plan when he was first drafted. That would likely mean Finnegan starting the season in the minors, but his relief work showed that he isn’t all that far from being able to pitch in the big leagues in any role. Should attrition strike the Royals rotation, Finnegan could be the one to get the call and he has the potential to be an impact arm.

There really isn’t much in the way of position battles in KC. Their lineup and pitching staff is pretty much set. A few of the tiny things to figure out are just how Yost will deploy Jarrod Dyson in conjunction with Alex Rios. Maybe it ends up being a platoon, maybe it ends up being a similar situation to last season where Dyson enters games late for speed and defense.

One area that is unsettled is left-handed relief. There is an ongoing debate about whether or not to keep the aforementioned Finnegan up as a reliever or have him develop as a starter. If they choose the latter, Franklin Morales is the front-runner from a litany of prospects and scrubs who will compete for that opening now that Tim Collins has been lost to Tommy John surgery.

Nothing of major concern is looming on the health front for the Royals. The only guy with a real medical red flag is Danny Duffy who suffered from shoulder and oblique issues late last season, but he is allegedly healthy right now. Other than that, they just need to hope that Salvador Perez doesn’t crumble into dust from overuse. There is the small matter of Alex Gordon getting a late start on spring training after offseason wrist surgery, but he’s expected to be ready for Opening Day.

With King James taking his talent to Mission Beach, the Royals need themselves a new ace and the hope is that Yordano Ventura can step into that role. Ventura was very good in his rookie year, but as the de facto staff leader, he’s going to have to take it to the next level. That means eating all the innings Shields used to eat, stopping losing streaks and, above all, becoming dominant rather than just pretty good. If he can do that, the Royals should be every bit the contender in the AL Central and barely even think about Shields. However, if Ventura runs into a sophomore slump, KC should prepare to embark on a new streak of seasons without a playoff berth.

Eric Hosmer has been a tantalizing talent ever since his impressive rookie campaign, but he’s also never been able to achieve that same kind of success. Every so often he will show flashes of the superstar potential he was once thought to possess. The most recent of those time came during the magical postseason run, so it has folks once again dreaming of Hosmer turning into a bona fide stud.

Because Hosmer is still 25, it feels like maybe that could have been a sign of him getting ready to breakout and not just him getting hot for a month. That’s really about all the support there is for Hosmer’s breakout candidacy though. Let’s not forget, he’s coming off his fourth MLB season and only managed to hit nine homers and post yawn-inspiring .314 wOBA.

Different year, same question. Even after their magical postseason run, the Royals have done nothing to quiet concerns about their limp lineup which was 9th in runs in the AL last year with 94 wRC+. Now they are headed into 2015 without OBP-machine Nori Aoki and the closest thing the Royals had to a slugger in Billy Butler. Those two have been replaced by Alex Rios and Kendrys Morales who might be two of the most wildly inconsistent veteran bats in the league.

In theory, those two should add a bit more thump to the Royals offense without slowing down their speed-based attack. However, both could completely crater and produce at just barely replacement player level, you know, like they did last year. That’s a lot to put on those two, but Kansas City doesn’t really have any other choice because their alternative is hoping that their young bats of Hosmer, Moustakas and Perez finally realize the potential that they’ve thus far failed to realize. 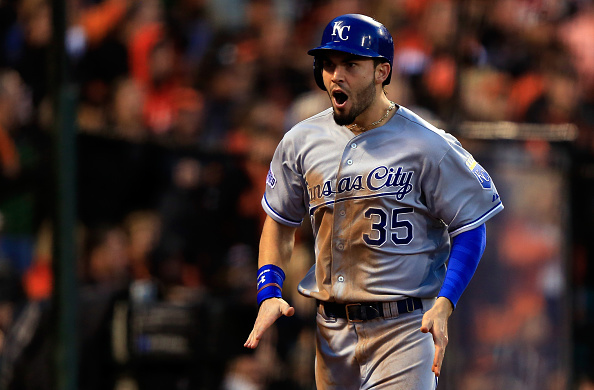 SAN FRANCISCO, CA – OCTOBER 25: Eric Hosmer #35 of the Kansas City Royals reacts after scoring on a Omar Infante #14 two-run single in the third inning against the San Francisco Giants during Game Four of the 2014 World Series at AT&T Park on October 25, 2014 in San Francisco, California. (Photo by Jamie Squire/Getty Images)

Best Case Scenario: The magic just keeps on coming. Hosmer, Moustakas, Perez and Cain all continue to perform at the breakout levels they did during the 2014 playoffs and give Kansas City an above average lineup for the first time in eons. Ventura and Duffy take big steps forward to fill the void left by James Shields and more. Ned Yost continues to display the progressive bullpen management he discovered in the postseason and somehow further taps into his elite relief corps. It all adds up the Royals winning 90+ games and running roughshod over the rest of the AL Central.

Worst Case Scenario: A worst case scenario is scarily easy to imagine for the Royals. Yordano Ventura joins the ever-growing list of flame-throwing youngsters to get taken down by the Tommy John epidemic. Salvador Perez breaks down completely. Hosmer and Moustakas continue to not live up to their prospect billing. Lorenzo Cain can’t pull another .380 BABIP season out of his backside. And suddenly everyone realizes that the rotation is relying heavily on Jason Vargas, Jeremy Guthrie and Edinson Volquez. Mix in an injury to one of the heads of their three-headed bullpen dragon and suddenly the Royals are wondering how they ended up sharing the basement of the AL Central with the Twins.

Realistic Prediction: While the rotation and lineup might look a little bit weaker, the major pillars of last year’s success remain intact. The Kansas City Royals remain an excellent defensive club with lots of speed on the bases and one of the most dominant bullpens in recent memory. They may not have quite as many leads to hand the bullpen as they did last year though thanks to their offseason losses, but it shouldn’t be enough to knock them out of the picture in the AL Central. The Royals have the look of an 84-win team, but with the way the rest of the division is shaping up, that could well be enough to keep them in the race for the division crown.