As the new season approaches (we’re less than a week away now), more and more predictions are being rolled out by websites, and well, just about everyone. We unleash predictions because having just one come true is a phenomenal feeling and we want proof that we, in fact, actually made them. Just imagine if you were the one to predict that Corey Kluber would be the best American League pitcher in 2014. How much would you be bragging?

While I’m not going to predict anything when it comes to the actual winners of this year’s Cy Young, I am going to attempt to find some dark horses who could end up in the race.

Quintana, 26, has only been in the big leagues for three seasons, but his numbers have gotten effectively better in each. His ERA, FIP and xFIP have dwindled in every season, culminating in a 3.32 ERA, 2.81 FIP and 3.37 xFIP in 2014. His fWAR has risen from 1.5 to 3.3 to 5.0, which was the eighth-best mark in the AL. Quintana has also figured out how to get batters out via the strikeout and how to limit his walks. His K% ranked 13th among starting AL pitchers.

Quintana is only an underdog candidate because his name isn’t Corey Kluber, Felix Hernandez or David Price. With that being said, however, his chances of winning the award have grown with Max Scherzer and Jon Lester now making homes in the National League. 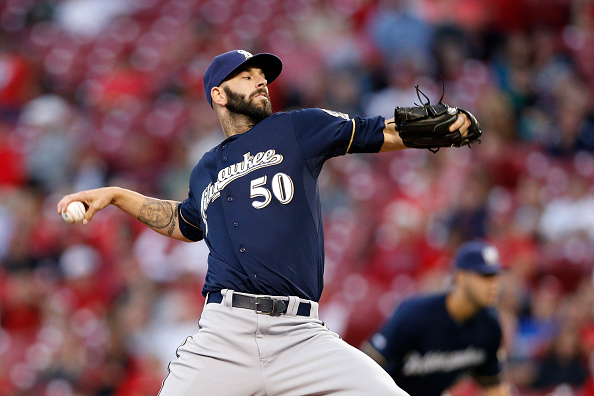 CINCINNATI, OH – SEPTEMBER 23: Mike Fiers #50 of the Milwaukee Brewers pitches in the first inning of the game against the Cincinnati Reds at Great American Ball Park on September 23, 2014 in Cincinnati, Ohio. (Photo by Joe Robbins/Getty Images)

I’ve been riding the Mike Fiers bandwagon for about two years now, and after a tremendous, dominating half season with the Brewers in 2014, I believe he is ready to covet at least a few Cy Young votes.

Fiers will be the fourth starter in Milwaukee’s rotation and is quite old (29) for only having 223.2 innings under his belt, but his prime seems to be now. Among starting pitchers who threw at least 60 innings in 2014, Fiers racked up the fourth-highest strikeout percentage. In 10 starts, he posted a 2.13 ERA and 2.99 FIP. His fastball barely touches 90 mph, but the way he hides the ball before he releases makes it difficult for hitters to pick up on. 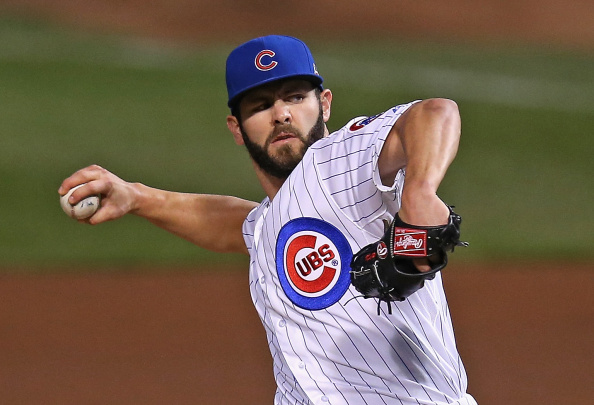 Jake Arrieta’s case is a difficult one to explain. During his first four seasons in the major leagues, Arrieta accumulated a career 5.17 ERA and 4.74 FIP. But then 2014 rolled around and he was worth 5.1 Wins Above Replacement in just 156.2 innings. So, because his success was completely out of the blue, history says he will regress this season. Steamer projects him to be worth 3.0 fWAR while ZiPS pegs him as just under a two-win pitcher. If either of those projections come true, Arrieta will not be receiving a single Cy Young vote.

However, there is a big reason why Arrieta’s new-found success could be for real. Before he made his way to the Chicago Cubs last season, Arrieta threw his fourseam fastball at 60% clip and was without a cutter (or slider depending on how you want to classify it). The Cubs altered his repertoire, and he started abandoning his fastball and utilizing a cutter. Randy Holt wrote a nice piece about this for Beyond the Box Score, but to sum up, Arietta’s fastball usage went down to 47.5% and he threw a cutter at a 28.3% rate for the first time in his career. He attacked the bottom of the zone with it, and that was ultimately the turning point for the right-hander. Maybe a cutter was all he needed in order to be a dominant pitcher. 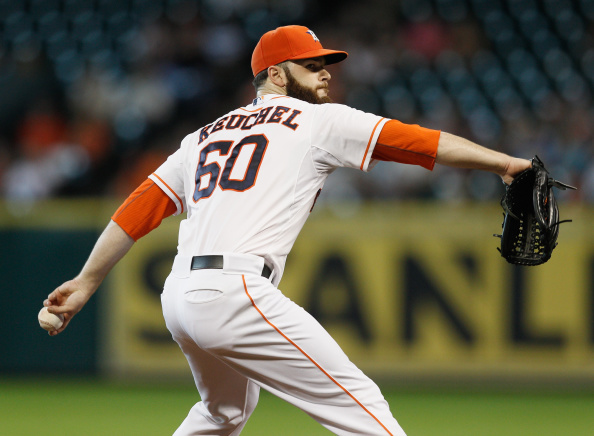 HOUSTON, TX – AUGUST 10: Dallas Keuchel #60 of the Houston Astros throws in the first inning against the Texas Rangers at Minute Maid Park on August 10, 2014 in Houston, Texas. (Photo by Bob Levey/Getty Images)

I’m a sucker for ground-ball pitchers, and no starting pitcher forced ground balls at a higher rate than Dallas Keuchel did in 2014. His 63.5 GB% dominated baseball, with the next closest pitcher coming in at 57%. In addition to his plethora of ground balls, Keuche is also a decent (not great) strikeout guy. There’s no better combination than keeping the ball on the ground and striking out guys, but in order for him to be considered for Cy Young, his 18.1 K% needs to rise at least a few percentage points. 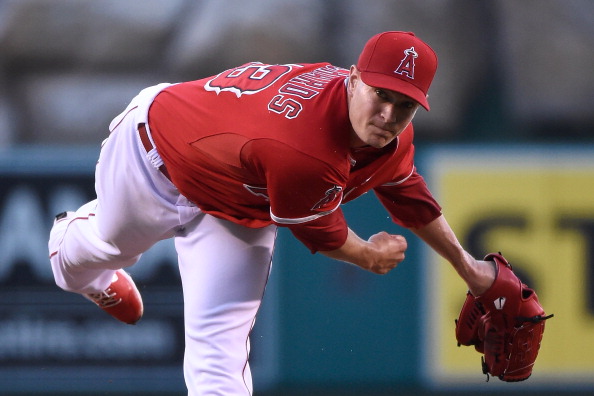 ANAHEIM, CA – JULY 24: Garrett Richards #43 of the Los Angeles Angels of Anaheim pitches in the first inning against the Detroit Tigers at Angel Stadium of Anaheim on July 24, 2014 in Anaheim, California. (Photo by Lisa Blumenfeld/Getty Images)

Garrett Richards was one of the top pitchers in baseball before he tore his patellar tendon in his left knee in late August. In 26 starts, he posted a 2.61 ERA and 2.60 FIP while striking out over 24% of batters he faced. He most likely won’t be ready to pitch in big-league games until mid-April, but if his knee holds up and it doesn’t affect his delivery in any way, he should pick up right where he left off.

Justin is a writer for The Outside Corner and is the founder of The First Out At Third. He has written for SB Nation, Bleacher Report and FanSided. He lives in Whitewater, Wisconsin.