Spring Training injuries are just the worst, right? The games don’t even count and yet every year a few teams have the entire course of their season derailed because a key player suffered a major injury. Sadly, this season is no different as we’ve already seen several major injuries impact the season, and we aren’t even halfway through Spring Training yet. Let’s take a look at some of the poor unfortunate souls whose injuries figure to have the biggest impact.

Yu Darvish
This is why we can’t have nice things and why Rangers fans are passing around a beverages from a cyanide-laced punch bowl. As you surely know, Darvish is down for the season after deciding to undergo Tommy John surgery to repair his balky elbow. In so doing, we were all robbed of one of the most entertaining pitchers to watch in all of baseball. Simultaneously, Texas just went from being charitably described as a dark horse in the AL West to just being described as “those poor bastards.”

Instead, Stroman’s season came to an abrupt end when he blew out his ACL during a spring training fielding drill. Out of all the Spring Training injuries so far, Stroman’s is probably the most impactful to the playoff picture. The Blue Jays were shaping up to be a contender in the AL East but the one big concern around them was whether or not they had enough rotation talent. With Stroman, their best pitcher, now gone the scales just dipped dramatically towards the “not enough rotation talent” side. 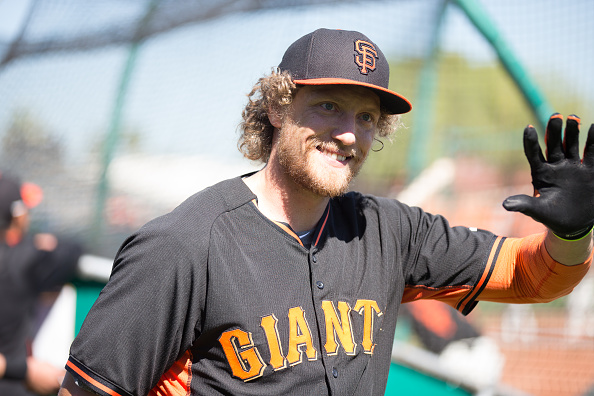 SCOTTSDALE, AZ – MARCH 4: Hunter Pence #8 of the San Francisco Giants looks on before a spring training game at Scottsdale Stadium on March 4, 2015 in Scottsdale, Arizona. (Photo by Rob Tringali/Getty Images)

Hunter Pence
The whole “Giants don’t contend in odd years” meme is already a tired trope, but after seeing Hunter Pence break his forearm after getting hit by a pitch, one can’t help but wonder if there aren’t some sort of mystic forces at play. Pence should be back in early May, but no team wants to begin their World Series defense by playing the first month of the season without one of their best hitters. Nor do they need this kind of a handicap when they have to share a division with a suddenly reloaded Padres team and an improved Dodgers squad that looks like a juggernaut in the making.

Cliff Lee
Let’s face it, the Phillies aren’t going anywhere. An injury to Cliff Lee is only going to to influence whether or not the Phillies are the worst team in baseball or one of the three worst teams in baseball. No, the real losers here are all the teams that were going to want some rotation help mid-season and Ruben Amaro’s ability to reload the farm system. A healthy Lee is a potential game-changer for a team looking to make a World Series push. A Lee that is trying to pitch through an elbow injury that requires surgery is simply a toxic asset. If Lee were to give and go under the knife, the situation only gets sadder as the surgery would very likely spell the end of his career. 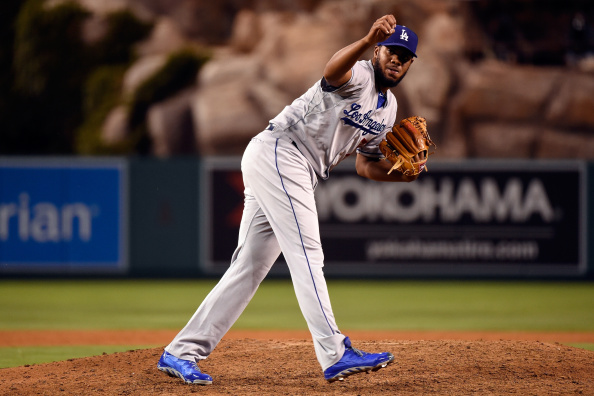 ANAHEIM, CA – AUGUST 06: Kenley Jansen #74 of the Los Angeles Dodgers pitches in the ninth inning against the Los Angeles Angels of Anaheim at Angel Stadium of Anaheim on August 6, 2014 in Anaheim, California. (Photo by Lisa Blumenfeld/Getty Images)

Kenley Jansen
The Spring Training injuries bug struck quite early with Jansen who needed to undergo foot surgery less than a week after showing up and camp. Position players hadn’t even reported yet. The surgery puts Jansen out until as late as the end of May. For all the big names they’ve acquired and all the money they’ve spent, the one area of weakness on the Dodgers roster even before Jansen went down was their bullpen. It was going to be a struggle just to find a reliable setup man for him, now they need to find someone to fill-in as closer for two month, too. That’s right, the Dodgers have an Opening Day payroll of $270 million and are going to have to roll with Joel Peralta or (gulp) Brandon League as closer for two months. Good luck with all that.

Chris Sale
Nobody knows exactly when Chris Sale will return from his fractured foot and sprained ankle, but every start he misses really hurts the White Sox. Maybe Sale just misses one start, but maybe he misses most of April. Either way, the Pale Hose spent a metric ton of cash this offseason to improve their roster and get back to contention. In an AL Central with four teams that all range from average to above average, it is very much shaping up for this division to be decided by just a handful of wins. The ChiSox sure would like to avoid giving away any wins just because Sale stepped on something left on the floor of his house.

Josh Hamilton
He is recovering from offseason shoulder surgery and likely to miss at least the first month of the season, possibly more. Even though nobody really knows what to expect from Hamilton offensively, his absence stretched the Angels outfield depth and-

Hmm, well, this is awkward. Maybe we should just cut this post off here.

/puts hands in pockets, starts whistling, slowly backs out of the room