First base has generally been thought of a position of extreme offense throughout baseball history. Teams have traditionally favored a first baseman that can mash the hell out of the ball rather than a guy with a solid glove, as you generally see in positions up the middle of the field. But when browsing some stats this weekend, I noticed something that caught me offguard – National League first basemen have generated a gross amount of offense this season.

Cumulatively, NL first basemen are hitting .282/.354/.473. That’s good for a .358 wOBA on the season (and includes non-starters who got spot starts at the position or players who came into the game as a defensive replacement). As a comparison, Alex Gordon has a .360 wOBA on the season, and Jose Bautista is at .359. The position as a whole across the league is hitting like those two perennial All-Stars, which is absurd.

Each team across the league has one player that has logged at least 200 innings in the field at first base, so we have a solid baseline for who the “regular” starter is for each club. The only regulars with a wOBA on the season lower than .330 (league average across all positions is .311, for what it’s worth) are Ryan Zimmerman, Matt Adams, and Michael Morse. The only three regulars with an ISO lower than .150 (again, league average is .143) are Adams, Yonder Alonso, and Morse. 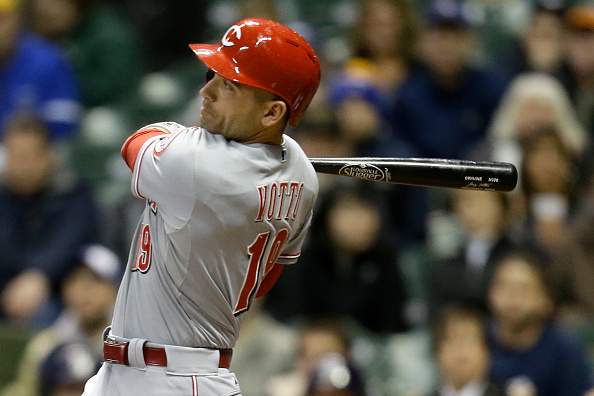 Even if you don’t care about fancy stats (if you want to consider them fancy, which I obviously don’t), only four regulars (Adams, Pedro Alvarez, Zimmerman, Morse) have a batting average lower than .260, and only three (Zimmerman, Adams, Morse) are getting on base at a less than .310 clip. The average MLB triple slash this year is .252/.315/.395, in case you were curious.

If you strip those five players out, you have ten NL first basemen, two-thirds of the league, who have performed at a high level this year. And it’s not even fair to say that Alonso and Alvarez haven’t performed at a high level – Alonso is hitting .333/.427/.437 over 26 games, while Alvarez has launched nine homers to go along with a career-high walk rate and a career-low strikeout rate.

But the ten players that are at least average across the board can all be labeled, whether fairly or unfairly. You have the young stars who have been beset by injuries, like Paul Goldschmidt, Joey Votto, and Brandon Belt. You’ve got the veterans that have dealt with injuries and ineffectiveness over the years, like Ryan Howard and Justin Morneau. You have the young beacons of consistency and stardom like Anthony Rizzo and Freddie Freeman. Then you have a scenery change guy in Adam Lind, a guy who finally started getting regular playing time in Lucas Duda, and a guy in Adrian Gonzalez who is following up three down years (for him, anyway) with an all-world start to the season. 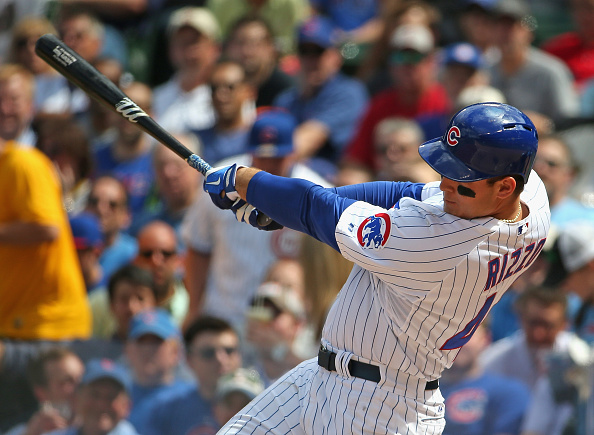 CHICAGO, IL – MAY 15: Anthony Rizzo #44 of the Chicago Cubs hits a solo home run in the 4th inning against the Pittsburgh Pirates at Wrigley Field on May 15, 2015 in Chicago, Illinois. (Photo by Jonathan Daniel/Getty Images)

Naturally, this is going to result in an tough situation when we roll into the All-Star Game in seven weeks. I would assume that either Rizzo or Gonzalez will end up winning the fan vote at the position because of the fact that both of their teams are playing quite well and that they play in large markets. Votto could drum up some support because he plays in Cincinnati where the game is being held, and Belt could get a bump in the aftermath of the Giants’ World Championship last October. Goldschmidt is also a strong candidate to make the team since the Diamondbacks aren’t exactly bursting with viable All-Stars.

Even with the DH in play in every All-Star Game, I can’t conceivably see more than five first basemen getting chosen, meaning that a few players are going to get the short end of the stick in one form or another (barring injuries, of course).

This is a good problem to have – there are too many good first basemen in the National League. The days of Gaby Sanchez and Bryan LaHair, All-Stars appear to be gone, and not a moment too soon.