Ah, the new year. A time for making resolutions to make yourself a better person, live a healthier life, and to be happier. And to completely forget about and ignore those resolutions a few weeks later. It’s a tradition unlike any other.

What if every team in baseball made a new year’s resolution at the start of 2016? What might that list look like? We took a stab at it:

Arizona Diamondbacks: To wear a different hat/uniform combination every game until they run out of choices, which should be right around the middle of 2017.

Atlanta Braves: To not ask for another new ballpark for at least five years.

Baltimore Orioles: To change their logo from the smiling Oriole bird to the crying Jordan meme just for kicks. 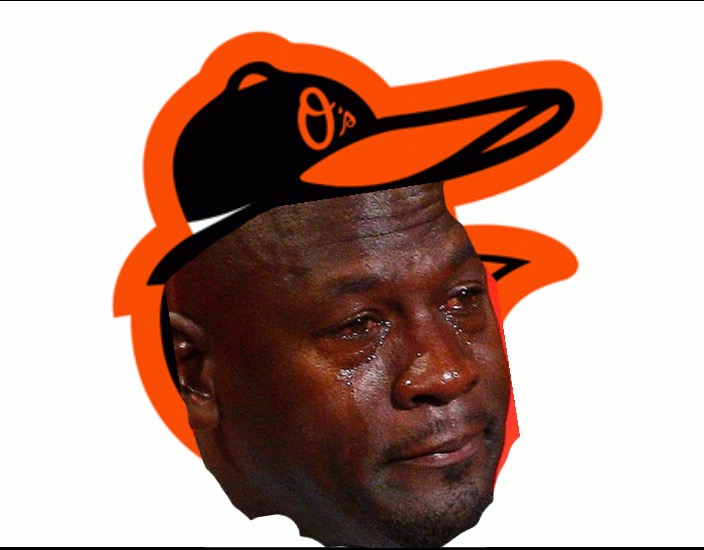 Boston Red Sox: To copy and paste all the old “we’re happy with Pablo Sandoval’s fitness” statements from the Giants onto paper with their own letterhead.

Chicago Cubs: To not trust anyone over 30.

Chicago White Sox: To change their marketing slogan to “the only Chicago baseball team to make a World Series since the end of World War 2.”

Cincinnati Reds: To be really mean to Brandon Phillips in hopes that he finally accepts a trade before April.

Cleveland Indians: To remind Cleveland fans that they could have it a lot worse by showing them Browns games.

Colorado Rockies: To finally get Dinger a pair of pants.

Detroit Tigers: To get the person who has to sew Verlander, Zimmerman, and Saltalamacchia onto the backs of their jerseys a really nice Christmas gift next year. 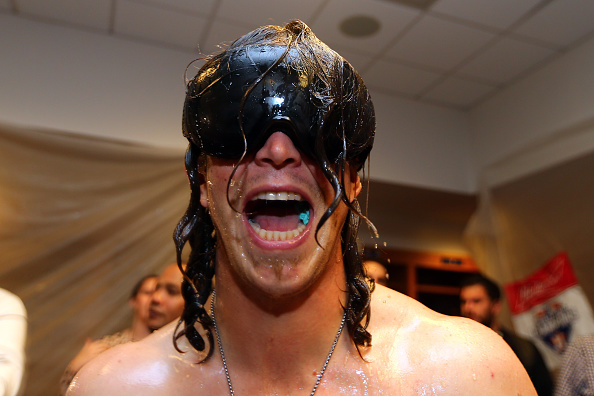 NEW YORK, NY – OCTOBER 06: Colby Rasmus #28 of the Houston Astros celebrates with his teammates in the locker room after defeating the New York Yankees in the American League Wild Card Game at Yankee Stadium on October 6, 2015 in New York City. The Astros defeated the Yankees with a score of 3 to 0. (Photo by Elsa/Getty Images)

Houston Astros: To get back to the playoffs so we can all watch Colby Rasmus party again.

Kansas City Royals: To figure out an excuse their fans will buy if the world champs let a productive fan favorite walk in free agency.

Los Angeles Angels: To build Mike Scioscia a replica of the Iron Throne to sit on during front office meetings.

Los Angeles Dodgers: To end their blatant bias against right handed pitchers and maybe start one or two this year.

Miami Marlins: To get Barry Bonds and Marlins Man their own reality show where they travel the country together attending various sporting events.

Minnesota Twins: To add “TC stands for Twin Cities” in small print under the logos on their caps so people will stop asking. 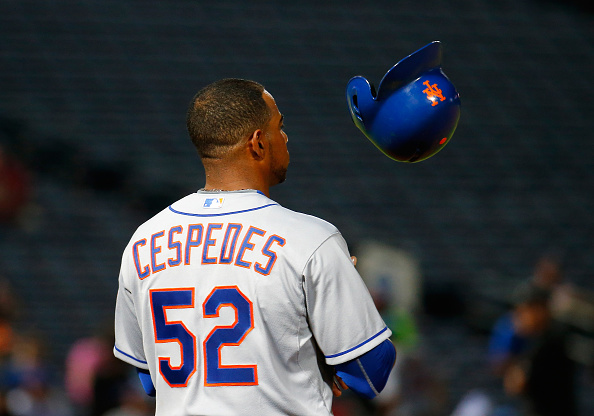 ATLANTA, GA – SEPTEMBER 10: Yoenis Cespedes #52 of the New York Mets tosses his helmet at first base while waiting on a pitching change by the Atlanta Braves in the seventh inning at Turner Field on September 10, 2015 in Atlanta, Georgia. (Photo by Kevin C. Cox/Getty Images)

New York Mets: To figure out what to do with all of those extra Cespedes shirts they have sitting around.

New York Yankees: To keep collecting power-armed relievers to the point where they don’t have to use any starting pitchers.

Oakland A’s: To get every player on the roster a pair of boots for the inevitable sewage flood that will hit the clubhouse.

Philadelphia Phillies: To hope the Eagles continue to be a train wreck so people don’t pay any attention to them while they’re rebuilding.

Pittsburgh Pirates: To play Michael Morse more often so fans can sing along to “Take on Me” when he comes up to bat.

St. Louis Cardinals: To figure out more passive-aggressive ways to tell Jason Heyward they’re mad at him for leaving.

San Diego Padres: To continue to trot out the most boring uniforms in baseball while teasing their fans with flashes of their old brown color scheme. 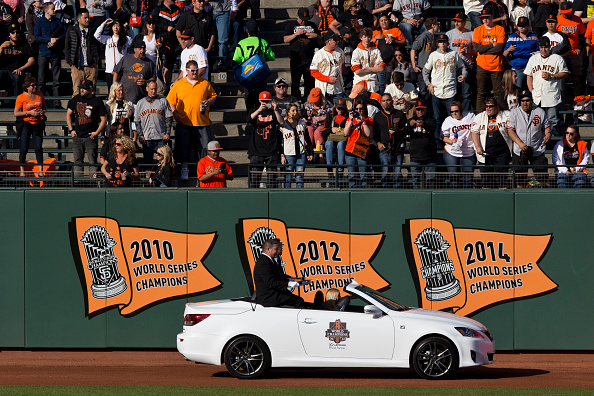 San Francisco Giants: Nothing (it’s already going to be an even year).

Tampa Bay Rays: To change their name back to the Devil Rays because it’s way, way cooler.

Washington Nationals: To try and convince other teams that Jonathan Papelbon is actually a super nice guy.