Last week, the Colorado Rockies announced that their Opening Day starter, a prestigious assignment typically reserved for the best and/or most respected pitcher on the staff, would be Kyle Kendrick. As in Kyle Kendrick, quite possibly the worst starting pitcher in baseball in 2014. Ladies and gentlemen, the 2015 Colorado Rockies! Get excited!

Upon seeing this news, it seemed non-hyperbolic to claim that Kendrick might be the worst Opening Day starter in recent memory. After a little bit of research it became quite apparent that Kendrick isn’t even close, which is really saying something because Kendrick, and I can’t emphasize this enough, is really, really bad.

So just who were the worst Opening Day starters of the 21st century, let’s take a walk down memory lane, a very dark, poorly lit, pothole-riddle lane:

Kevin Jarvis, 2002 Padres
Eight years into a 12-year career in which Jarvis posted a 6.03 ERA and coming off a season where he had a posted the lowest ERA of his career to that point at 4.79 (yes, the LOWEST of his career), the San Diego Padres looked at Jarvis and somehow thought it was a good idea to let him start on Opening Day. With a -4.5 career WAR, Jarvis is probably the worst pitcher on this list and the Padres should ever live in shame for what they did in 2002. Shame on you, Padres.

Ron Villone, 2002 Pirates
A career swingman who was coming off two consecutive seasons of an ERA upwards of 5.43 and thoroughly proving that he had no business being in a MLB rotation, the Pirates somehow thought that it was a good idea to sign Villone, plug him into the rotation and hand him the Opening Day honors. This turned out to be such a fantastic idea that Villone would only get six more starts over the rest of the season. 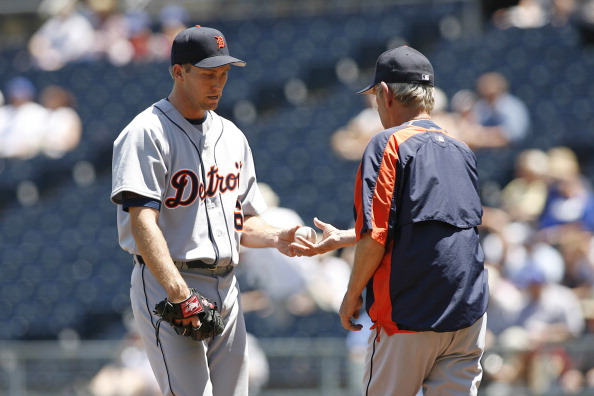 Tigers starting pitcher Mike Maroth is taken out by manager Jim Leyland during action between the Detroit Tigers and Kansas City Royals at Kauffman Stadium in Kansas City, Missouri on May 25, 2006. (Photo by G. N. Lowrance/Getty Images)

Mike Maroth, 2003 Tigers
After what could best be described as a middling rookie season, the 2003 Tigers were in such a woeful state that they had name Maroth as their Opening Day starter. This might’ve been defensible at the time, but after Maroth went on to finish the season with a 5.73 ERA, give up the most earned runs and homers in the league and finish with, wait for it… 21 LOSSES, his Opening Day starter status will forever live in infamy. 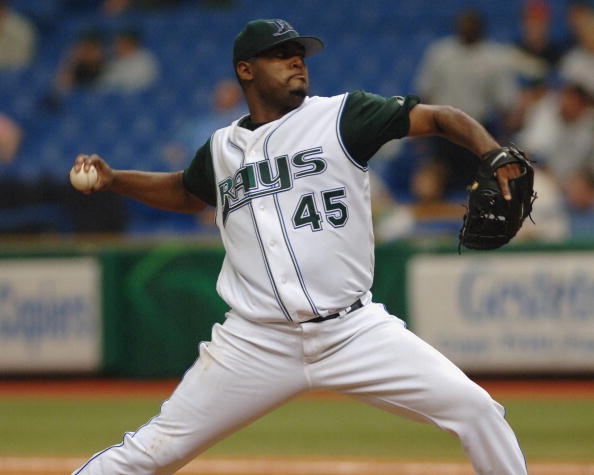 Dewon Brazelton, 2005 Devil Rays
To give you an idea of just how bad things were back in 2005, note that this was when they were still rocking the “Devil” in their name. This was the last year before Friedman and Maddon swooped in to save the day. But leading up to that Tampa was trying to ram failed prospects down everyone’s throat. Brazelton was the poster boy for that push. As a former #3 overall pick, the Devil Rays had been counting heavily on him to be a stud, instead he was a total bust, finishing his career with a 6.38 ERA and just 271 innings in the majors. His Opening Day nod was just a vain attempt to pretend as if he was ever close to realizing his potential.

Mark Hendrickson, 2008 Marlins
Mark Hendrickson’s claim to fame was that he used to play in the NBA and was very tall. What he wasn’t was a good pitcher. Despite this and his career 5.01 ERA to that point, the Fish ran the 34-year old out for Opening Day. Why? Because Jeffrey Loria hates you. 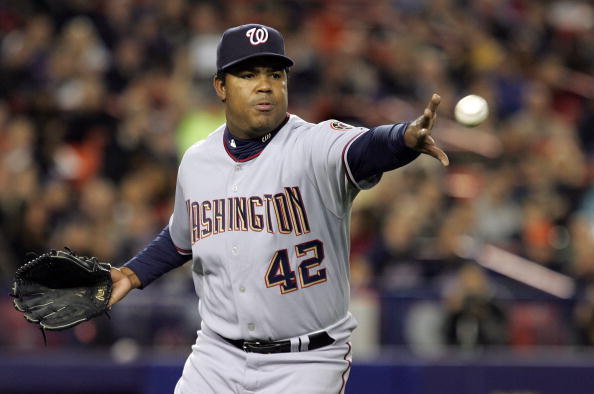 NEW YORK – APRIL 15: Odalis Perez #45 of the Washington Nationals fields the ball for an out against the New York Mets on April 15, 2008 at Shea Stadium in the Flushing neighborhood of the Queens borough of New York City. The players and coaches of both teams are wearing #42 in honor of Jackie Robinson. (Photo by Jim McIsaac/Getty Images)

Luke Hochevar, 2011 Royals
The Royals have made picking lousy Opening Day starters into a fine art. There could probably be a whole post just on their awful choices in the last 15 years, but no Opening Day starter speaks to their futility like Luke Hochevar getting the nod in 2011. Like Brazelton earlier, Hochevar was a failed high profile draft pick, but the Royals just kept trying to make him happen. After three MLB season, he had a 5.60 ERA and was just barely on the positive side of the WAR ledger. But the Royals don’t care. If Hochevar was never going to be good, Kansas City was just going to pretend like he was and hope that it somehow made it true. 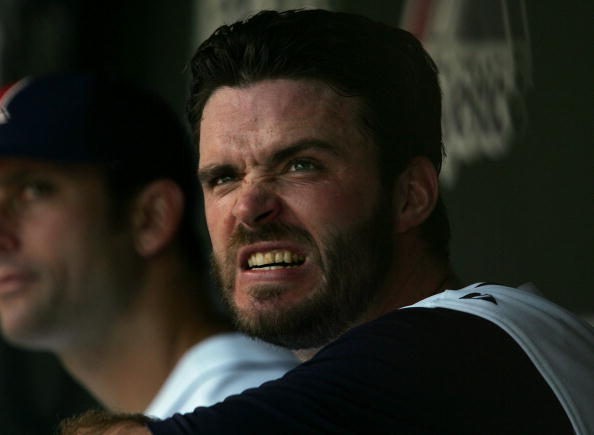 CLEVELAND – OCTOBER 02: Starting pitcher Scott Elarton #39 of the Cleveland Indians reacts in the dugout after being pulled out of a game against the Chicago White Sox on October 2, 2005 at Jacobs Field in Cleveland, Ohio. (Photo by Jonathan Daniel/Getty Images)

Scott Elarton, 2001 Astros and 2006 Royals
Last but certainly not least, Scott Elarton, also known as the Patron State of Terrible Opening Day starters. In 2001, Elarton was given his first Opening Day start by the Astros. At the time, this wasn’t the worst idea because he’d shown some potential working mostly as a reliever his first two season in the league before converting to full-time starter in 2000. That conversion went poorly, but the Astros threw caution to the wind and let him head up the rotation in 2001. Their reward? A 7.06 ERA.

You’d think this would serve as a cautionary tale, but clearly you didn’t count on the Royals. From 2001 through 2005, Elarton would compile a 5.78 ERA and -1.9 WAR. Oh, and he missed the entire 2002 season due to major shoulder surgery. Despite being absolutely terrible and having serious medical red flags, the Royals gave Elarton his second career Opening Day start. We should all consider ourselves blessed that the universe didn’t just implode on itself that day.