The Cleveland Indians went into the 2016 with a starting rotation so deep that Trevor Bauer was pushed into the bullpen and 2014 stand-out T.J. House was pushed to AAA. Top pitching prospect, Mike Clevinger began the year in AAA as well, along with other MLB-ready talent like Ryan Merritt. This team had the make-up to survive just about everything that could happen in a major league season and have certainly tested those limits.

While the primary rotation of Corey Kluber, Carlos Carrasco, Danny Salazar, Trevor Bauer and Josh Tomlin made the majority of the starts for Cleveland this year, each missed at least one game in the regular or postseason with injury. By the end of the season, they were running on fumes. Five of the Indians’ final 10 games of the regular season were started by Clevinger, Merritt, Cody Anderson and reliever Zach McAllister. All featured prominent use of the bullpen and were necessitated by Carrasco’s broken hand, Salazar’s strained right forearm and Kluber’s quad injury.

Despite limping into the postseason, the Indians were able to recover and sweep Boston in the ALDS without Carrasco and Salazar. The extra days of rest helped the bullpen recover and everything looked positive again until Bauer’s drone-caused laceration cost him the start in Game 2 of the ALCS against Toronto and forced his removal from Game 3 after retiring just two batters. 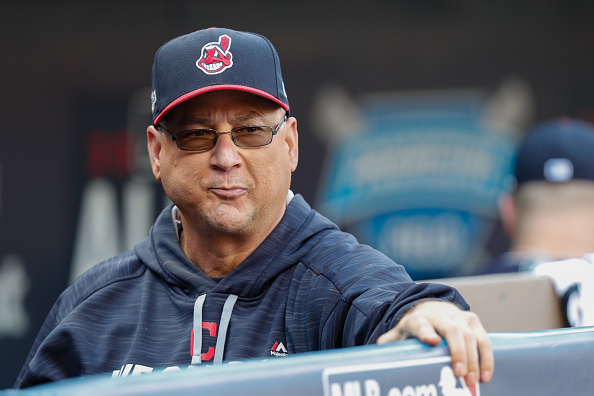 While this situation would have decimated most teams, it was one the Indians were very familiar with. In three of those five bullpen games mentioned earlier, from Sept. 27 through 30, the Indians starter went two or fewer innings, giving Terry Francona plenty of practice using his bullpen to stretch out a game. While he had a 38-man roster available at the time, he’s been a master of bullpen use since coming to Cleveland in 2013 and Game 2 of the ALCS may have been his greatest performance yet.

Whether or not Kluber is able to finish the series in Tuesday’s Game 4 or it continues, the Indians are easily the favorites to win the AL pennant and there will be more of the same in the World Series. Kluber is completely healthy now and likely to pitch on short rest multiple times along the rest of the way, and Tomlin will make his appearances. But beyond that, there are a bunch of question marks.

The Indians still have emergency options with Merritt, Anderson and Clevinger on the postseason roster in the bullpen. All have starting experience and have seen extreme success, along with times when things didn’t go quite as well. They aren’t dependable enough for Francona to trust in all likelihood (consider the fact that he has a reliever in Dan Otero who had a 1.53 ERA in the regular season and has used him twice for 2.1 innings in the postseason), but they very well could be needed. 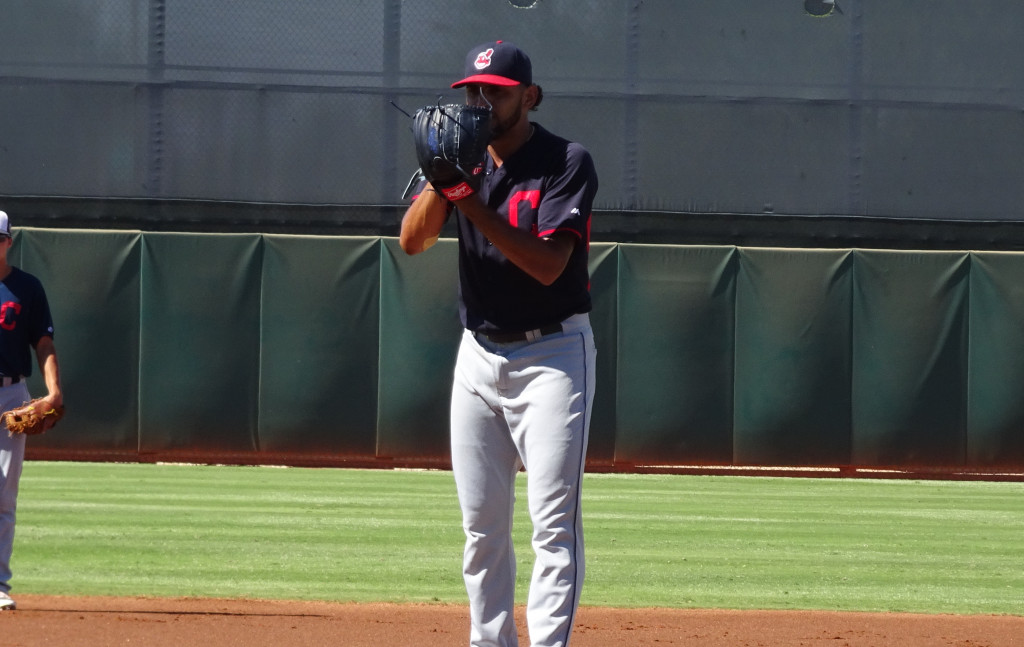 If there is a glimmer of hope, it is that Salazar could possibly be activated for the World Series. He was an option for the ALDS and ALCS, but each time was deemed not ready to come back. After pitching in Arizona in the Instructional League, he has returned to the team and threw a simulated game on Oct. 16 in Toronto. While he likely wouldn’t be able to start, he could be an extreme benefit to a bullpen that has seen its top three pitchers throw 20 innings through the first six games of the postseason.

If it seems like Francona is managing like there’s no tomorrow by using Andrew Miller, in particular, in this fashion, it’s because that’s the reality of the situation. If the Indians would had lost any of the first three games, it would have likely necessitated a start by Clevinger. While the Indians could survive a short start as they did in Game 3, that would be a less-than-ideal situation.

Now, with Bauer’s pinky injury exacerbated, his availability in the World Series is also in question. Obviously, the extra day of recovery time was not enough and he may be set back even further than he was after the original injury. If he can’t put pressure on his pinky without ripping his stitches out, the Indians could be sending multiple rookies to start games against the established rotations of either the Dodgers or Cubs. Even if this is the case, however, everyone should know by this time never to count out Terry Francona or a Cleveland team in the postseason in 2016.