Pitchers and catchers start reporting for Spring Training next week. We’re only a couple more weeks away live exhibition games. Baseball is almost back! So we felt it was a good time to take a look back at this offseason to see how teams have improved themselves–or in some cases didn’t. Here are the most – and least – improved teams in each league.

It doesn’t seem fair, does it? The rich getting richer, so to speak…er, write. The Red Sox were a bad team in 2015. They finished last in their division, 15 games back of first place, and eight games out of the Wild Card race. But they have a ton of money and a great farm system to draw from. That’s allowed them to bring in the best starting pitcher on the free agent market – LHP David Price – and trade for one of the best relievers in baseball – RHP Craig Kimbrel. They even swung a less publicized trade for Carson Smith which gives them an insanely deep bullpen.

Regression is something that gets talked about a lot in baseball. It’s one of those things that has kind of become a buzzword, and it’s full meaning tends to get lost. You see, regression to the mean works both ways. Pablo Sandoval and Hanley Ramirez were truly awful in 2015. But regression to the mean likely indicates they should be somewhat improved this year. That would be “positive regression” or “progression” to the mean.

Even without that we’re probably looking at a Red Sox team that has improved by 10 wins, which is a huge swing. They are arguably the best team in that division now, and if they’ve fallen short of that, they’re still easily in the running for a Wild Card spot. And to boot, they still have a top ten farm system from which to make mid-season trades. It’s just not fair.

The White Sox might have made the most moves to improve their team by a significant margin. They swung a dynamite trade for 3B Todd Frazier, likely adding a 3-4 wins without giving up much in terms of prospect value. They also added 2B Brett Lawrie. His career hasn’t really panned out like people once thought, but I still think he can be an average regular. If he can be a 2 WAR player in 2016 that alone will represent a three win swing from 2015 when White Sox second baseman were worth a combined -1.2 wins, worst in baseball. They also recently add Mat Latos on a one-year, $3 million bounceback contract. He’s been hampered by injury lately, and he might be an ass, but there’s a chance he’s a 2 win starting pitcher yet.

All of these improvements are nice, but I’m not sure it’s enough to propel them into the playoff discussion. They still need to do something about Avisail Garcia, one of the worst regular starters at any position last year. And SS could use an upgrade, though that could come from within if their top prospect at the position, Tim Anderson, is deemed ready. And even if we consider the best outcomes – note I write “best” and not most likely – they still only improved themselves about as much as the Red Sox did just by signing David Price. So not fair. 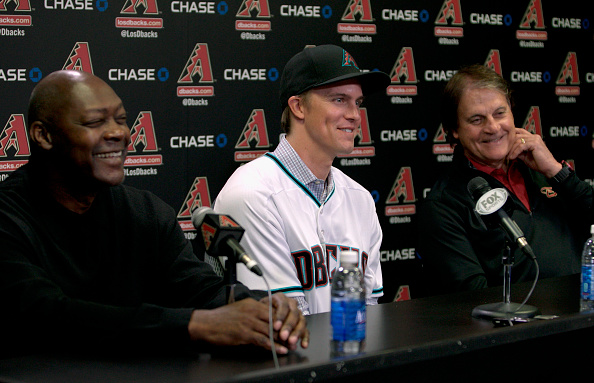 I’ll be honest with you. In some instances, and in my opinion, the Diamondbacks have both overpaid for players and downright done some stupid things – essentially selling Touki Toussaint and to a lesser extent Isan Diaz being the chief examples. However, it’s kind of inspiring to see a team just say, “Screw it, let’s go for it,” like Arizona has. They gave a huge contract to Zack Greinke. They traded for Shelby Miller. They traded for Jean Segura, who doesn’t get enough credit for his defense at shortstop. And most recently, they added Tyler Clippard to their bullpen.

I think after the Red Sox, the D-Backs might be the most improved team in baseball. Unfortunately for them, unlike Boston, I don’t think it makes them contenders. If they improved by ten wins – and we assume no regression from guys like AJ Pollock and Paul Goldschmidt who were amazing last year – that still only makes them an 89 win team. That’s probably not enough to wrestle a Wild Card spot away from one of the Nationals, Mets, Pirates, Cardinals, or Cubs.

The Cubs did a great job improving their team. They added Ben Zobrist, Jason Heyward, and John Lackey. That’s an impressive group. The only reason I don’t give them top honors is because they were already ridiculously talented. They won 97 games. I actually believe they’re now the best in baseball (at least on paper) but it’s hard to see them or anyone improving on 97 wins, only because that’s already a really high bar. 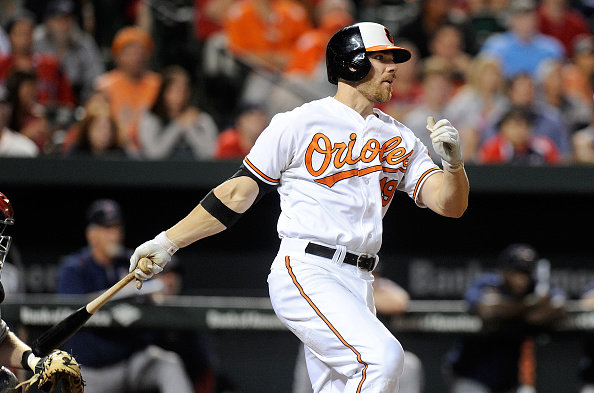 BALTIMORE, MD – SEPTEMBER 15: Chris Davis #19 of the Baltimore Orioles drives in the game-winning run with a single in the 13th inning against the Boston Red Sox at Oriole Park at Camden Yards on September 15, 2015 in Baltimore, Maryland. Baltimore won the game 6-5. (Photo by Greg Fiume/Getty Images)

The Orioles finished 12 games back of the first place Blue Jays, six games back of the first Wild Card spot, and five games back of the second Wild Card. It stands to reason, if they weren’t going to trade off assets in order to rebuild, then they make a concerted effort to close the gap between them and the other playoff contenders in the American League. Instead, the spent the majority of their funds re-signing first baseman Chris Davis, catcher Matt Wieters (thanks to him accepting their qualifying offer), and reliever Darren O’Day. All are good players, but the Orioles are just treading water with these signings. They still haven’t quite made up for the departure of Wei-Yin Chen.

They did just acquire Odrisamer Despaigne but he’s a back-end starter. Pitching depth is important for them though, as their top pitching prospects (Hunter Harvey, Dylan Bundy) both have extreme injury histories. The latest rumors have them approaching a three-year deal with RHP Yovani Gallardo. That could be a nice addition to the team, but he’s on the downward slope of his career and not nearly as good as Chen. And as I’m writing this, Buster Olney reports the O’s are considering Dexter Fowler. Adding both he and Gallardo would be a pair of legitimate, moderate to significant improvements.

But to date, the only real improvement I’ve seen so far is the signing of Korean outfielder Hyun Soo Kim, although that’s a gamble since this will be his first time playing in MLB. I think it’s fair that one could consider the re-signing of Matt Wieters as an improvement since he missed most of last year, but that’s a gamble as well considering his return from Tommy John surgery saw him produce a middling .267/.319/.422 slash line in 282 plate appearances.

There are other clubs that did little to improve their roster and one can quibble over which did the least. But make no mistake, the Orioles have not added much (yet) to a team that was barely a playoff contender a year ago. Even with the potential additions of Gallardo and Fowler, I’m not sure they’re in the playoff discussion. They might not be the third best team in their own division.

The Blue Jays made a huge effort to improve their team at the trade deadline. Most notably, they brought in Troy Tulowitzki and David Price. Since the offseason began they’ve done…well, pretty much nothing. They re-signed Marco Estrada and brought back J.A. Happ. They also traded Ben Revere for reliever Drew Storen. But none of those moves tilt the needle very much. Their biggest improvement will be having Tulowitzki for a full season, which isn’t an insignificant improvement and honestly probably adds more wins than Kim and Wieters for the Orioles, but it’s really the only thing that keeps them from being the least improved AL team. 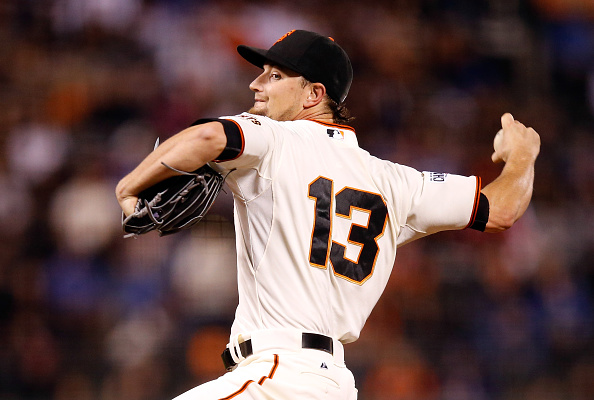 The Cardinals were the best team in baseball last year with 100 wins. I think they’re still a very good team, and very likely playoff bound. However, they lost Jason Heyward to free agency (to the division rival Cubs, nonetheless) and, unfortunately, Lance Lynn to an injury. In response, they’ve signed starting pitcher Mike Leake and Korean reliever Seung Hwang Oh. Both are nice additions, but when you consider what they had last year, it doesn’t quite get them back to that level.

Leake is an important piece to their rotation, but he provides stability more than performance. He’s a guy they can probably count on to make every start – well, as much as any pitcher can be relied upon not to get hurt, anyway. They really needed that in a rotation that includes a couple of high injury risk players, and one player that’s yet to log a full season at the major league level. As solid an add as he was, and as important as he’ll be to them, he’s nowhere near as talented and effective as Lance Lynn.

Oh is an intriguing addition, as he was an elite reliever in Korea. I’m inclined to believe his skill set will translate to MLB, but a reliever can only add so much to a team. So maybe, if we hope really hard, the combination of Oh and Leake will make up for the loss of Lynn. Unlikely, but let’s just pretend for a moment, okay? They still have to make up for Jason Heyward’s 6 wins.

So far it looks like they’re hoping Stephen Piscotty can do that. There is every indication Piscotty can be a productive major leaguer. But it’s highly unlikely he has a season as good as Heyward’s 2015 ever, let alone in his first full major league season.

When I add all this up, I think the Cardinals have taken a step back this year. Some of it was out of their control, mainly Lance Lynn’s injury. But maybe they should have tried harder to replace Heyward. Still, we’re talking about 2015’s best team. A 3-4 win step in the wrong direction probably still sees them end up in the playoffs, and that’s probably why they chose a course of inaction.

Speaking of inaction, the Pirates’ biggest moves this year were to trade second baseman Neil Walker for RHP Jon Niese, an admittedly sneaky good move considering Niese’s ground ball rate, the Pirates’ strong infield defense, and to a lesser extent the park, but it still only gets them back to where they were with AJ Burnett. They also brought in John Jaso to take over for Pedro Alvarez at first base, which is really more a case of addition by subtraction. The only reason they’re here and the Cardinals are where they are is because the Cards lost more than the Pirates did. But, much like the Cardinals, we’re talking about a team that was already really good and is still a strong playoff contender.