The Los Angeles Angels are probably not making the playoffs this year. They currently sit in last place in their division, sporting the second worst record in the American League. They’re almost as far out of the Wild Card race as they are in the division.

But the Angels aren’t the rebuilding kind – their owner is too rich, and the desire to win too strong, to commit to a years-long reclamation project. It’s clear, though, that changes need to be made. The Angels aren’t anywhere close to contending as currently constructed, and their farm system ranks as one of the worst in the game.

So how does a team that refuses to rebuild, uh, rebuild? There are a few steps they can take to try to make it back into the playoff picture next year:

Admit defeat: Sure, there’s a lot of baseball left to be played. But the Angels are going nowhere this year, and the sooner they admit that to themselves the better. That means no trading away whatever prospects are left in their system (and there aren’t many), identifying which players on the current roster are expendable, and make moves with an eye towards next year and beyond. There’s no shame in throwing in the towel when it’s clear the season is lost. 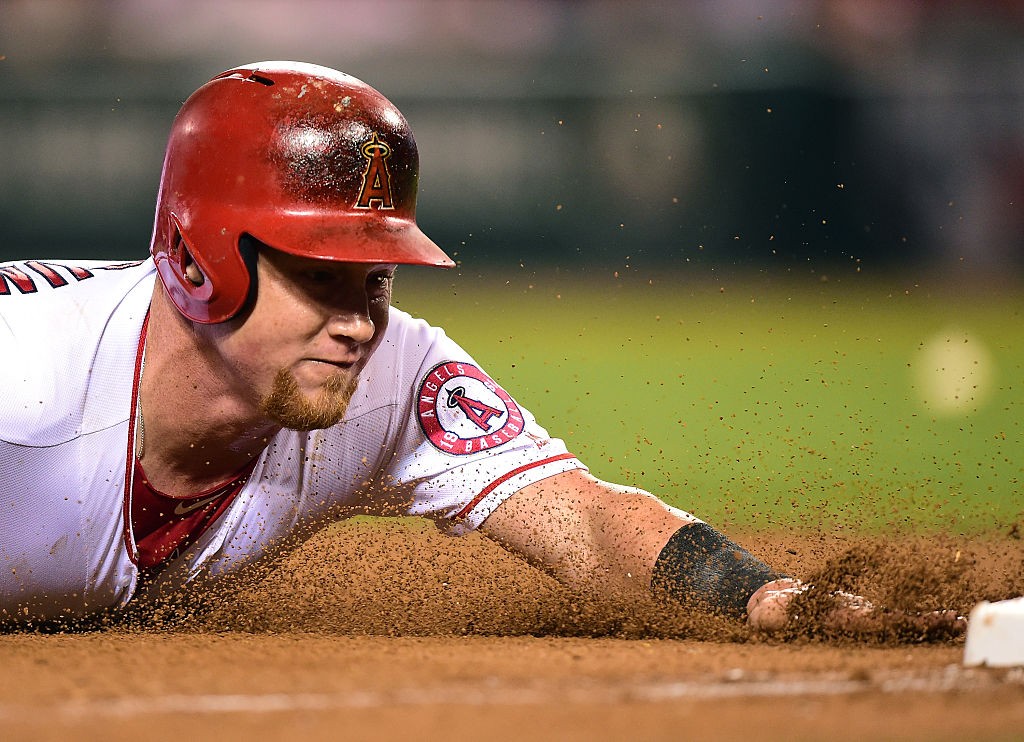 at Angel Stadium of Anaheim on June 24, 2016 in Anaheim, California.

Shop your expendable players: There are players on the roster currently that could help a contending team this year. A number of those players could be deemed expendable, guys the Angels could live without next year while getting something of value back now. For instance:

– Kole Calhoun, who’s having a career year at the plate, but will be 29 next year and eligible for arbitration. He could provide help to a contender like Cleveland or San Francisco that’s in need of an outfield bat and bring back something valuable.

– Yunel Escobar, who’d be enticing to a contender needing an infield bat. He’s going to be 34 next year and isn’t in the team’s long-term plans.

– Huston Street, because a last place team doesn’t need a high-priced closer. He may be having a down year, but his track record should attract plenty of interest on the market.

-Tim Lincecum and Jered Weaver, if any other team is willing to give up a prospect of any kind for them.

Don’t trade Mike Trout: Not unless it’s a deal that absolutely blows the Angels away. He’s signed to a reasonable deal (for someone with his talent) through 2020, and he’s still only 24 years old. He’s a franchise icon, the kind of player you build a team around. If you’re going to “rebuild,” it helps to already have arguably the best player in baseball to start with.

See if any of the minor leaguers can play: Projections aren’t always right. It’s possible that there are major league contributors in the Angels’ system, even if none of the prognosticators think so. Bring a few guys up over the last few months and see what they can do; if they perform, then that goes a long way towards making decisions for next year. If they fall on their face, it’s not like the Angels were winning anything this year, anyway. But they need to find out what, if anything, they have in their system.

Spend wisely: Next year’s free agent crop isn’t great, but the temptation will be there for the Angels to spend big in hopes of getting back into contention. They should resist this temptation if the fit isn’t right and not spend just to spend; that’s part of what put them in this position to begin with.

Accept that it might actually be a multi-year rebuild: Oh, who are we kidding? There’s no way that happens. These are the Angels we’re talking about, so there’s probably no way any of these actually happen. I can’t wait to see how much they spend this winter.