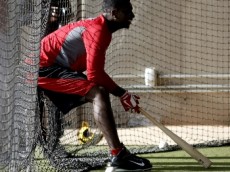 Didi Gregorius played solid and often spectacular defense for the Diamondbacks and hit .252/.332/.373, but finds himself locked in a position battle for shortstop in Phoenix heading into the 2014 season. Defense is a priority for the 24-year old from the small Caribbean island of Curaçao, also home to Braves standout defensive shortstop Andrelton Simmons. […] 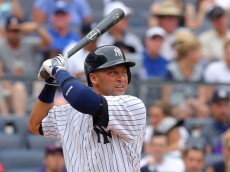 You may have heard a little something today about New York Yankees shortstop Derek Jeter announcing he will retire after the 2014 season. After 20 seasons in the majors with one team, Jeter’s plaque in the Baseball Hall of Fame should already have its location reserved  among the all-time greats. When the 13-time All-Star made […] 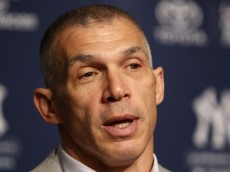 NEW YORK — With NFL prospect Michael Sam’s announcement earlier this week that he is gay, the sports world is abuzz with conversations about whether leagues are ready for an openly gay player. Major League Baseball is no exception. On Tuesday, Ken Rosenthal of Fox Sports wrote about the results of his survey of seven […] 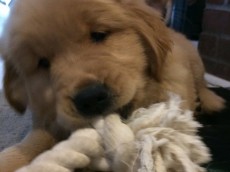 Last month we introduced you to the Trenton Thunder’s newest bat dog, a beautiful Golden Retriever puppy who needed a name before he could officially step in as a third generation bat fetcher for the Yankees’ AA affiliate. Last week, the Thunder announced that after several weeks of fan voting, the newest soon-to-be fan favorite […]

It’s Mr. Met. Frolicking in the snow at Citi Field. And making snow angels. All over the field. On a bright winter’s day. I mean, come on. How can you not love this? Metschick, one of my most loyal Mets fan friends, quipped on Twitter, this might be the most fun the Mets have at […] 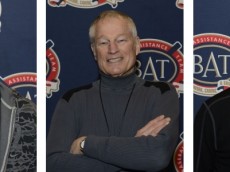 New York — The 2013-2014 MLB offseason has been a busy one. The Hot Stove was cooking early, Masahiro Tanaka finally chose a team, and MLB has announced several rule changes for the 2014 season, including expansion of instant replay and the elimination of home plate collisions. We had a chance to talk about some of the hot topics […] 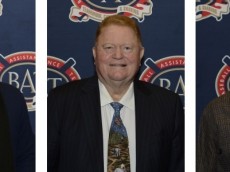 New York, NY — Nearly 100 former MLB players, including several Hall of Famers, gathered on Tuesday at the New York Marriott Marquis Hotel to support the 2014 “Going to Bat for B.A.T.” dinner to raise money for MLB’s Baseball Assistance Team initiative. Founded in 1986, B.A.T. is dedicated to assisting members of the Baseball […] 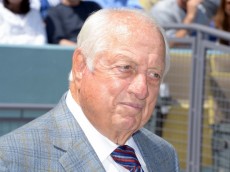 New York, NY — Despite the blizzard that’s descended upon New York and much of the Northeast, many members of the MLB community gathered today at the New York Marriott Marquis Hotel to support the 2014 “Going to Bat for B.A.T.” dinner to raise money for MLB’s Baseball Assistance Team initiative. Before the organization’s 25th […]

Remember that epic post-National Anthem standoff before Game 6 of the NLCS between Cardinals pitcher Joe Kelly and Dodgers outfielder Scott Van Slyke? Of course you do. The Cardinals’ AA affiliate, the Springfield Cardinals, announced on Friday that it would be commemorating the standoff with what will surely be one of the most popular promotional […] 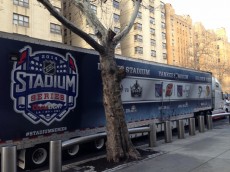 Since opening its gates in March 2009, new Yankee Stadium has hosted baseball games (duh), soccer matches, college football games (the annual Pinstripe Bowl), a boxing match (the “Stadium Slugfest” in 2010), and several concerts including Jay-Z, Eminem, Paul McCartney, Justin Timberlake and Madonna. Now, the House that Steinbrenner Built will host hockey for the […] 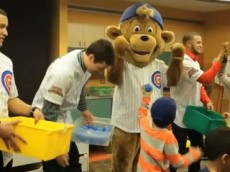 The Cubs have been pretty quiet this offseason, but they certainly made news on Monday with the introduction of Clark the Cub, the team’s first mascot in its 138-year history. Not surprisingly, the Twitterverse was buzzing over the bear with the backwards baseball cap and the already sad look in his blue eyes. Though Cubs […] 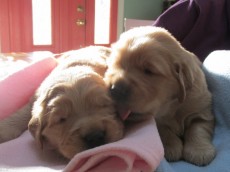 Is there anything better in the world than a new puppy? Maybe a new puppy that’s going to grow up to be a bat dog! Well, what exactly is a bat dog? That’s a valid question. It’s a dog (in most cases, a golden retriever) who is trained to retrieve bats during baseball games, of […]

Confession: I watch The Bachelor. I don’t really talk about it that much because let’s face it, I’m not proud. But sometimes I want to treat myself to mindless trainwreck television and The Bachelor provides just that. But I am a sports fan first and foremost. For that reason, I didn’t watch Monday night’s The […] 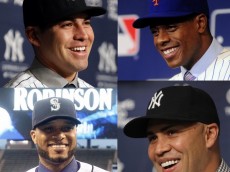 It’s a slow week in the baseball world and it’s Christmas, so why not combine the two? In honor of one of the busiest off-seasons we’ve seen in a long time, here are The Twelve Days of Hot Stove. Because any time you can take the words of a famous Christmas carol and replace them […]

Perhaps you’ve heard that the new movie “Anchorman 2: The Legend Continues” opened in theaters this week. And, bear with me here, perhaps you’ve seen a little bit of promotion for the latest chapter in the saga of Will Ferrell’s Ron Burgundy. This is news to you, I’m sure. Well, we have another addition to […]