Nobody wants to be a disappointment. To your family, your friends, your employer… to anyone, really. Being a disappointment is the ultimate failure, something you always try to avoid. There’s a reason parents say, “I’m not mad, I’m disappointed.” They know it’s the worst sting.

But sadly, disappointment over a 162-game season is inevitable. There are bound to be baseball players who don’t meet big expectations, and those that just simply looked awful. But the good news is, there’s always next year! Unless the player is retiring – there’s no coming back from that.

Let’s take a look at MLB’s all-disappointment team for 2016: 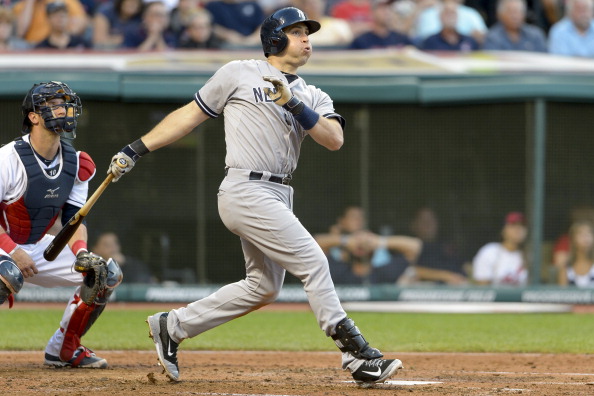 CLEVELAND, OH – JULY 10: Catcher Yan Gomes #10 of the Cleveland Indians pauses on the field during the fourth inning against the New York Yankees at Progressive Field on July 10, 2016 in Cleveland, Ohio. (Photo by Jason Miller/Getty Images)

Two years ago, Gomes looked like a future All-Star catcher when he put up a .785 OPS and slugged 21 homers on his way to a Silver Slugger award. Now, he looks like a liability that can’t stay healthy (and more importantly, can’t hit). He was terrible in 2016, ravaged by injuries and ineffectiveness. The Indians expected a lot more.

After finding the fountain of youth last year and posting his highest OPS since 2009, hopes were high that Teixeira could at least replicate some of that success this season. Instead, he had easily his worst full season as a major leaguer and that was enough to convince him to retire at the end of the year. The Yankees, surprise contenders through the last month, could have used a lot more production from him.

Gordon became a superstar last year and looked like he’d be a perennial All-Star for years to come. Then in late April, he was busted for PED use and suspended for 80 games. One of baseball’s most exciting players was tainted, and the Marlins push for a Wild Card berth was severely hampered without their leadoff hitter for half the season. A disappointment all around.

Duffy had one of the better rookie seasons in recent memory last year, and expectations were high this season that he’d help solidify the top of the Giants’ batting order and get them back into the playoffs. Instead, Duffy struggled at the plate, missed time with an Achilles injury, was shipped to the Rays at the deadline, and then had season-ending surgery. Definitely not the kind of year most thought Duffy would have.

It was tough picking a shortstop this year, since there wasn’t really one player who didn’t live up to expectations. But Espinosa wins by default, considering he’s on the brink of arbitration this winter. He did hit 24 homers, but struck out at an alarmingly high rate and didn’t walk all that much, either. His power will likely get him tendered a contract this winter, but his overall year might have the Nationals looking for a replacement.

It was always going to be hard for Heyward to live up to the contract he signed over the winter, but he fell off of a cliff in 2016 and had the worst year of his career. It was easy to overlook his struggles because of how successful the Cubs were as a whole, but there has to be tremendous concern in their front office over Heyward’s performance. He’s young enough to bounce back, at least.

The reigning MVP, in the prime of his career, poised to shatter records and continue on a Hall of Fame trajectory. That’s what the expectations were for Harper this spring and instead, he looked like an average hitter struggling to find consistency. Harper’s numbers were down across the board and his year was a tremendous disappointment, considering what he’s shown he’s capable of doing.

Another former MVP fallen on hard times. McCutchen regressed across the board this year, both offensively and defensively, and suddenly looked like a guy who shouldn’t be playing center field or carrying a lineup. He started to turn things around towards the end of the season, but it wasn’t enough to help get the Pirates back to the postseason. 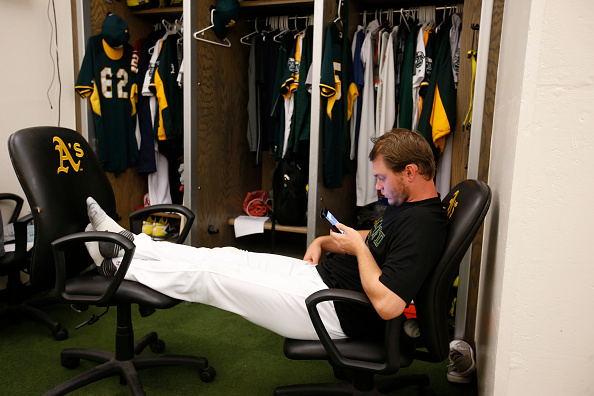 OAKLAND, CA – JULY 20: Sonny Gray #54 of the Oakland Athletics checks his phone in the clubhouse prior to the game against the Houston Astros at the Oakland Coliseum on July 20, 2016 in Oakland, California. The Astros defeated the Athletics 7-0. (Photo by Michael Zagaris/Oakland Athletics/Getty Images)

Gray looked like he was on track to be a perennial Cy Young candidate after his first few seasons, but fell apart this year while battling injuries and inconsistency. It’s fair to wonder if the perpetually rebuilding A’s missed their window to sell high on him. They likely won’t trade him over the winter while his value is low, so there will be a lot riding on how he responds next year.

This isn’t what the D-backs envisioned when they gave Greinke that monster deal last December. While it was unreasonable to expect a repeat of his masterful 2015 campaign, Greinke was a disappointment considering Arizona paid him to be an ace. Instead, he looked like a guy on the wrong side of 30 who can still be a competent pitcher but whose contract looks to be an albatross for years to come.

It’s no wonder Arizona lost over 90 games this year. Unlike Greinke, who at least looked passable, Miller was a total, unmitigated disaster on the mound. Things got so bad that Arizona even sent him down to the minors at one point. The D-backs gave up a mint in prospects to acquire him, were ready to dump him to Miami before ownership nixed that deal, and now they’re stuck with a guy who looks better suited to be a fifth starter than a top-of-the-rotation stud.

This was supposed to be a breakout year for Cole where he established himself as one of the elite starters in the game. Instead, he fought off nagging injuries and looked ineffective when he was healthy. It was a down year in Pittsburgh all around, and their ace’s struggles unfortunately set the tone. 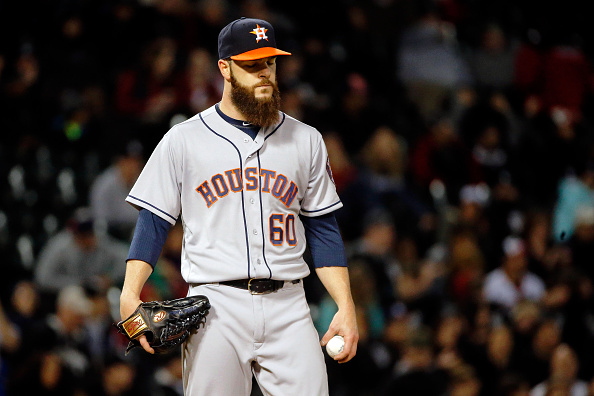 CHICAGO, IL – MAY 17: Dallas Keuchel #60 of the Houston Astros reacts after giving up a second run against the Chicago White Sox during the fifth inning at U.S. Cellular Field on May 17, 2016 in Chicago, Illinois. (Photo by Jon Durr/Getty Images)

Keuchel took a big step backwards after his Cy Young-winning season last year, and that’s one of the biggest reasons the Astros failed to make it back to the playoffs. He pitched well in spurts, but never looked like his dominant self from just a year prior. It will be intriguing to see if the Astros try to sign him to a long-term deal this winter, or whether they’ll let him go through the arbitration process.

His future might be in the starting rotation, something the Cards might as well try, considering there’s little chance Rosenthal regains his closer’s job. He was awful this year before an injury shut him down and by the time he returned, his job was gone. He could easily land on the “most surprising” list next year as a starter, though.