Last year, Major League Baseball tried something different with the Home Run Derby. The new format put more emphasis on head-to-head match-ups, and the time limit helped move the event along at a more brisk pace. For the most part, it worked. Last year’s Derby was one of the better contests in some time.

But the Home Run Derby is only as good as the hitters taking part. If it’s a boring field, the show will suffer as a result. So which players would make the best eight-man Home Run Derby bracket? Let’s take a stab and figuring out who we want to see smacking dingers all around San Diego next week:

Let’s get this one out of the way first: Absolutely, yes, Madison Bumgarner should be in the Home Run Derby. And no, it shouldn’t be in some ridiculous pitchers’ version. Bumgarner has real power, puts on a show in batting practice, and probably wouldn’t embarrass himself. It would give the Derby a needed boost and you can bet people who wouldn’t normally tune in would do so to see how a pitcher would fare. Also, Bumgarner has two career homers off of Clayton Kershaw. That should automatically get him an invite.

We’ve heard for years that Ichiro could hit 30-40 homers a year if he really wanted to. Barry Bonds recently said as much and if Bonds believes it, it’s probably true. And with his storied career winding down, what better time than now for Ichiro to add another accolade to his Hall of Fame resume? It’d be a heck of a thing for a guy with no home runs to win the Derby, but if anyone could do so, it’s probably Ichiro. Watching him try would sure be fun.

One of the biggest criteria for being invited to the Derby should be, can this player hit some absolute monster bombs? There’s no one in baseball who can hit them like Stanton can, so he should automatically get an invite every year. If MLB wants to put on a show, it needs to have Stanton and his light tower-power on display. He might hit one over the warehouse in Petco Park’s left field.

He’s leading the majors in homers, so his invitation should be a given. Plus, Bryant is young, dynamic, and the kind of player MLB should try to market and build around. Having him in their premiere All-Star event would be a good start. If he won it, even better. It also helps that he has ridiculous power and could put on a Stanton-level show if things fall into place. 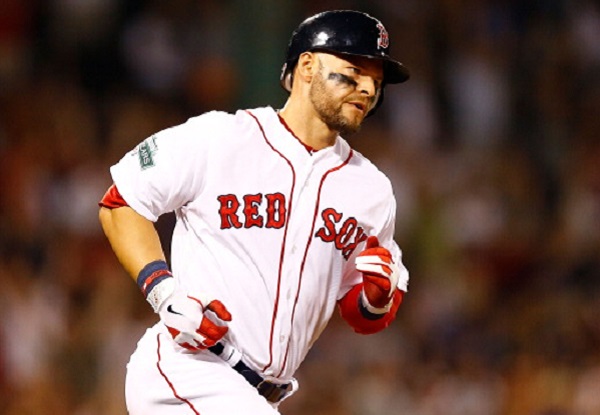 BOSTON, MA – JULY 01: David Ortiz #34 of the Boston Red Sox reacts after hitting a home run in the fifth inning during the game against the Los Angeles Angels of Anaheim at Fenway Park on July 1, 2016 in Boston, Massachusetts. (Photo by Adam Glanzman/Getty Images)

Love him or hate him, Ortiz is a showman and has the power necessary to kill it in the Derby. Add in his farewell tour and you have the makings of a great story, one that might bring a lot of eyes to TV screens. And would anyone really bet against Ortiz winning the whole thing? It’d almost seem preordained.

The defending champion should get an automatic invitation. Plus, Frazier is having a solid power year, ranking near the top of the league in homers, so it’s not like it’d be a pity invitation. Frazier might not be the most exciting player in the league, but he’s proven he can do well under Derby pressure and deserves to defend his title.

He might be the closest thing the American League has to Stanton, in terms of power. Chances are Davis would knock a few balls clear out of Petco Park, and just the chance of seeing that should be enough to get him a spot in the tournament. Davis is a big, strong guy who looks the part of the classic baseball slugger and the Derby needs someone like that.

Another guy with crazy power who’s challenging Bryant for the major league lead in homers. Trumbo may not be a sexy name, but chances are he’d perform well enough to win the whole thing. He’s having a career year at the plate, too, so it could turn into a case of everything coming up Trumbo in 2016. He’s another threat to clear the warehouse, too.