The Milwaukee Brewers definitely played baseball this season. That’s one thing you can say about them without hesitation.

Was it good baseball? Not always. But for the Brewers, this year wasn’t about contending for the division (impossible, when you share it with the Cubs) or even the Wild Card. It wasn’t even about finishing .500, though that would’ve been a nice surprise. Instead, it was about seeing which of their younger players could contribute at the big league level while using their more established assets to add talent to their minor league system.

To those ends, they succeeded: the Brewers found a few players they can build around, and they enter the offseason with arguably the best minor league system in the game after trading the likes of Jonathan Lucroy, Jeremy Jeffress, Aaron Hill, and Will Smith. So in a way, 2016 was a roaring success in Milwaukee.

Preseason Prediction: The question for the Brewers going into 2016 is whether they’ll finish fourth or fifth in the NL Central. I feel like they’re a better team than the Reds, but not by much. But as I said, it really doesn’t matter where the team finishes – success or failure is all about the performance of their prospects and other young players. It’s highly unlikely that they’ll all end up being superstars, but just some signs of hope would be welcomed in Milwaukee. (Joe Lucia, March 8) 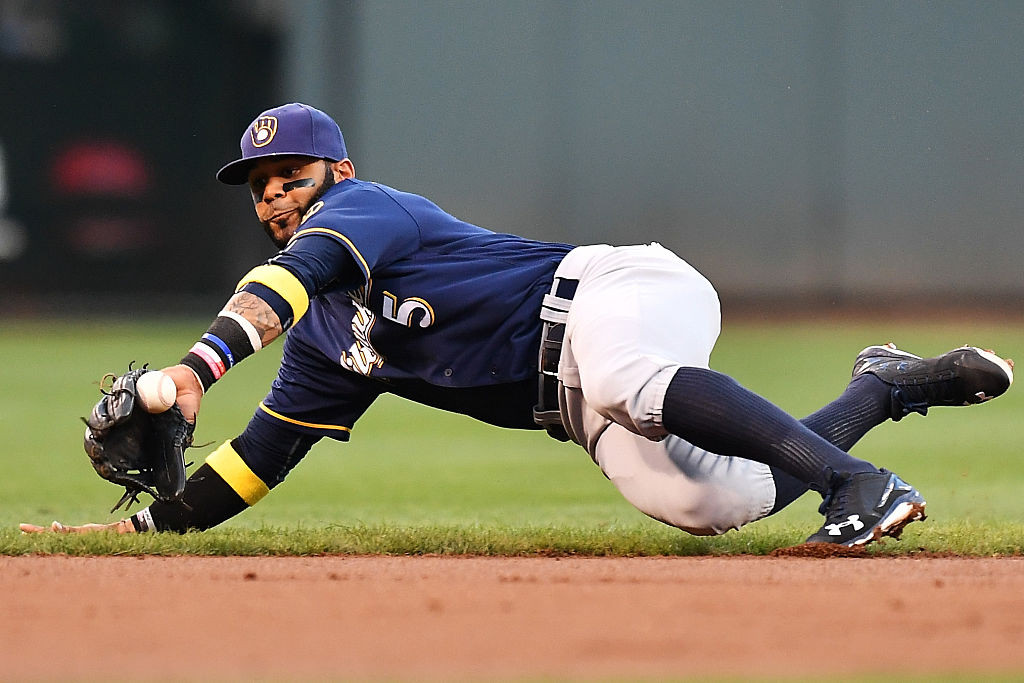 CINCINNATI, OH – SEPTEMBER 12: Jonathan Villar #5 of the Milwaukee Brewers dives to stop a ground ball in the first inning against the Cincinnati Reds at Great American Ball Park on September 12, 2016 in Cincinnati, Ohio. (Photo by Jamie Sabau/Getty Images)

What Went Right: Jonathan Villar proved he can play every day, slashing .284/.367/.444 with 16 homers and 57 stolen bases. His season wasn’t perfect – he made far too many errors and struck out far too many times – but he provided a spark at the top of the order and looks like someone the Brewers can count on in the future. Ryan Braun had his usual great year at the plate, and it wouldn’t be a shock to see him traded this offseason considering the prospect haul he’d bring back.

On the pitching side, 31-year-old rookie Junior Guerra was a revelation. He posted a 2.81 ERA across 20 starts before reaching his innings limit and looks like he could make the case to be next year’s Opening Day starter. Zach Davies had a strong year as well, giving the Brewers two quality arms to build their rotation around. And Tyler Thornburg slid seamlessly into the closer’s role after the Jeffress trade, which means the Brewers shouldn’t have to worry about the back end of their bullpen next year.

But the biggest thing to go right for the Brewers would be the growth of two of their better prospects, Orlando Arcia and Domingo Santana. Arcia is the top prospect in the organization, and after a slow start, he’s started to figure things out at the plate. He’s done enough to enter the offseason as the presumed starting shortstop next opening day. As for Santana, he also endured some lean times this year but has caught fire in September, slashing .321/.379/.679 for the month. He should be a fixture in Milwaukee’s outfield for years to come.

Oh, and they went 8-11 against the Cubs this year. That’s something to be proud of.

What Went Wrong: It’s hard to say things went wrong when the Brewers went into this season knowing they weren’t going to contend and focusing on building for the future. To that end, most of their season was a success: they found young players to build around, they cashed in their big trade pieces for young talent, and they might even avoid finishing in last place. So how can you pinpoint something that went wrong when they achieved what they set out to achieve?

Maybe a few things: for one, their team defense was poor and needs to be tightened up considerably. And they missed out on finding a trade partner for Braun, who’d likely bring back useful pieces if Milwaukee is willing to eat some of his salary. But that can easily be rectified this winter.

Most Surprising Player: No one paid the story much attention last October when the Brewers claimed Guerra off of waivers from the White Sox, and rightfully so: he was on the wrong side of 30 and had been out of affiliated baseball from over five years. He somehow turned into the team’s most effective starter, something no one saw coming, and gives the Brewers someone to pencil in as next year’s Opening Day starter (or a pretty nice trade chip to use in an offseason with a weak starting pitching free agent market). The best kind of surprise. 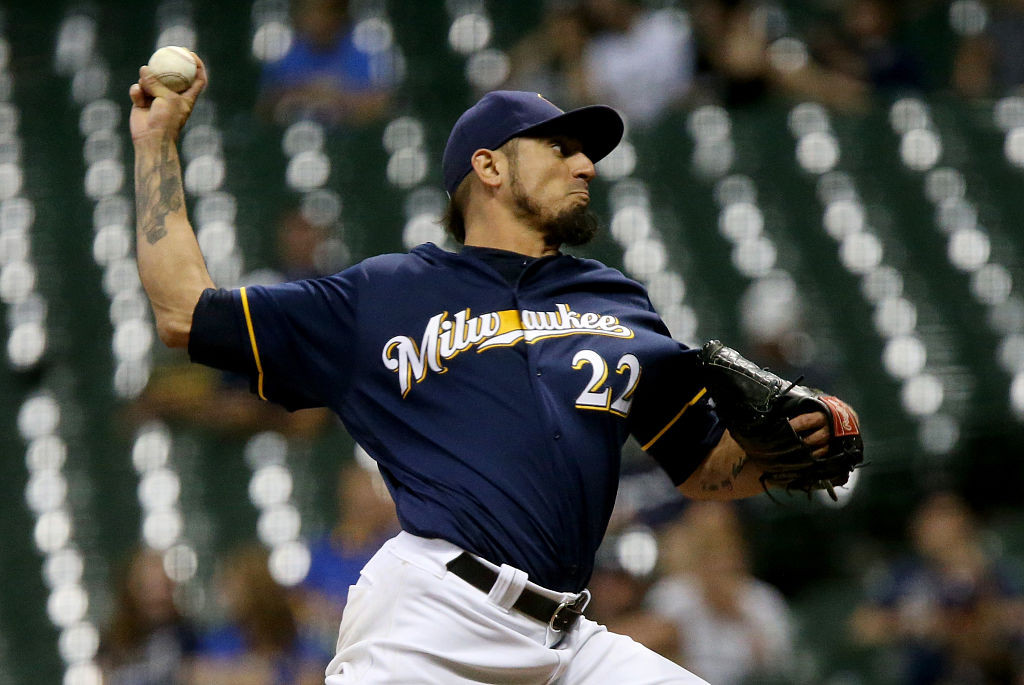 MILWAUKEE, WI – SEPTEMBER 20: Matt Garza #22 of the Milwaukee Brewers pitches in the third inning against the Pittsburgh Pirates at Miller Park on September 20, 2016 in Milwaukee, Wisconsin. (Photo by Dylan Buell/Getty Images)

Most Disappointing Player: Matt Garza is the kind of pitcher lousy teams sign to show their fans they’re serious about spending money. He’s not an ace, but you hope he’ll eat some innings and keep your team in the games he starts. Garza disappointed on most fronts this year, missing over two months with a lat strain and pitching ineffectively when he returned. At this point the Brewers would be ecstatic getting 170+ innings out of him next year, but that doesn’t seem likely given his age and injury history. The Brewers are stuck paying him for at least another year, and their best hope may be that he starts next season healthy and is reasonably effective so they can unload him at the deadline.

The Future: The Brewers boast arguably the top minor league system of the game, led by prospects like Arcia, Santana, Corey Ray, Josh Hader, Brett Phillips, Phil Bickford, Lewis Brinson, and Luis Ortiz. The continued development of those players is paramount to the team’s future, and the Brewers will go into next season hoping at least a few of them make the leap. Having the best minor league system obviously doesn’t mean anything unless the players emerge, but it does at least give Milwaukee fans reasons for optimism and the hope that their team’s rebuilding plan will come to fruition. It may take another season or two, but the Brewers have positioned themselves as a young, up-and-coming team to watch in the loaded NL Central.